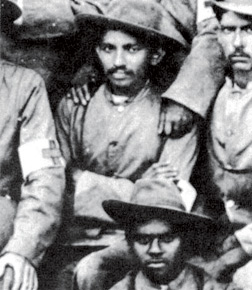 Arundhati Roy came into the limelight when she wrote a good novel about her village in Kerala, The God of Small Things, which won the Booker prize in 1997. However, being a good novelist does not qualify her to comment on history or politics. Her complete ignorance of the history of the National Movement in India and the role of Mahatma Gandhi (1869–1948) who led the freedom struggle to victory has been exposed by her description of Gandhi as a ‘casteist’.

Roy has for some time been indulging in sensationalism, making statements like this to catch the attention of the press. Perhaps she thinks that the best way to please the followers of Dr BR Ambedkar (1891–1956), Ayyankali (1863–1941), Marxist politicians and the advocates of Hindutva all at the same time is to denigrate the Father of the Nation. It is not necessary to criticise Gandhi to show one’s respect for and admiration of Ayyankali, who was a bold reformer from the ranks of the social group formerly known as ‘untouchables’ (Dalits, now). It is worth noting that Ayyankali himself had great regard for Gandhi’s efforts to liberate the backward and marginalised communities of India.

Like every member of his generation, Gandhi was also born and brought up in a caste-ridden society. He was taught to look at the Varnashram Dharma as the great ideal of Hindu society, and interpret the attitudes of upper castes only as a manifestation of this ideal. In the course of time, he realised that the ideal itself had to be criticised and rejected. After his visit to Kerala during the Vaikom Satyagraha, and his meeting with Sri Narayana Guru, he published the view that the theory of Varnashram itself had to be abolished. Gandhi wrote about this in the columns of Harijan and Young India, publications that he edited.

From the time of Gautam Buddha in the 6th Century BCE, several great reformers have attempted to reduce or eliminate the injustice and inequity created by the caste system in India. They did not succeed. It was only in the 20th century that, under the leadership of Mahatma Gandhi, the people of India made the struggle against the caste system an integral part of their quest for freedom from British rule and succeeded in declaring untouchability a crime under the Constitution of the Republic of India.

Now the fiction writer in Arundhati Roy is trying to obliterate these facts and replace them with fiction to please the critics of modern India.

Apart from exposing the colossal illiteracy of a good novelist on the recent history of India and the nobility of the Father of the Nation, this untimely outburst may yet have a positive outcome if it provokes a healthy debate on the caste system in India. It is unfortunate that many of the Left historians have blindly borrowed the ‘class’ concept from Western thinkers and completely or partially ignored the indigenous caste system, which had permeated Indian society and affected all aspects of life. This system has had a complex character and manifested itself in different ways.

The unquestioned authority of Brahmins, a caste group that migrated from north India to the south and then spread all over the country, was a significant aspect of the caste system. They were a group of intellectuals with privileged access to assorted knowledge resources. This, combined with the theory of rebirth, made the condition of the vast majority of ‘lower’ castes miserable. The system gave them no hope, since it didn’t offer any relief even after many, many rebirths. A large chunk of Indian society was always prepared to support any invader and serve him in the hope of self-upliftment, which caste rules didn’t permit ‘lower’ castes. This began happening under the regimes of Muslim invaders and later European imperialists, from the Portuguese to the British.

Every sincere Indian must admit that caste is in his blood. Mahatma Gandhi was no exception to this rule. The greatness of Gandhi lies in the fact that in the course of his public life, he came to realise this, and once he did, he struggled hard to break out of it. He tried to exorcise the devil. He went out of his way to serve those who were referred to as ‘untouchables’, helped them gain a measure of self-respect by calling them Harijans, the ‘children of God’. He decreed that Harijans were to get priority in all welfare schemes, and he openly declared that the day when a Harijan becomes the President of India will be the happiest day for him.

By calling Gandhi casteist, Arundhati Roy might be hoping to play the heroine to a group of extremists, but she is actually wounding the conscience of mankind. She might succeed in creating a ripple in the media and on some TRP-hungry television channels, but beyond that, Gandhi’s name or greatness are not going to be affected adversely. But her own image as a writer and a citizen will suffer irrevocably. One cannot get away by peddling false impressions of a great man for the consumption of the Western press or disoriented bleeding hearts looking for an opportunity to find and celebrate any distortion of the truth by randomly picking up sentences and utterances.

The people of India and the world at large know who served them and who sacrificed everything for the sake of the poor and the marginalised. They have the common sense to distinguish between a person of empty words and a man of action and courage, between a person who is genuine and who is just a fake.

Ironically, even BR Ambedkar, who had differences of opinion with Gandhi, had many a time pointed out that any kind of debate over freedom for the marginalised and the ‘lowest of low’ castes would not have been possible had Gandhi not ploughed his furrow through the political, cultural and social sphere of India.

Roy and her ilk must realise that she is a lesser being when it comes to understanding history and the message of Gandhi, who first said ‘God is truth’ and then said ‘Truth is God’, which shows how his thinking evolved over time. And that is what the novelist fails to fathom, and naturally so.

The Arundhati Roys of the world may have their 15 minutes of fame thanks to meaningless babble of the kind she tried spouting on Gandhi, whose name will endure through the ages for championing the cause of the poor and the disadvantaged.

It is a shame that a good fiction writer committed a sinful error by speaking about something she knows nothing of: history. History will forgive her because it will forget her empty talk. It was a kind of cocktail conversation, something she tried to engage in right before a meeting meant to honour a great Dalit reformer.

It was completely out of place, and she, out of her mind.