You Are Not Tiger’s Wife…

So stop berating him. Tiger Woods only owes his family an explanation, not us. All we can demand of him is golfing excellence. In any case, he is not the first world-class sportsman to face such embarrassment, if that’s what his ‘infidelity’ really is. It is a path down which some of the best athletes have strayed, and still stayed on top of their game. 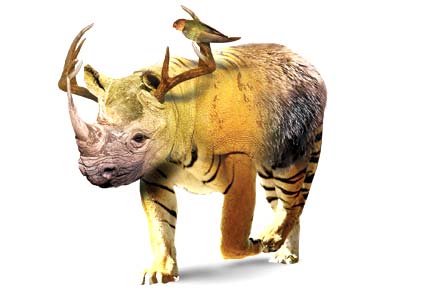 So stop berating him. Tiger Woods owes only his family an explanation, not us.


Tiger Woods made me cry. And no, it isn’t because I’m a New Man quick to turn on the waterworks. Nor am I the sort to spend hours in front of the TV when there’s golf on. But on a Sunday night in July 2006, a fortnight after Zinedine Zidane had spurned immortality in favour of a headbutt and left me on my knees with head in hands, I watched every single drive, chip and putt from the final round of the British Open at Hoylake.

How could one not? Tiger was the sportsman in excelsis of our generation, the child prodigy who breathed life into a game traditionally reserved for paunchy men in ugly jumpers. That afternoon, on an old links course that hadn’t hosted The Open since the days when the Beatles were recording All You Need Is Love, Tiger held off Ernie Els, Sergio Garcia and Chris DiMarco to win by two strokes. It was an imperious final round (67), and only after the final putt had been sunk did the guard slip.

As Tiger hugged his caddie, Steve Williams, and sobbed, I’m sure there must have been thousands of others like me who let go as well. All week, we’d marvelled at how a young man who had buried his father just two months earlier could show such composure and poise.

There would have been no Tiger without Earl Woods, and in the days prior to the win, everyone had been showing clippings from Bob Hope’s show of the two-year-old Tiger, accompanied by the father who dared to dream of a half Black-half Thai boy dominating an almost pearly-white sport.

I’ve shed no tears in the past fortnight, but I do feel betrayed. Not because Tiger strayed off the marital fairway. That doesn’t concern me, nor should it concern anyone else. No, I feel let down because each Tiger mistress has been more vapid than the other. Between them, they’d do justice to a chamber of horrors. What was he thinking? Most sportsmen, however modest their talents, manage a groupie or two. For the good-looking ones, the conveyer-belt is endless.

Next to the likes of Phil Mickelson, John Daly, Colin Montgomerie and others, Tiger is Milan ramp material. He can have no excuses for such poor taste.

And how can you even talk of a right to privacy when you hook up with someone who looks like she couldn’t even spell the word? Most of them have already jumped at the chance to sell everything from text messages to voicemail. What next? Dirty sheets on eBay?

It hasn’t helped that he faces his personal storm in a country where the sin-and-expiation culture is alive and well. Unlike the liberated Latinos and Scandinavians, Americans—like most others ruled or influenced for any length of time by His or Her Majesty—can’t let go of the idea that sex is something to be ashamed of. Would a book like Portnoy’s Complaint have been considered path-breaking in Brazil or Argentina? Would a player having an affair even be news?

Soon after he joined Manchester United in 2001, the debonair Juan Sebastian Veron told Simon Kuper of The Observer how he embarked on his colourful sex life at the age of 15 (“Like everybody, with a prostitute”) and of how his trophy cabinet was filled mainly with the panties he used to collect. Can you imagine poor Tiger being able to make such a confession? Would his advisors, who built up the image of someone more wholesome than an oatmeal cookie, ever have allowed such honesty?

Two years ago, I came across the footballer Stan Collymore in a Nottingham pub. Remembered by some for a couple of prolific seasons with Forest and Liverpool, he achieved notoriety after The Sun’s sting operation caught him ‘dogging’ near his home in the Midlands. Rather than go into hiding like Tiger, Stan the Man decided to confront the problem head-on. In an interview he said: “Surely if I was an addict, I thought, it would show itself in drink or drugs, but I had no problem there. I’ve had a few problems with food at various times but mostly it’s sex. And if you understand the addictive personality, what happens is that you act out when you are under pressure.”

Sex addiction and sport are hardly strange bedfellows. It’s testosterone that takes you to the top, and it stands to reason that it will manifest itself off the playing field too.

At the Palm Court nightclub in Georgetown during the last cricket World Cup, a former Guyanese opening batsman and I stood and watched as the modern-day West Indian cricketers did their best to score. “Look at dem, like ants around de sugarcane,” said my friend. “Know what de difference is now? Dem fellas don’t know how to perform on de field. ‘X’ [legendary fast bowler] used to go upstairs with four women some nights. De next day, he’d go out and take five [wickets]. Dis lot useless.”

As long as they’re discreet and don’t embarrass their wives or girlfriends, such high-fives are no one else’s business. Amid the avalanche of self-righteousness, it was refreshing to read Julia Baird in Newsweek. ‘Why do we even pretend that sports-people are models of propriety?’ she asked. ‘Or rather why do we need them to be? They are physically gifted, driven, and disciplined. That’s what you need to excel at sport. Not moral strength, courage, decency, or fidelity. These virtues are admirable, but are a bonus: they should not be an expectation. Yet we continue to project an irrational desire for the physically perfect to be spiritually strong.’

It was the same pathetic instinct that made someone blow the whistle on Sourav Ganguly in 2001, after a certain temple trip with Nagma. As a young rookie at the time, I was quickly put in my place when I suggested that it was a non-story. The reason given? The public has the right to know. Really? I would have thought that the public would be content as long as Ganguly continued to lead the team successfully, which he did for five long years.

Ganguly was no pioneer either. Nearly a decade after Viv Richards manfully acknowledged his liaison, and child, with Neena Gupta, Mohammad Azharuddin left his wife and sons for Sangeeta Bijlani.

Fortunately, or perhaps for fear that they’ll be denied exclusives, the Indian media hasn’t yet gone down the National Enquirer–Sun route. It will be a sad day when it does.

Where do these holier-than-thou journalists and commentators get off? Back in the early 1990s, Roland Fishman caused huge domestic upheaval in the Australian team with his Calypso Cricket, a [cricketers’] bed-hopping travelogue set in the Caribbean.

Greg Matthews, whose biography he wrote, had this to say: “Fishman lied to me. He bludged my money, my clothes, my bed and he told me he was writing a story about cricket in the Caribbean and the way of life. It was anything but that. I haven’t seen him since and next time I see him I’ll be spitting in his face.”

There are many who’d like to see Tiger prowling the fairways and greens again soon, but for that to happen, he needs to be as honest with himself as Collymore was. He doesn’t owe me or the world anything. He does, however, owe himself and his family some clarity.

Compared to how Magic Johnson’s life changed after discovering that he had HIV, Tiger’s problems are trivial.

I do hope he finds his way.