The balance is good, with the batting looking strong and the bowling available in full strength. And there are more than a few match-winners 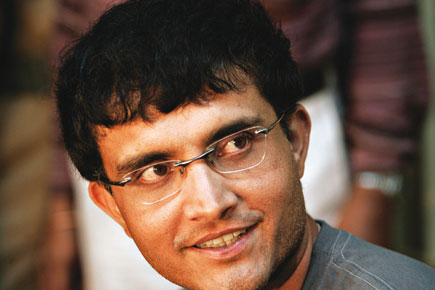 The balance is good, with the batting looking strong and the bowling available in full strength. And there are more than a few match-winners


Considering the long duration of the World Cup, 44 days to be precise, it becomes impossible to predict a winner. One can say, however, that India, South Africa, Australia and Pakistan will be competing for top honours.

Expectedly, there has been some debate over the composition of the Indian team. Cricket followers seemed to disagree with the exclusion of Rohit Sharma, S Sreesanth and Pragyan Ojha. Sreesanth, of course, came back to the team after Praveen Kumar was ruled out. I think the selectors and team management did what was best. I wouldn’t have done anything different had I been the selector.

The Indian bowling has variety. You have two left-arm seamers, Zaheer Khan and Ashish Nehra, along with two right-handers, Sreesanth and Munaf Patel. You have an off-spinner (Harbhajan), leg-spinner (Piyush) and a competent left-arm spinner in the form of Yuvraj Singh. There will also be the part-time spin of Yusuf Pathan and Suresh Raina. And Dhoni knows well how to handle them, depending on the situation.

What will India miss about Praveen? What does Sreesanth bring to the mix? Both are capable seam bowlers. It is sad that Praveen got injured, but I believe his chance will come. Sreesanth is back from a good South Africa tour and should be confident.

The bowlers will need skill and temperament to bowl when there is dew. How much dew there will be and where is hard to predict since that would depend on the day’s weather.

The Indian team as a whole inspires hope. It has a number of match-winners. The balance is good, with the batting looking very strong and the bowling available in full strength.

Sachin, Sehwag, Dhoni, Yuvraj, Yusuf, Harbhajan and Zaheer will play key roles for India. I wouldn’t worry too much about the injuries Sachin, Sehwag and Gambhir suffered recently. All three are fit. They are class players and the two warm-up games against Australia and New Zealand will be good enough for them to get into the groove. (As I write this, India have already beaten Australia in the warm-up game. Sehwag got a 50, Gambhir not that many. Sachin did not play. Nevertheless, it is always good to win, especially against Australia. But not much should be read into it. The boys should feel good about the win, but they shouldn’t go overboard.)

The format of the tournament and the gaps between matches have been widely discussed. Four of the seven teams in each group will qualify for the quarterfinals. In the group stage, some matches have eight days between them. There are some who fear this will compromise the intensity of the games. I’d like to tell them that World Cup matches never lack intensity. About the number of days between matches, I think the players won’t complain. They will be able to keep themselves fresh.

The IPL follows soon after the World Cup. I don’t think it will weigh on the players’ minds, irrespective of the money at stake in the IPL. The World Cup is a milestone event, and the players will want to give it all they have. My worry is they risk injuries.

This World Cup is being strongly associated with Sachin for sentimental reasons. Sometimes I’m asked about the time when the two of us opened for India in one-dayers. Fans remember this phase with fondness and are keen to know what our gameplan was when we went into the middle.
Our objective was to give the team a good start. We never discussed anything complicated. We kept it basic. We would try setting up different bowlers, and as we had played together long, we had a fantastic understanding.

There were many fruitful partnerships. I remember the 1998 Nidahas Trophy final in Sri Lanka. We mounted a world record opening partnership of 252 and India won. Sachin made 128, I got 109. There have been many more. It’s difficult to choose some over the others, as batting with Sachin was always a pleasure.

People ask me about my favourite World Cup memories. The 183 at Taunton against Sri Lanka stands out, as does my debut at Hove in 1999 against South Africa and the games against Pakistan in 1999 and 2003.

India came closest to repeating their 1983 win in 2003, when we reached the final in South Africa. Australia  outplayed us in the final at the Wanderers. Going all the way to the final and then losing was hard. It took me a month to get over the defeat. I’m asked if there is anything I would do differently. I wouldn’t. I’m asked if I still replay the match in my head. I don’t. I’m asked if I miss being a part of the dressing room. Again, I don’t. My time was up long ago and I have moved on.