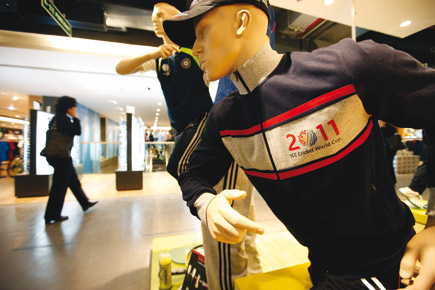 
Mayank Khandwala’s office is a medium-sized outfit on the second floor of the Bombay Stock Exchange tower. He is a stockbroker and director of one of the oldest brokerages in the country. Khandwala has another interest—cricket. As he is wont to say, he captained the Cricket Club of India team for a decade, and even led former India captains who are members of the club. He then became involved in administration as part of the Mumbai Cricket Association. In 2002, a year before the Cricket World Cup in South Africa was to start, a team of tourism officials arrived from the country. They were looking to appoint people who could market South Africa as a tourist destination while also selling tourism packages for the World Cup. Khandwala happened to meet one of them, who told him they were looking for a minimum commitment of 100 people to get to South Africa. The man who had only dabbled in stocks, investment banking and cricket, smelled an opportunity and decided to turn tour operator. “I told them ‘We can definitely get 100 people there.’ I’d partner with one of the travel companies to do it,” he says. By the time the event ended, Khandwala and his travel partner had ferried 2,200 tourists from India for the event.

Cutting Edge, Mayank’s travel company, is today one of the two ICC-appointed official travel agents in India for Cricket World Cup 2011. They get a specified quota of tickets for every match but can’t sell them as standalones; they have to either club it with accommodation or transfers to the venue. What annoys Khandwala about this edition of the event in his home country is the complete absence of government enthusiasm to capitalise on the event. “It would have been nice if they had correlated it with other offerings to attract tourism. When we were doing World Cup events in other countries, for example South Africa or England [this was a World T20], all their tourism offices started a year in advance to come down to India and market their tourism products. Nothing has happened this time.” Some 25,000 foreign tourists are expected for the event, but Mayank believes the numbers could have been far bigger. “Unfortunately, we Indians are always late,” he says.

Talking of (misplaced?) government enthusiasm, the recently held Common- wealth Games comes to mind. The budget for the CWG, according to one estimate, was around Rs 11,000 crore, not counting non-sports infrastructure. Club that, and the number is an estimated incredible sounding Rs 60,000 crore. This, for an event no one really cared for. Now guess the budget for the Cricket World Cup? A paltry Rs 500 crore or $115 million, said BCCI’s Ratnakar Shetty in one interview. The Cricket World Cup does not lead to new roads, flyovers or even hotels, even though it is the biggest cricketing event in the world, and by far and away the biggest draw with Indians.

Money is made off the event in many ways, starting with tickets. Neetu Bhatia, a former cricketer who captained the junior Maharashtra cricket team during her college days, returned four years ago from the US to set up Kyazoonga, a ticketing website for sports and entertainment events. They are the official online ticketing partners of the Cricket World Cup. Kyazoonga began selling tickets as far back as June 2010, nine months ahead of the event. Neetu says the response has been phenomenal. “We of course knew that the largest would be buyers from the Subcontinent. That the UK would be the second largest was also not surprising. Interestingly, the third largest market is the US.” Kyazoonga recently launched a retail outlet in Bangladesh, and within 36 hours of its opening, all tickets had been sold out. “We haven’t started selling Semis and Final tickets but for the three main Indian matches also, tickets are sold out,” she said.

The other money-spinner is merchandise, but of that there is little in India. India has no culture of buying sports merchandise like T-shirts and caps. Expected sales of official ICC merchandise are put at $1 million or Rs 4.5 crore. By comparison, Adidas sold over six million jerseys when the Fifa World Cup was on, and one jersey could sell for as much as €70. That’s six million multiplied by €70, or about Rs 200 crore!

But while turnovers are a fraction of Fifa numbers, plenty of brands piggyback on the Cricket World Cup. HDTV manufacturers, for one, will rake it in, since the event is being telecast in HD for the first time. “We plan to sell 250,000 units of Bravia HDTVs this season,” says  Tadato Kimura, general manager, mar- keting, Sony India. Sony has a Rs 100 crore multimedia campaign planned, with Dhoni as brand ambassador. A big chunk of that money is being spent on TV advertising. All kinds of unconnected products also get promoted—toothpaste, to take one example. The ‘Sach’ brand of toothpaste is touted as being ‘co-created’ by Sachin Tendulkar. When all that Tendulkar knows—or needs to know—about toothpaste is to brush with it. But since this is a good time for the Future Group to get into this market, and its fortunes would depend on whether Sachin maintains his scorching form during the event, why not stretch the claim? Who’s questioning it, anyway?

By far, the biggest money-spinner of the World Cup is the telecast business. All of it will go to the official broadcaster, ESPN Star Sports, which has the telecast rights to ICC events for eight years starting 2007. It paid ICC $1.1 billion for it. Industry sources say ESPN Star Sports expects a turnover of Rs 750 crore from the World Cup. A 10 second advertising slot will cost Rs 3.5 lakh.

The telecast logistics are mind-boggling. ESPN Star Sports has more than 400 people on the ground, primarily camera crew, to cover the event and 100 people at the backend for the pre- and post-match shows. “We have 27 cameras  covering every match. It can go up to 30 at the knockout stages. For the crew to go from match to match, we have booked three-and-a-half thousand flights.  And 13,000 room nights across centres. That’s the scale,” says Aloke Malik, managing director, ESPN Star Sports. If cameras break down, they have six broadcast kits on standby. These can be quickly packed and put on a chartered plane. Four of these kits will be stationed in India, and one each in Sri Lanka and Bangladesh.

For ESPN Star Sports, a World Cup in India couldn’t be better. Malik says, “More people will watch it because it’s in the Subcontinent and the timings are convenient. We’re  happy. We have sold 95 per cent of our [ad] inventory.”