Match-fixing is by no means endemic to cricket. If diehard followers of a game, whichever they follow, feel let down or enraged when such news breaks, they have only their own credulity to blame. 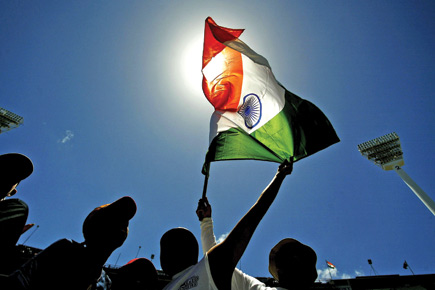 Match-fixing is by no means endemic to cricket. If diehard followers of a game, whichever they follow, feel let down, they have only their own credulity to blame.


Your favourite sport is not my favourite sport. My number one game is tennis. But I have watched enough cricket to acknowledge that it has something no other sport does, at least not to the same extent. Layer upon layer of complexity.

Cricket is harder than people realise. To start with, it is a long-format game. You realise it even when you play your amateur Sunday match. Squinting at the pitch from some unflattering fielding position, dust in the nails and eyes, you long to leave. But it’s only over No 9. Imagine what 50 overs must feel like.

Cricket’s oceanic proportions also dawn on you when you report a match. Seven hundred words into the piece, you’re still talking about the first innings. And probably only about the batting, given the nature of wickets these days. What about the next innings? What about the bowling spells? The tailender who got 30?

The skills and strokes are many, more than in other sports. A batsman has a 360˚  repertoire. Tennis players cannot guide forehands to third man. The bowlers do so many things as well. Spin or fast. And within each, a million tiny nuances. Variations in line, length and bounce. Different kinds of action, run-up and delivery stride. We haven’t even come to the field positions—you don’t have enough fingers and toes to count them on.

This, then, is cricket’s boast over other disciplines. It is the Joyce of sports, the most difficult to fully understand with the possible exception of chess. Unfortunately, the same complexity also makes it fertile ground for manipulation. There are so many things to play around with. Every little rule of the sport is an opportunity to count stacks of pound sterling for the Mazhar Majeeds of the world. Currently, of course, no balls are Vegas.

In the 1982 Asian Games hockey final, Pakistan defeated India 7-1. Mir Ranjan Negi, the Indian goalkeeper, was accused of having taken bribes. Years later, this formed the premise of Chak De! India. That Asian Games final was for many Indians the evening when innocence ended. Though Negi looked genuine, a convenient scapegoat and little else, we learnt that it was possible to fix a result, that victory could be arranged with something other than playing skills.

But the fatal blow to India’s sporting faith came from its greatest love—cricket. The period from 1997 to 2000 revealed that the sport was corrupt at several levels, and India the hub of evil. When Manoj Prabhakar identified Kapil Dev as the man who offered him Rs 25 lakh to underperform in an international match, a nation winced. We realised we had been the ultimate suckers. For many of us, those three years shaved off our belief in cricket, the Kapil chapter being the final, bloody flick of the razor. Palmolive da jawaab nahin.

Kapil wept on the Karan Thapar show, and for once it wasn’t because of Karan Thapar. He was hurt, he said. But we were not convinced. We were not going to be suckers one more time.

Some 20 years ago, Tom Alter would host a Sunday morning sports programme called Sportslight. At the end of a show, he would call a chosen viewer and ask him a trivia question.

“Whodunit?” Alter would ask into the phone. “So-and-so dunnit,” you’d  say. Your voice played, your mug flashed on the screen.

One Sunday, Alter called me. We did the routine and I added to my impressive tally of insignificant successes in life. After the match-fixing scandal, I would often imagine Alter’s question being about the culprits in cricket corruption. The answers would sound shocking. Whodunit? Not a bunch of slippery unknowns. But Kapil Dev, a man who won us the World Cup, a mascot of Indianness. Mohammad Azharuddin. A man courteous and generous to a fault. Those who knew Azharuddin from his early days still struggle to accept the changes he underwent.

What is also disappointing for Indian followers is that Asian players have consistently shamed themselves with their low resistance to material gifts. In various aspects of life, we claim a higher morality than the Western world.  But with the exception of Hansie Cronje, the major offenders in cricket corruption have been Asian. Though Pakistan is the habitual rogue, there are an embarrassing number of Indians in the list too.

It is true, however, that headline making corruption in sport started from the West. As a result, the Western fan has been slightly less gullible than his Indian counterpart, predisposed to deification. Fixing has been associated with Western sport since the early 20th century, if not before. No discussion on the subject can be complete without a detailed mention of the 1919 Baseball World Series. The contest, between the Chicago White Sox and Cincinnati Reds, was rigged. In exchange of money, Chicago agreed to drop the best-of-nine game series, and came to be known as the Black Sox.

There is a theory that Chicago fixed the games because they were disgruntled with Charles Comiskey, their thankless, parsimonious boss, and not due to greed per se. Comiskey, some accounts suggest, would do anything to avoid spending on his players. When the White Sox won the 1917 World Series, he gave the team a case of cheap Champagne. Eddie Cicotte, an important player, was promised a bonus of $10,000 if he won 30 matches for the team. When Cicotte made it 29 wins, Comiskey dropped him from the team.

The other version is that Chicago was in it only out of greed. Proponents of this theory say that Cicotte agreed to take bribes even when he had no knowledge of Comiskey’s plan to rest him for the 30th game.

What is beyond dispute is that Chick Gandil was the ringleader of the players.

Charles Arnold ‘Chick’ Gandil was a Chicago player about whom a writer said, “There was a bad streak in him that ran from his toes to his crown.” Now, either thanks to Comiskey’s stinginess or his own character, it was time for him to crack his knuckles, loosen up his neck and tap into that bad streak.

Sunken eyed and unsmiling, a mean version of REM lead singer Michael Stipe, Gandil colluded with bookmaker and gambler Joseph ‘Sport’ Sullivan to rig the World Series. In a meeting in Gandil’s room at the Buckminster Hotel in Boston, Gandil told Sullivan, “I think we can put it in the bag.”

Gandil rounded up seven of his teammates and the fix was on. But not everything went as planned. The money from the gamblers did not always come on time. When it did, it was often less than promised. With it, the players’ intentions changed. There were times when they decided to stiff the gamblers and play to win. Also, by now the press and public had got wind of the conspiracy. The Chicago players felt the pressure of several thousand eyes on their backs. So, trailing 1-4, they won two matches to creep up to 3-4. At this point, Arnold Rothstein, the mobster who was financing the payoffs to the Chicago players but had left things to his subordinates, got into the act. Rothstein issued dire warnings to a player. Chicago toed his line and the Reds won the World Series 5-3.

In the process of investigation, crucial evidence such as signed player confessions went missing. To general astonishment, the players were acquitted. But Kenesaw Mountain Landis, the newly appointed commissioner of baseball, banned all the eight players involved and the two suspected of participation from top tier baseball. Their core gone, Chicago, till then a champion side, sank. They had to wait till 2005 for their next World Series triumph.

Gandil and his mates lived out the remainder of their lives playing sideshow events. The scandal gripped the United States for years, and held a mischievous fascination for outlaws. This is manifest in Godfather II, when the character of Hyman Roth (Lee Strasberg in a Best Supporting Actor Oscar winning role) says to Michael Corleone, “I’ve loved baseball ever since Arnold Rothstein fixed the World Series in 1919.” But Rothstein also destroyed the notion that sports was about the best man winning.

Boxers routinely lose for money. Again, this has led to memorable characters in cinema.  This is an exchange from Pulp Fiction between gangster Marsellus Wallace (Ving Rhames) and boxer Butch Coolidge (Bruce Willis).

Marsellus: “In the fifth, your ass goes down. Say it.”

Butch: “In the fifth, my ass goes down.”

In the fifth, Butch’s ass does not go down. Butch’s ass double-crosses Marse- llus. He not only does not lose, he kills the other boxer. Then he escapes in a cab driven by the intoxicating Esmeralda Villa Lobos, who asks him, “So what does it feel like to kill a man with your bare hands? It’s a topic I’m very interested in.”

But this is not about movies, but sport. And what is good for movie fans is not always good for sports fans.

Year 2006 was a strange one for football fans, especially Italians. Italy won the World Cup. Simultaneously, it came to light that Serie A and Serie B, the top two rungs in Italian club football, were rigged. The Italian police discovered that major clubs had handpicked referees who would favour them in matches, chief offenders being then league champions Juventus. Juventus were stripped of their 2005 and 2006 titles and relegated to Serie B.

One of the architects of Italy’s World Cup triumph was goalkeeper Gianluigi Buffon. In the hot-tempered final in Berlin, Buffon brought off a stunning save against a booming Zidane header. It was a certain goal, but Buffon bent backwards to tip the ball over the bar.

Fans were still not sure how much admiration to expend on Buffon. Because he was also the goalkeeper of Juventus. He had admitted to betting on matches, if not fixing.

Tennis has not been free of the taint either. The game’s scoring system, its lurid cast of agents and ‘coaches’, the monetary needs of the disillusioned, and travel-weary players lend themselves to match-fixing. So does the sheer abundance of events in the calendar. There are several matches and players under investigation. The most high profile suspect so far has been Russia’s Nikolay Davydenko. In 2007, he was playing Argentina’s Vassal- lo Arguello in the Poland Open. Davydenko was by far the higher ranked player, yet the bets on legal betting websites were backing Arguello to win. Davydenko won the first set. Still the money was on Arguello. Arguello won the second set. In the third, Davydenko’s ass went down. He conceded.

There was no evidence against Davy- denko, and ATP (Association of Tennis Professionals) had to drop the investigation. But you’d be forgiven if you think the sport is not squeaky  clean.

Thus educated, a sucker no more, what approach does a fan take to sport? Follow a chosen few who seem to have a combination of skill and integrity. Federer, Nadal, Tendulkar, Dhoni, Messi. Watch the rest for their ability to bowl a pre-meditated no-ball and make it look like it was the wet patch on their run-up that caused offence.