The ghost of Rizwanur Rehman still haunts the Todis and their innerwear company, Lux Cozi. Even SRK can’t exorcise it. 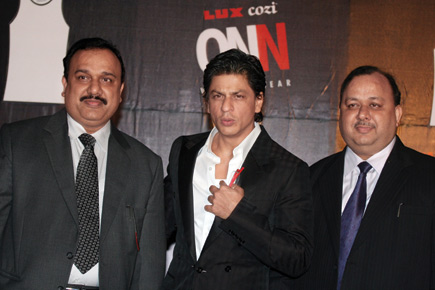 The ghost of Rizwanur Rehman still haunts the Todis and their innerwear company, Lux Cozi. Even SRK can’t exorcise it.


Rizwan ultimately stood up for Rizwan. Kolkata, while pleased, wants to see filmstar Shah Rukh Khan (SRK) go the whole hog and do justice to his reel-life namesake. Buoyed by the success of a vocal campaign to have SRK call off a deal between his Kolkata Knight Riders (KKR) cricket team and Lux Hosiery Industries Ltd, whose owners stand accused of driving Kolkata boy Rizwan to his death in late September 2007, this city’s denizens now want SRK to cancel his brand endorsement contract with Lux Cozi. Civil society groups and Muslim groups are, in fact, readying to take the campaign against this brand across the entire country and hit the Todis (the owners) where it hurts most—their company’s bottomline.

Following the public outcry over the KKR-Lux deal, under which KKR cricket players would sport the Lux Cozi logo on their trousers and the company would retail KKR T-shirts and fan gear with its logo on them, SRK has put the contract in deep freeze. Civil society groups had started criticising SRK for striking a deal with the tainted owners of this hosiery manufacturer.

Emotional appeals, like the one from Kishwar Jehan, mother of Rizwanur Rehman (alias Rizwan) who had married Ashok Todi’s daughter Priyanka in August 2007 and was harassed, threatened and thus driven to suicidal despair, flooded the filmstar’s mailbox. Many linked his role in his latest film My Name is Khan, in which his character Rizwan marries a Hindu girl, to the real-life travails of Rizwanur Rehman, and called on SRK to show sensitivity. Noorur Rehman Barkati, Shahi Imam of Kolkata’s Tipu Sultan Masjid, even asked people to boycott SRK’s film.

All this—the pressure and appeals—worked, and a KKR executive announced early this week that the deal with Lux was being put on hold, thus making this the first such instance where civil society activism has been successful in scuttling a business deal in India.

Naturally emboldened, civil society and other groups now want to punish the Todis by putting in place a nationwide boycott of Lux Cozi underwear, vests, socks and other hosiery products. An informal, unorganised and voluntary boycott of Lux Cozi products immediately after Rizwanur’s death in 2007 had hurt the company; this time, ‘Justice for Rizwanur’ groups in the real and virtual world hope that an organised boycott would bring the Rs 200 crore brand to its knees.

Kolkata’s Konscience Keepers (KKK), who emerged as the spearhead of the campaign to scuttle the KKR-Lux deal, have already set in motion efforts to reach out to other cities and make the anti-Lux campaign a nationwide one. Barkati is writing to Muslim organisations and imams across the country to enforce a boycott of Lux Cozi products. “We want to get justice for Rizwanur’s mother and family. The Todis cannot get away with what they did,” Barkati tells Open.

“The Todis used their money power to traumatise Rizwanur and drove him to take his life. They’re out on bail and it is a slap on the face of society that they share the stage with Shah Rukh Khan to promote their business. They have to suffer for what they did,” adds a prominent social activist who does not want to be named.

Issuing appeals online and through leaflets, organising processions and rallies, and picketing stores selling Lux Cozi products is what many have in mind. “We’ll also appeal to the people of the country to boycott Lux Hosiery Industries’ planned IPO (initial public offer) in the stock markets. This brand has to suffer. It did during the festive season in 2007 after Rizwanur’s death and the outcry that followed, but we intend to inflict greater and permanent damage this time,” says a renowned painter who’s part of KKK.

Back in 2007, after Rizwan, a graphics designer from a lower middle-class family, married Ashok Todi’s daughter Priyanka, her family directly threatened him and the Rehmans, and also used their clout to get the police to bully Rizwan. They got the police to forcibly separate the couple, and a terrorised and frustrated Rizwanur ultimately committed suicide on 21 September 2007. The unprecedented public outcry that followed shook the CPM-led Left Front government in the state. Angry agitations, candle-light vigils, rallies and a sustained public campaign forced the government to act, sacking five police officers, including the then Kolkata Police Commissioner Prasun Mukherjee and two of his deputies. The Calcutta High Court stepped in to order a CBI enquiry that indicted Ashok Todi and his brother Pradip, Priyanka’s maternal uncle Anil Saraogi and three police officers for abetting the suicide, besides recommending proceedings against the ex-police commissioner and one of his deputies.

The Todis are out on bail now, but the campaigners of 2007 are back on the streets with angry placards. They realise that if SRK were to cancel his endorsement of the hosiery range, it would deal a debilitating blow to the Todis’ business. “They used their money power to take a life. It would only be proper now to make them suffer financially,” says Barkati. Some leaders of Muslim groups like the Jamiat-Ulema-i-Hind have involved themselves too. “But this is not a campaign restricted to just one community. People are outraged and, as in 2007, an entire cross section of society, including the rich, have lent their voices and support to this campaign,” says the Jamiat’s Ashfaque Rehman, a university professor.

“The case (of Rizwanur’s death and the events leading to it) was a slap in the face of society and justice. It outraged everyone here. Lakhs participated in the campaign for justice. The memories of injustice, and the blatant collusion of state machinery with moneybags, have been revived once again. That’s why this fresh campaign gained ground so rapidly. It is a campaign that appeals to a person’s emotions and touches one’s heart,” explains social behaviour expert Ronit Sen.

Those who have thrown their hats in the KKK ring include doctors, lawyers, corporate executives, advertising professionals, college and university teachers, singers, painters, intellectuals and human rights activists.

“We’re now preparing a concrete action plan to take this campaign (to boycott Lux Cozi products) to the national level. Thanks to all the public support, and the professional advice we’re receiving from so many people, we’re confident of success,” says a KKK office bearer who does not want to be named just yet. “Let the campaign get launched, and then we’ll come out in the open,” she promises. A spoof on Lux Cozi’s ‘Aapna luck pehen ke chalo’ advertisement will form part of this campaign.

At long last, the Todis seem to be faced with their nemesis: mass recognition. But then again, who knows? As another undie ad cryptically says, ‘Yeh andar ki baat hai (It’s an inside thing)’.