Rahul Mehra, who successfully took the BCCI to court demanding transparency in its operations, seeks answers concerning the IPL. 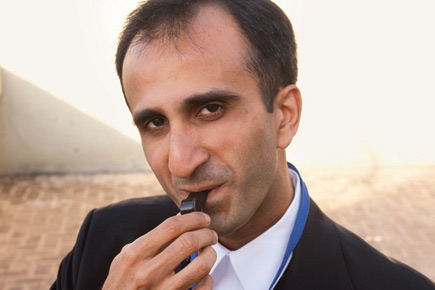 Rahul Mehra, who successfully took the BCCI to court demanding transparency in its operations, seeks answers concerning the IPL.


Q1 It has been settled by the Hon’ble High Court and Apex Court in my Public Interest Litigation (PIL) that the Board of Control for Cricket in India (BCCI), though a private party and registered under the Societies Act, is amenable to writ jurisdiction as it performs key public functions. Why then does the BCCI not hold itself answerable or accountable to the cricket-viewing public?

Q2 It is known that the BCCI is the richest board in the world. Why then is it concealing from the public its constitution, rules and regulations, minutes of meetings, annual audited financial documents such as profit & loss account, balance sheet, etcetera, documents pertaining to sale of TV rights, franchisee bids, sponsorship agreements, among others?

Q3 The Ministry of Sports and Youth Affairs, Government of India, has issued Revised Guidelines dated 14 August 2001 for Assistance to National Sports Federations, the violation of which can lead to de-recognition of the defaulting sports federation. Why then is the Sports Ministry not ithdrawing its recognition so granted tothe BCCI?

Q4 It is amusing to know that office-bearers of the BCCI, the Indian Premier League (IPL) and office bearers of the Member State Associations affiliated to the BCCI simply hold honorary posts. Why is running cricket not handed over to qualified professionals and other persons, including former players of integrity?

Q6 Is it not unethical for former treasurer of the BCCI and President of Tamil Nadu Cricket Association N Srinivasan to own the Chennai Super Kings franchise?

Q7 What were Sunil Gavaskar, MAK Pataudi and Ravi Shastri doing as members of the IPL governing council when various irregularities were allegedly being committed by Modi? Gavaskar and Shastri should also reveal how much they earn from the cricket board and the IPL as commentators, since they are no longer employed by private TV channels, but by the BCCI. Despite the conflicting roles of Gavaskar and Shastri, why have they again been appointed to work with the interim IPL chairman, Chirayu Amin? Are there no other prominent cricketers in India?

Q8 How many times in a year would the governing council meet to take IPL-related decisions? Do minutes of the meeting exist?

Q9 Many Indian cricket administrators are sent abroad on expensive trips. Why can’t this huge expense be curtailed in case the BCCI wants the public to believe that its administrators work in an honorary capacity?

Q10 The IPL claims to have made huge donations to various educational institutions in South Africa during Season 2. Has it been equally generous towards Indian charities?

Q11 When will the BCCI use some of its vast funds to offer better amenities for the paying public?

Q12 Why can’t the Government amend the definition of ‘public servant’ so as to bring so-called charitable institutions such as the BCCI and its office bearers within its purview? The Government should seriously consider the amendment of the IPC and the Prevention of Corruption Act so as to cover so-called honorary office bearers within the definition of ‘public servant’. They should be asked to mandatorily declare their assets, and if these assets are found to be disproportionate to their known sources of income, they could be prosecuted and punished in accordance with the law.

Q13 Why wasn’t trust built by the BCCI/IPL with its key stake holders, general cricket-viewing Indian public, by voluntarily disclosing the share holdings and ownership details of all eight franchisees so as to not only be clean but also be seen to be clean and above board?

Q14 The IPL has indulged in use of fireworks at a massive scale, which has contributed to noise and air pollution. This was at cross purposes with their stated goal of being environmentally friendly. Can the IPL explain why it did not collaborate with the United Nations Environmental Program (Unep) in Season 3?

Q15 Why was the report of Paul Condon, Director, Anti Corruption Unit, ICC, on possible match-fixing in the IPL not taken seriously by the BCCI? If mobile phones are not allowed in dressing rooms, why were team owners, their family and friends being allowed to enter dug-outs with their mobiles?