Anurag Thakur, who was elected BCCI president, has planned his cricket career with methodical precision 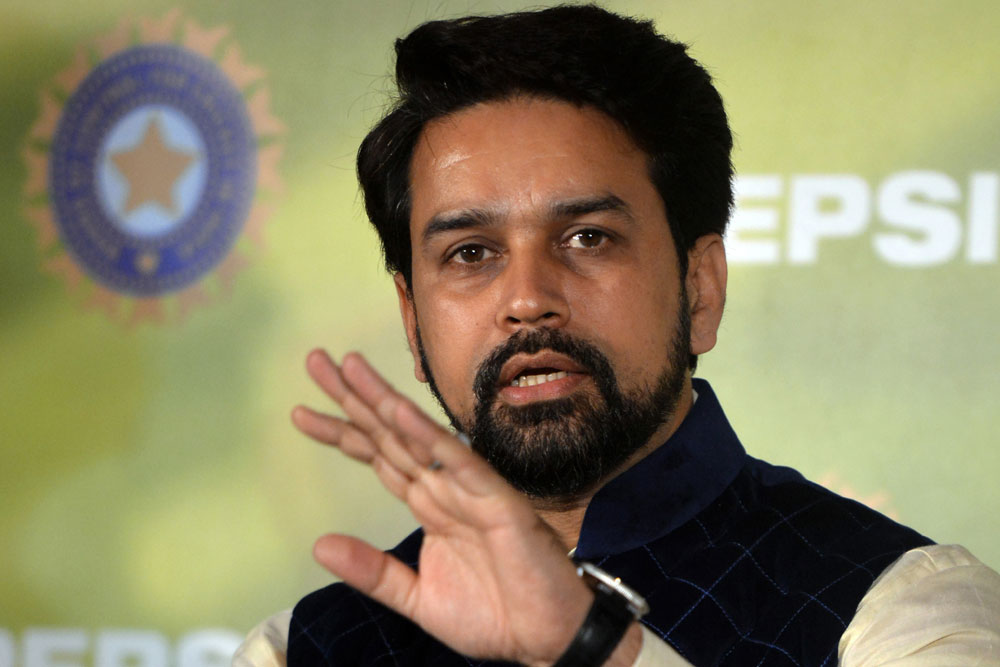 In the last three turbulent years at the BCCI – dogged as it has been with charges of fixing, conflict of interest, and the ongoing tussle with the Supreme Court (SC) – several BCCI Presidents have come and gone. Behind each one of them, as is said, there has been plenty of wheeling and dealing, negotiations, grand alliances cancelling out smaller ones, and phone calls outside to influential political personalities. Yet, last Sunday when Anurag Thakur was unanimously elected president, nobody was the least surprised.

In the last few years, Thakur has quickly worked his way to the top. The son of former Himachal Pradesh Chief Minister Premkumar Dhumal, Thakur captained Punjab and North Zone at age-group level cricket. By the age of 25, he was quite certain, it appears, that his career prospects lay in cricket, not as a player but, smartly, as an administrator. When he became the president of the Himachal Pradesh Cricket Association, Thakur at 25 was also the country’s youngest ever president of a state association. Himachal Pradesh however was too small to contain the ambitions of the young Thakur. He wanted to move to the next step, to become a national selector for junior cricket. But a new rule issued by the then BCCI administration, under the leadership of Jagmohan Dalmiya, made it mandatory for selectors to have had some first-class cricket experience.

So Thakur, Himachal Pradesh’s (HP) cricket head, declared himself the captain of the state team in his debut Ranji Trophy match against Jammu and Kashmir. Thakur scored a duck and picked up two wickets with his off spin. After the four-day match, which HP lost, Thakur duly announced his retirement from competitive cricket. He was of course just getting started on the national cricket administration scene. He began quickly and surely. He turned around HP cricket, traditionally a lesser cricketing state. He built what is certainly the most picturesque stadium in Dharamsala, and also established modern cricket facilities and stadiums in distant HP towns. On Sunday, after he was elected president, when asked about how tough his new post will be, Thakur told reporters, “Where there is a challenge, there is opportunity… when I took over as the HPCA chief at a young age of 25, that time I inherited only seven chairs, one iron cupboard and a typewriter. But within five years, we built an international stadium in Dharamsala, not only a cricket stadium but one of the most beautiful cricket stadiums in the world and also built around five-six other stadiums in the state.”

He also began to make political inroads. When his father quit his Lok Sabha seat to take charge of the state, Thakur, representing the BCCI, won the constituency’s by-election to the Lok Sabha in 2008. He is now a third term MP, and is widely expected to become the BJP’s CM candidate in the next election. Within cricket boardroom politics, Thakur made a mark when he was elected joint secretary to the BCCI in 2011. During the 2013 IPL fixing scandal, when N Srinivasan refused to step down, Thakur was one of first within the establishment to speak against him.

The BCCI currently faces what is possibly its strongest adversary in history in the Supreme Court (SC). The SC, it appears, will want to seek the implementation of the Lodha committee’s recommendations, several of which don’t sit well with the BCCI. But if there is anyone who can deal with it now, with his contemporary outlook and his clout, both within the board and outside, it is Thakur.