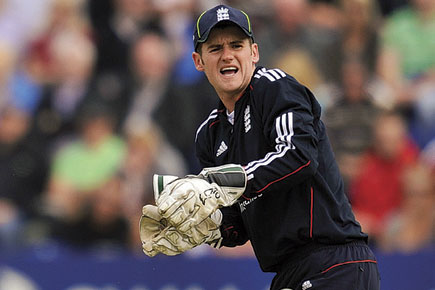 
Steven Davies, who recently announced to the world that he was gay, is a rarity among international sportsmen. By coming out publicly, the English wicket-keeper joined a club of a handful of players who have done so during their playing days.

Davies admitted that explaining this to his teammates scared him. He confided in Andy Flower, the English coach, first. Flower explained that his sexuality would not be a problem, and proceeded to pass the news on to captain Andrew Strauss. When each of them addressed one half of the team, the reaction of his teammates came as a relief.

Coming out is hard enough; doing it as a sportsman ratchets up the pressure. Why is it harder for a sportsman? Well, besides the obvious reason that crowds tend to get after you for a lark, a comment from an Australian Football League player suggests that there could be problems in the locker room. ‘I have played with a gay player in the twos for Mayne in Queensland in the mid-1990s who was happy to admit his sexual persuasion,’ the player wrote. ‘He was a great guy who played his heart out and was respected by everyone in the team’. ‘The only time I noticed a difference was when I was showering with 10 other players after a good win and I turned around to see all 10 heading out in a second with their towels. Sure enough, our gay teammate had wandered in. For some reason I felt uncomfortable, so I left. I am sure most players these days would do the same.’

Davies, though, found immediate support among his teammates, including Ian Bell, who said Davies was “a fantastic cricketer and that is what we see him as”. The other major player from a major sport to have come out in recent times is the rugby player Gareth Thomas, who revealed his orientation at the height of his career. Before Thomas came the footballer Justin Fashnu, who came out, suffered immense torment both professional and personal, and hanged himself at 37.