Dora And The Lost City Of Gold Movie Review

Kids will love it 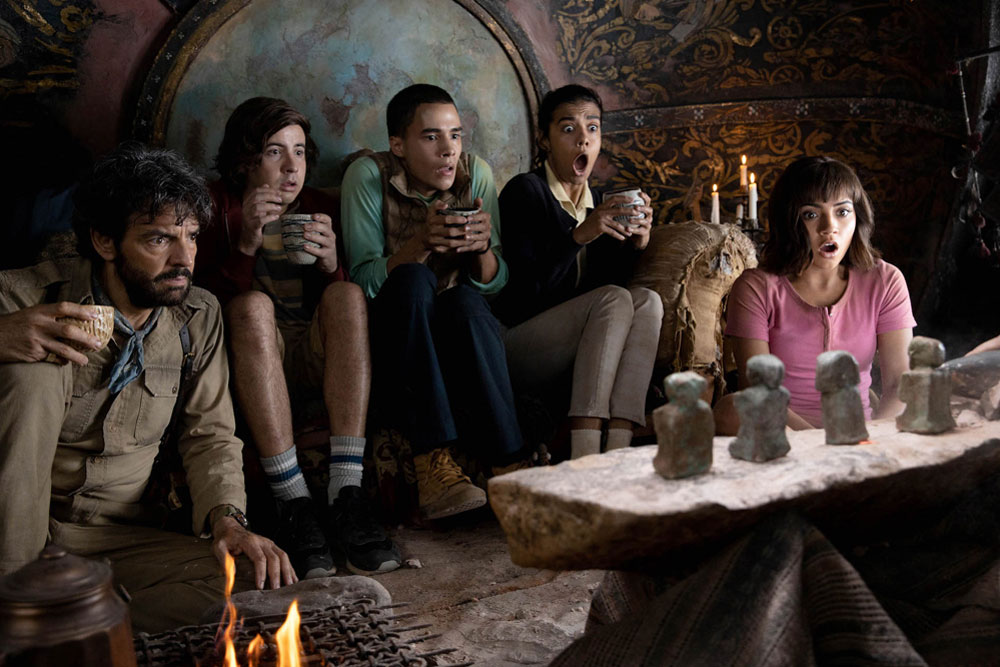 This is a well paced film for children and young adults, with a combination of animation and live action that doesn’t appear to overlap. Since it has evolved from the American TV series, ‘Dora the Explorer’, the movie has background material that has been used before. The lead character, Dora, is Latina, and the movie uses a bi-lingual English-Spanish format, to give us, non TV watchers, a little information on Dora, and to tell a fresh story about her new adventure, developed in feature film idiom.

Dora (Isabela Moner) is an erudite teenager whose parents are both Professors in Peru, working in the jungle and researching Inca civilisation. Apparently, they are searching for the lost city of gold, Parapata. Dora knows the jungle well, but not the city, and so her parents, anxious for their daughter to have a formal education, send her off to become a ‘normal’ teenager in an American high school. She goes to live with her cousin, Diego (Jeff Wahlberg).

Transferred from one jungle to another, Dora has difficulty handling complicated things like peer pressure, fitting in to her surroundings, and becoming an urban conformist. However, since she has been home schooled by two Professors, she is academically sound. This only ends up turning her into a class nerd. She provides stiff competition to the resident nerd, Sammy (Madeleine Madden).

While such tension in the war zone that is High School continue, one fine day, on a school trip to an history exhibit, Dora, along with her classmates, are kidnapped and flown to Peru. The kidnappers want a guide to the lost city of gold, and who better than Dora to guide them to it?

Because it doesn’t take itself too seriously, this movie is a lot of fun. There are two animated characters in the film. One is a monkey called ‘Boots’ who assists Dora, and who bears remarkable similarity in this role to ‘Snowy’, the dog companion to ‘Tintin’. As a matter of fact, Dora, with her courage of conviction, her natural curiosity, her feisty and never say die attitude, is like a younger female version of the lead character in the Belgian comic strip.

The other animated character is a kleptomaniac fox called ‘Swiper’, named thus for his skill in swiping crucial items for his greedy boss (Eugenio Derbez). He marches up and down outside his boss’s tent, muttering to himself: “I’m guarding the King”. This indicates that in addition to being a swiper, digital and otherwise, he also suffers from OCD.

Isabela Moner is a live-wire of an actress, and she keeps the movie ticking with her infectious over enthusiasm, her absurdly optimistic songs, her command of languages and her hilarious dancing.

In short, ‘Dora And The Lost City of Gold’ is an impossible adventure film, but is told in a simple and straightforward manner, shows respect for the natural world, and is in awe of the geometric sophistication of Inca architecture. Kids will love it.