Tragedy of the Girl Child

Will men ever change? India cries out for a transition from ‘beti bachao’ to ‘beta sikhao’ 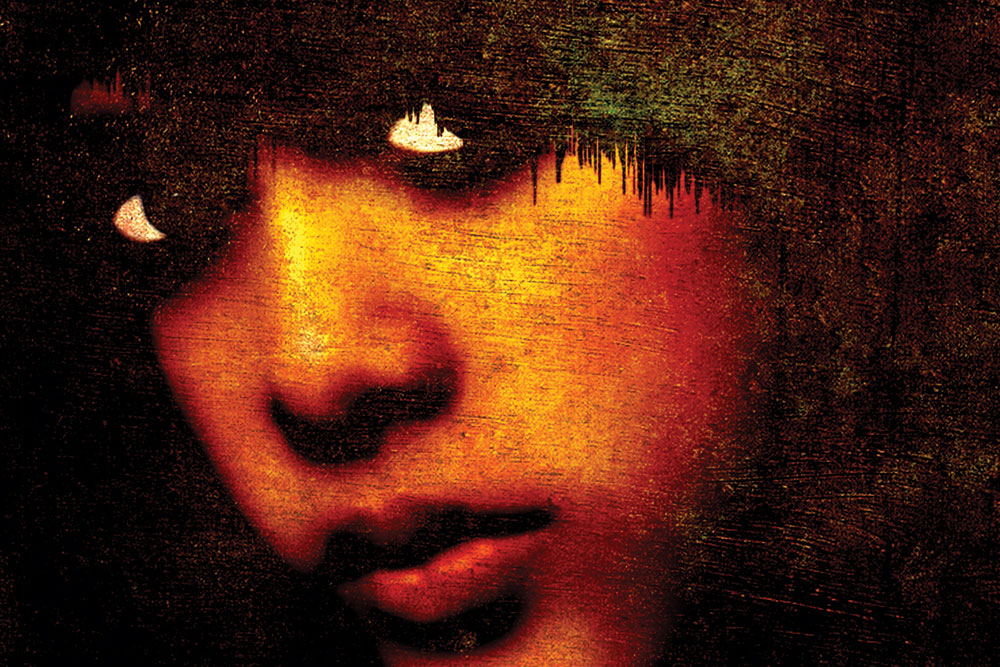 AS OUTRAGE OVER the Kathua case began to pour in from all over, a picture of two men at an airport in Turkey, wearing T-shirts, one of which read, ‘Women are not worthy as cows in India’, was circulated widely on social media. The message turned out to be photoshopped; in the original picture, the two men, with their backs towards the camera, wore plain white T-shirts.

Such propaganda angers a certain section of patriotic Indians, especially if it is believed to emanate from foreign soil. It strengthens their belief that there are invisible forces hell-bent on sullying the country’s image. While that may be true, the fake message on that T-shirt will surely resonate with most women in India. The angry Indian who finds glory in Bharat does not pause and think that the country hands out a raw deal to women. One just needs to go through a newspaper attentively to see how this country has become hell for the female gender. But it has become so normal that it does not even register—till the headlines scream a brutality that we just cannot ignore, like the case of the Kathua girl. It’s graver still if we pick up a regional newspaper. Worse, on social media platforms like Facebook, a multiplicity of pictures and videos depicting violence against women surface on any given day, many of which are actual cases that go unreported by the mass media. Some propagandist may have twisted the story, describing it to suit a political agenda. But the crime shown must have happened; it may not have been a Hindu girl killed by Muslims, say, in Assam, but it is a girl brutalised by someone somewhere.

Around the time the Kathua case began to gain prominence, a body of another minor girl was found in a bush near a playground in Gujarat’s Surat city. Her body bore 86 injury marks. The police believe she was held captive and sexually assaulted, possibly for days. They haven’t yet been able to ascertain the identity of the victim. And as protest meetings over Kathua were taking place, a seven-year-old girl was raped and murdered on the night of April 16th in Uttar Pradesh at a wedding celebration. The accused is a young man hired to set up tents for the ceremony. In yet another incident, two teenage girls were found shot dead in another district in the state after they ventured out late evening to answer nature’s call. The UP Police have arrested four men for these murders; one of them had been stalking the elder sister for months after she ended an affair with him.

As the cases of the Kathua girl and the rape of a Dalit woman in UP’s Unnao made their way to the international media, other agencies took notice of India’s epidemic of violence against women, especially of the sexual kind. “We are deeply concerned about the prevalence of gender-based violence, including sexual violence against women and girls, which we are witnessing in India,” said Yuri Afanasiev, the UN’s resident coordinator in India.

What has happened? “The process of socialisation, of educating youngsters on gender equality, is completely missing and that is what is causing these crimes,” says Ranjana Kumari, director of the Delhi-based Centre for Social Research.

Statistics reveal that there was a 12 per cent rise in the number of rape-related cases in 2016 over the year before. On an average, over 100 cases of rape are reported every day. According to a report by IndiaSpend, four rapes were reported every hour in India in 2016, double the figure in 2007. As many as 2.5 million crimes against women have been reported in India over the last decade, the report reveals. It says that reported cases of crime against women increased by 83 per cent from 2007 to 2016.

In 2016, Indian courts were processing over 15,000 sexual assault-related cases, out of which less than 10 per cent were resolved that year. According to the National Crime Records Bureau (NCRB), as many as 39 crimes against women were reported every hour in India. A 2017 report by Global Peace Index claimed India to be the fourth most dangerous country for women travellers. A report compiled by the Ministry of Women and Child Development showed that Bihar, Delhi, UP and Jharkhand were worst places for women in terms of safety.

In October 2017, a Swiss couple was attacked in Fatehpur Sikri, a short distance from Agra in UP, by four young men who had been following them for an hour. They even forced the wife to have selfies taken with them. The assault left her with a fractured hand, while her husband had a skull fracture.

The angry Indian who finds glory in Bharat does not pause and think the country hands out a raw deal to women. One just needs to go through a newspaper to see how this country has become hell for women

It is not only about sexual assault. Right from the womb itself, women in India are victims of discrimination and a number of societal prejudices. In a 2011 research study, the British journal Lancet reported that up to 12 million female foetuses had been aborted in India the previous three decades. In another report, the United Nations said the dwindling number of Indian girls had reached ‘emergency proportions’; it claimed that the decrease was contributing to crimes against women.

“I have a friend who belongs to a prominent business family. Her father forced her to go to Europe and abort her baby girl there,” says Ajoy Bhan, an advertising and communication specialist. Closer home in Kerala’s Palakkad district, the body of a two-day old baby was found flushed down a toilet on April 13th. Plumbers discovered it in a commode they had been called to unclog.

“Earlier, people believed that most crimes against women were committed in rural areas or by a certain class [of people] like migrants in cities. But it is not true. In the Unnao case, the main accused is a politician,” says Kumari.

As rapes become more prevalent, parents get jittery each time their daughters are out of sight. NCRB data from 2014 showed that 86 per cent of rapes in India were committed by people familiar to victims: close family members such as uncles, and neighbours, employers and friends. The report revealed that more than one- third of these victims were below the age of 18.

It is partly the stigma attached to sexual assault that explains why rural families are reluctant to send girls to school. Often, girls face harassment on their way. More often than not, they do not tell their parents, afraid that they will stop their education. According to a 2015 report by Dasra, a Mumbai-based philanthropic foundation, 23 per cent of adolescent girls drop out of school due to an inability to manage their periods. In India, 47 per cent schools still do not have separate toilets for girls, according to the 2013 Annual Survey of Education Report (ASER). The 2017 ASER suggests that while the difference between the enrolment of boys and girls at age 14 has been declining, various factors have conspired to ensure that 32 per cent girls are still not enrolled, compared to 28 per cent boys. The report found that over 70 per cent dropouts have mothers who have never been to school.

This perversion has reached another level. On April 15th, during a protest gathering at Delhi’s Jantar Mantar on the Kathua case, a man was caught masturbating as he stared at a girl standing in front of him. Negotiating gropers and leery men, some of them disposed to violence, has now become part of a woman’s daily life as she leaves home for work. A female model who worked at Delhi’s well-known Auto Expo told FirstPost that she believed around 80 per cent of the men came to the fair “just because some hot chicks are standing with car A or Bike B”. She said she found men looking at her as if they would rape her with their eyes.

Experts also blame the political leadership for this mess. “When you start sending messages of impunity, you are helping create a rape culture,” says Kumari. In 2014, opposing capital punishment for rape, the Samajwadi Party leader Mulayam Singh Yadav remarked: “Ladke ladke hain, galti ho jaati hai (boys will be boys, they commit mistakes)”. In the Kathua case, while speaking to journalists, the lawyer for five of the eight accused made a sexist remark against a female police officer who was a part of the investigating team. He said as a woman and a new officer, she could have been misguided by someone.

Many feel that every now and then, as a nation, people feel outraged for a while and then they move on. “Even Nirbhaya’s case hasn’t reached anywhere so far,” says Kumari. Rema Rajeshwari, an IPS officer posted in Telangana, adds, “An outrage certainly is a sign of society’s disapproval of acts reinforcing injustice. But selective outrage minus meaningful action won’t be enough to put an end to the injustice meted out to our women. They face violence in every phase of their lives. In the absence of collective social responsibility and a sustainable victim support system, legal enforcement alone can’t protect our women.”

The unabated violence against women has now made many demand that instead of ‘Beti bachao’ (save the daughter), the Government should initiate ‘Beta sikhao’ (teach the son) programmes. Because it is the men who need to learn and change, not the other way round. Because in Surat, a girl lies alone in some mortuary, brutalised, away from her family, yet to be identified.