Why Human Brains Are Shrinking 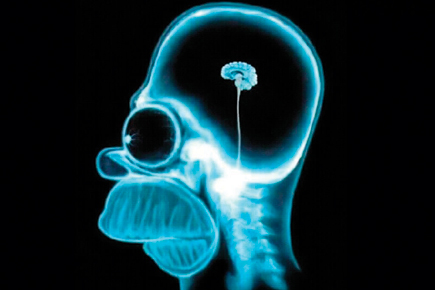 The best known human evolution is linked with creating defences against malaria.


The human race is still evolving, including our brains, and there are even signs that evolution may be accelerating. Comprehensive studies reveal that hundreds of genes show evidence of changes during the past 10,000 years. Surprisingly, the human brain appears to have been shrinking. Scientists have established, from archaeological data, that over the past 4–5,000 years, brains have shrunk by roughly 10 per cent. This is because, perhaps, in big societies, as opposed to hunter-gatherer lifestyles, humans can rely on other people for more things, can specialise their behaviour more, and not need their brains as much.

But the best example of human evolution is linked with malaria. There was a strong pressure to evolve defences from malaria, so any genetic factor that confers resistance would give descendents a chance to have offspring, while those without such protection were more likely to not reproduce. One such defence is sickle cell anemia—a blood disorder which, however, prevents the malaria parasite from infesting blood cells. Although this is most common in Africa, there is also an India-Pakistan variant. Both evolved in the last 3–4,000 years, and in that time it has risen to as much as 10-15 per cent of the populations. That’s pretty rapid change. On the evolutionary time scale.