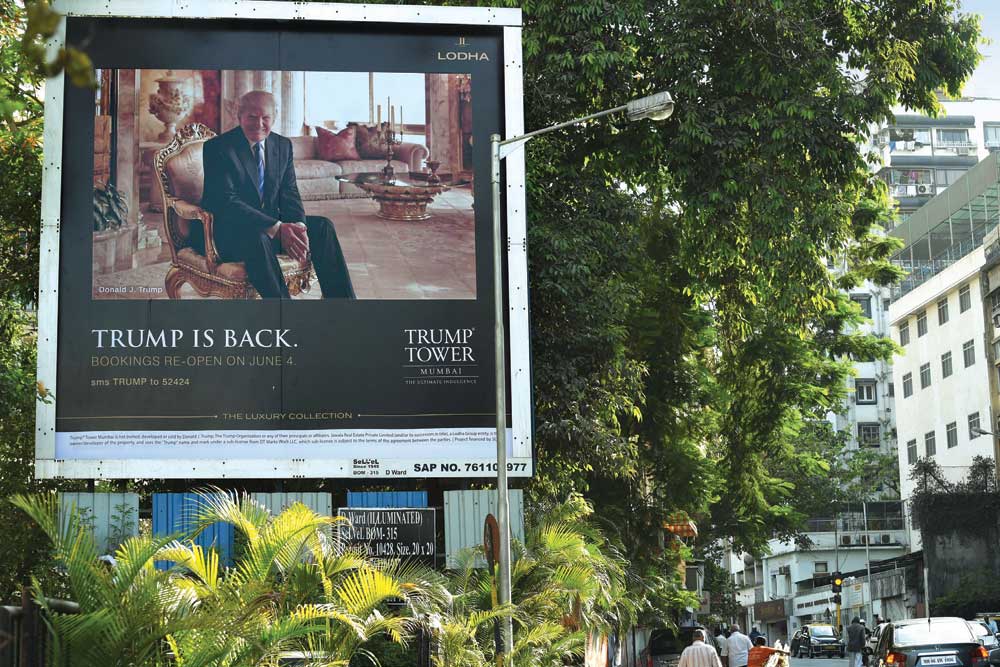 BACK IN 1979, when Donald Trump inspected a model of what would come to be his famed Trump Tower on New York’s Fifth Avenue, he is believed to have been dismayed to find the General Motors building a few blocks away to be 41 feet higher. Trump’s high- rise, which now serves as his residence and the headquarters of his organisation, apart from housing several other commercial establishments and residences, had been planned as the city’s ‘first super-luxury high rise’.

According to The New York Times, he told the model maker’s assistant Norman Brosterman, “My building looks a little small.” And later, “Can you make my building taller?” When told ‘no’, he asked, “Well, can you make the GM building shorter?” Trump is believed to have used a pencil to mark out his preferred height of the GM building. And Brosterman had to saw off the top third of the GM building model, leaving Trump Tower, at least in the scale model, the tallest in the neighbourhood.

It took a few decades and a growing class with deep pockets and a taste for the ultra-luxurious to bring the Trump real estate brand to India. After the 2010-proposed Trump Tower in South Mumbai with developers Rohan Lifescape failed to take off, the Trump Organization tied up with local developers to build two projects, one in Mumbai and the other in Pune. At last count, 226 of the 396 apartments being built in the under-construction 75 storeyed-Trump Tower in Mumbai’s Worli area had already been sold, according to an official spokesperson of the Lodha Group, which is developing the project. Media reports claim half of the 46 apartments in the two 23-storeyed Trump Towers in Pune have already been sold. Three more Trump Tower projects will reportedly come up next year. These reportedly include a luxury residential project and an office project in Gurgaon and a luxury housing project in Kolkata. Tribeca Developers, Trump Organization’s exclusive representative in India, declined to comment for the article. But in the past, they have claimed that India probably has the highest number of Trump-branded real estate projects outside North America.

According to Lodha Group’s spokesperson, residents of the Trump Tower in Mumbai will have a private jet facility at their disposal, apart from Trump’s famed white-glove service and ‘special services and benefits’ of Trump Hotel Collection, among other amenities. “Trump Tower Mumbai is one of the most sought after real estate projects in the country. The enthusiasm and trust in the Trump brand has been well reflected with premiums as high as 30 per cent generated over other projects in the vicinity… From the initial sales window opened in 2014 until the latest in June 2016, we have successfully sold over 50 per cent of the residences,” says the spokesperson.

Ashwinder Raj Singh, CEO, residential services, at Jones Lang LaSalle India, the Indian unit of the international property consultant, says with Trump now being elected to office, the perceived value of properties bearing his name will see a spike. “I think it will be a positive thing for Trump Towers, definitely. He is the US president, all said and done,” he says. “These are marquee branded properties. And whenever there is a branded property, there will be a premium. Because it comes with a related cost. They will have their own amenities, and the quality of construction and other features [will be better]. That’s why the brand is the brand.”

No real estate developer has loomed as large as Trump in public consciousness within and now outside the US. He gets paid to have buildings named after him. The Lodha Group, for instance, pays a royalty for the usage of his name.

Back in 1979, when the original Trump Tower in New York was being built, Trump could not bring the GM building’s height down. What he instead did was have his 58-storied-building skip 10 stories. After the 19 commercial floors at the bottom, he had the first residential floor listed as the 30th floor in the elevator. Fifty-eight floors thus became 68. Similarly, as the New York Times reported, 43 floors of the Trump SoHo on New York’s Spring Street became 46 floors. And the 44 floors of the Trump International Hotel and Tower became 52 floors.

When Trump came to Mumbai in 2014 to launch the Trump Towers project in the city, he claimed this was his kind of place. Calling the Mumbai luxury realty market the cheapest in the world, he said at the press conference, “I’d like to invest a lot of money in India.” When asked how much, he replied, “I don’t know. I have a lot.”