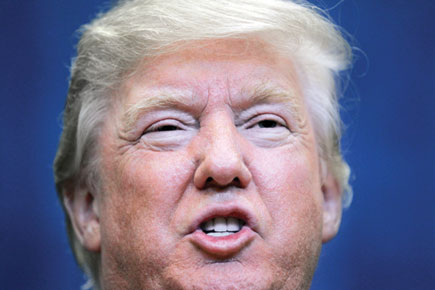 A world in which Donald Trump will be president of the United States is turning out to be a worrying possibility, if not yet a probability, as he maintains his lead among Republican nominees who are vying to be the party’s presidential candidate. Much of what Trump is known for—ranging from sexism to xenophobia—on the stump makes him both comical and dangerous, should he become the most powerful man on earth.

This week, in the backdrop of the San Bernardino killings in California by a Muslim couple, Trump outdid himself by saying that Muslims should be banned from entering the United States. This is the kind of language heard in another age—from fascists. Profiling all adherents of a religion as terrorists is the sort of bigotry expected of, say, White supremacists. From a man looking to win the White House, it is ominous. Even his own party has disowned it.

What is frightening is the popularity of Trump’s views in some parts of America, which is perhaps why he is given to making such statements. Terror is a pressing problem, but demonising an entire religion for it is a quick route away from civilisation. And it only worsens the problem if groups like ISIS exploit the discriminatory state of affairs to find recruits.