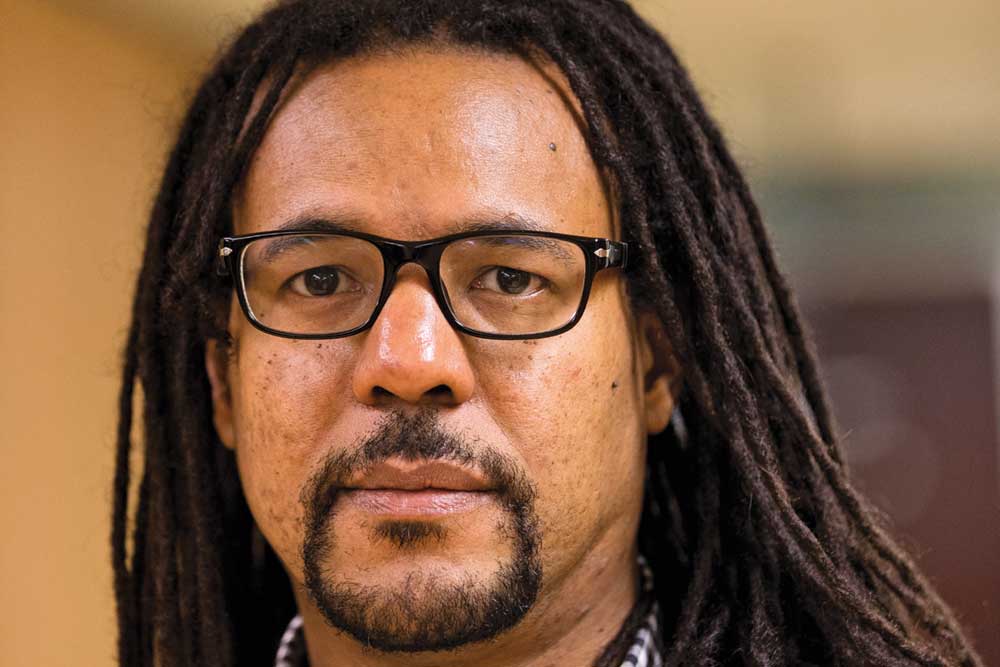 WE ARE TOLD too often, and too gratuitously, that a particular book is an ‘essential read’. Reviewers tend to throw in that phrase just to boost their self-importance. A doctor can tell you, ‘It is essential to eat vegetables’, so here we are telling you: Colson Whitehead’s The Underground Railroad is an essential read. Necessary not because it will benefit your well-being, but because this one stands head and shoulders above most of the countless books spat out every year. The novel which has already dominated the charts (including of The New York Times, Time Magazine and Amazon), won the National Book Award for Fiction 2016 in the US. Earlier this week, Whitehead, a 47-year-old New Yorker, won the Pulitzer Prize for Fiction for The Underground Railroad, his seventh novel. The Pulitzer committee commended the novel ‘For a smart melding of realism and allegory that combines the violence of slavery and the drama of escape in a myth that speaks to contemporary America.’

A Harvard graduate, he has taught at leading US colleges, including Princeton, Columbia and New York University. Whitehead started out as a journalist with The Village Voice, a New York publication where he started working on the drafts of his novels. In 2002, he received a MacArthur Fellowship, also called the Genius Grant.

His previous novel, Zone One (2011), was a zombie story, influenced by the likes of Stephen King and Isaac Asimov. The book dealt with flesh-eating zombies and apocalypse survivors. There are no zombies in The Underground Rail, but the setting seems apocalyptic, given the savagery of Whites. Set in the antebellum South, the novel is the story of a 16-or-17-year-old Cora, a slave on a cotton plantation in Georgia. Cora stands out from the other slaves, not only because she is an outcast even among her fellow Africans, but simply because she is different—the human part of her grabs hold of her heart, before the slave part can catch up. She is the one who shields another slave’s body from the lash (his crime: a drop of wine spilt on the cuff of his master’s lovely white shirt). Cora and a fellow slave Caesar decide to escape to the North via the metaphoric and labyrinthine ‘Underground Railroad’.

Their decision to run away is not only brave, but in many ways unreasonable, given the odds against them. As Whitehead writes, ‘Crossing the state line was a capital offense in Georgia; sometimes a master preferred an example over the return of his property.’ When Big Anthony, a runaway slave, is caught, he is made an example of: his punishment is not just remedial but theatre, meant for the consumption of all. Randall, the plantation master, invites visitors for lunch. They eat in the lawn, as Big Anthony is whipped for the duration of their meal. Then all the workers are called in from their respective chores. Whitehead writes, ‘They gathered on the front lawn. Randall’s visitors sipped spiced rum as Big Anthony was doused with oil and roasted. The witnesses were spared his screams, as his manhood had been cut off on the first day, stuffed in his mouth, and sewn in. The stocks smoked, charred and burned…’ Even such cruelties are not enough to deter Cora and Caesar, who simply know that if it can get bad, it is bad already.

But this novel is more than an account of slavery horrors. It was on Barack Obama’s 2016 summer holiday reading list and was selected for Oprah’s book club because of its facility with different genres and its ability to make you believe in the human spirit.