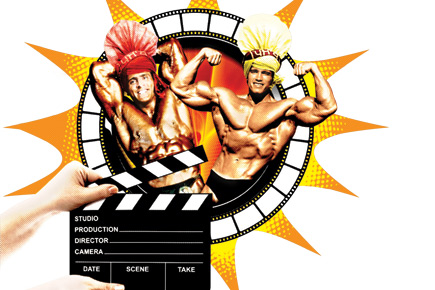 It seems Arnold Schwarzenegger will soon be seen flexing his muscles in an Indian movie.


After Hollywood actor Sylvestor Stallone and Australian singer Kylie Minogue graced Bollywood screens with their rather lukewarm presence, it seems Arnold Schwarzenegger too will soon be seen flexing his muscles in an Indian movie. But not in a Bollywood potboiler. He will be seen in athlete and bodybuilding champion Varinder Ghuman’s Punjabi film Fateh—The Victory, expected to release later this year. Schwarzenegger recently announced Ghuman as the face of his health products and supplements in India. “He had appreciated my body and hard work at the Australian Grand Prix a couple of years back and then I met him in Europe earlier last month… That’s how the deal came through and I am proud that a Punjabi boy like me could get such a break from a veteran,” says Ghuman. He is also known to be the world’s first vegetarian bodybuilder and will soon be seen in his debut film Kabaddi Once Again, in which he plays, no guesses, a bodybuilder. “I have been winning prizes in various championships across the world, but very few people know about it. Films are the easiest way to promote a sport like bodybuilding. We grew up watching Schwarzenegger and Salman Khan; I would like to contribute in the same way,” says the former Mr India.