A Gold Medal for Thick Skin 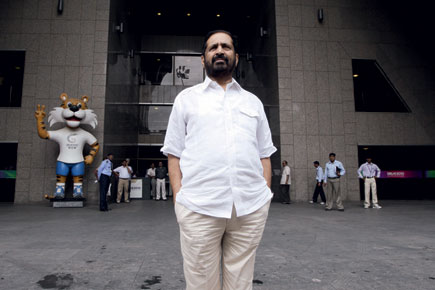 
There is a famous former Indian cricket player who has always had as many critics as fans. But those who know the man speak with admiration about him. His outlook is simple—work hard, play hard and don’t take criticism to heart. In Hindi they call it the ‘Gire Toh Bhi Taang Upar’ approach (henceforth referred to as GTBTU). To have this type of personality is a gift. Nothing gets you down mentally, and, like Sergeant Bilko, you swagger through life with your chest out, regardless of your performance.

GTBTU can be described as a blend of delusion, lack of shame, and yes, some inherent confidence. Suresh Kalmadi is a classic GTBTU. You could see it during the lead-up to the 2010 Commonwealth Games, when, wearing a straw hat and grin, he insisted the infrastructure would be ready on time when it was obvious it wouldn’t. You could see it in his brazen speeches during the Games, when he got names of eminent guests wrong. You could see it in the nonchalance he feigned when a shoe was hurled at him. And, just in case you needed further proof, you can see it now. Kalmadi, after nine months in prison for mishandling of CWG funds, is still battling to save his throne at the Indian Olympic Association (IOA).

Kalmadi was arrested last April on charges of cheating, conspiracy and corruption in connection with the Commonwealth Games contracts. In January, he was released on bail. Vijay Kumar Malhotra became the acting president of the IOA. But technically, Kalmadi was still president. Even now, the IOA website identifies Kalmadi as its president. In March, however, the Delhi High Court advised Kalmadi to quit or get slapped with a show cause notice. “We would like to know whether Kalmadi will exit gracefully or should the court issue a show cause notice to him as to why he should not be discontinued as president of IOA,” a division bench of acting Chief Justice AK Sikri said. The court acted on a petition by advocate Rahul Mehra, which cited Union Sports Ministry guidelines, which stated that a person could serve as president of the IOA for not more than 12 years. Kalmadi has been president of the IOA for 18 years.

Far from having the grace to resign, however, Kalmadi moved the Supreme Court. His lawyers argued whether an executive guideline could deprive an individual of his fundamental right to form private associations. And even if things are sub-judice in India, Kalmadi is in the thick of action in his capacity as president of the Asian Athletics Association Council. At the time of writing, he and Lalit Bhanot, a co-accused in the CWG case, are scheduled to travel to Almaty, Kazakhstan, for a meeting. It’s unbelievable. At the London Olympics, they should give Kalmadi a gold medal for thick skin.