Gold on earth may well have come from outer space, but the gold we can currently access has an even more interesting history 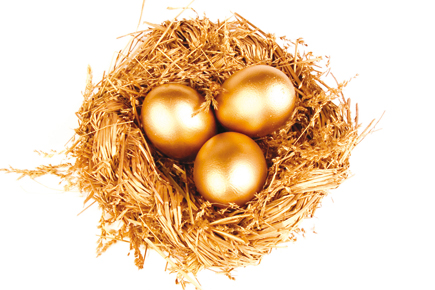 Gold on earth may well have come from outer space, but the gold we can currently access has an even more interesting history


The abundance of gold on the earth’s surface is not an easy thing for scientists to explain. A recent paper in Science now claims it came to earth on an asteroid the size of Pluto. Gold is among a host of elements that are found in conjunction with iron, and if it existed on earth when the planet was in a molten state, it would have been sucked to the earth’s core along with the molten iron, burying it at such incredible depths that it would have been forever out of human reach.

According to University of Maryland Geology Professor Richard Walker, who is one of the authors of the paper, this indicates that gold could only have arrived late in the history of the earth’s formation. The question the researchers then had to answer was whether the gold was deposited in small chunks by a continual bombardment of matter from outer space or if it all arrived in one go. Computer models developed by the team showed that bombardment by a few but massive asteroids is the scenario that best fits the distribution of gold. According to their model, the largest such asteroid would have been 2,400 to 3,200 km wide, roughly the size of Pluto.

“These impactors are thought to be large enough to produce the observed enrichments in highly siderophile [iron-loving] elements, but not so large that their fragmented cores joined with the planet’s core,” says William Bottke of the Southwest Research Institute in San Antonio, Texas, the lead author of the paper.

There is one objection that has been raised to the paper already. The Pluto-sized asteroid, as is the case of Earth, would also have had gold buried deep in its core. The only way to get this gold scattered over the earth would require the asteroid to split in a particular way, and that remains to be explained.