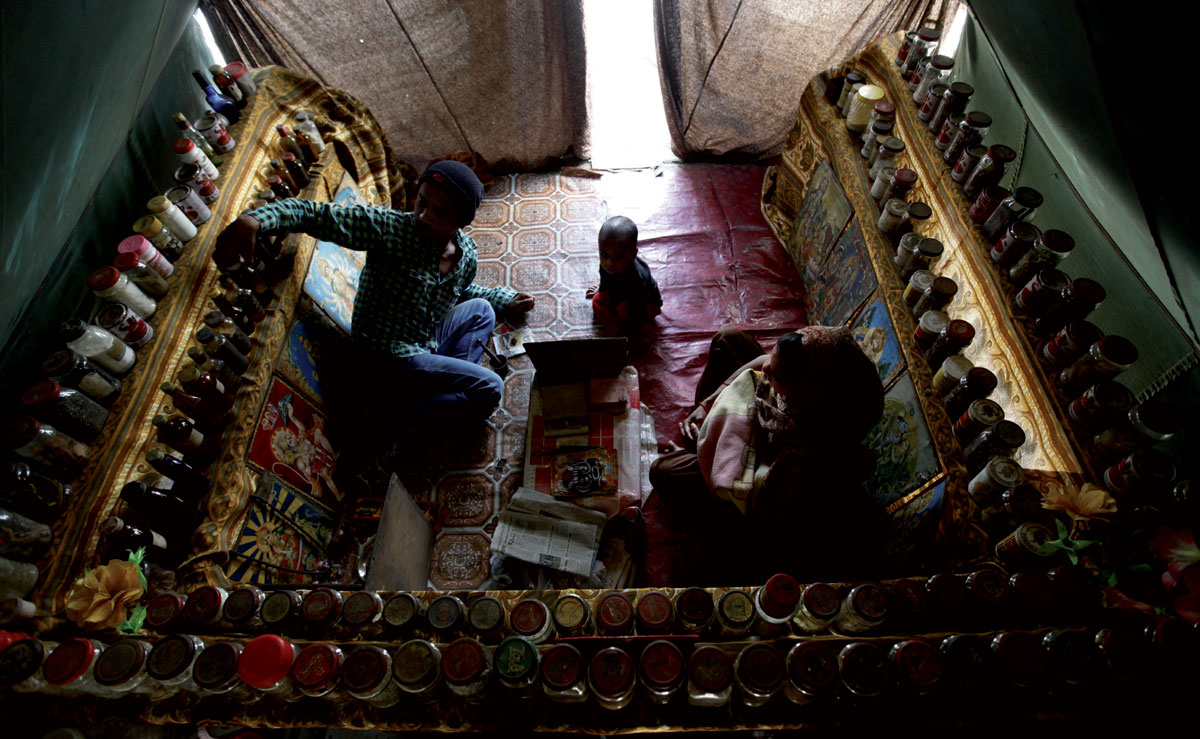 32-year-old Kalia is a quack who offers dental pain relief, root canals and various other such services in Shahdara, Delh

Kallu Singh from Rajasthan has a tent near the entrance of a three-star hotel near Noida. He assures patients a 99 per cent likelihood of a male child, leaving the remaining 1 per cent to God. He is seen here with a woman who already has two daughters and now wants a son. He also suggests exercises to increase sexual power

Amar Kumar, 32, uses a pipe to create pressure at a patient’s pain points to cure pain or paralysis. He roams the streets of Delhi like a vendor, calling out to prospective customers

Mohammad Ghayas, 83, has been working as a healer for three decades in the Jama Masjid area of Old Delhi. He claims to cure pain, even heart ailments, by cutting the body with a blade and letting ‘impure’ blood exit the body. This treatment is known locally as penchein lagana. Ghayas claims this is one of the oldest healing methods in the world, and wants the Government to recognise it. He has passed his skills on to his 37-year-old son, Mohammad Iqbal (pictured here), as his hands are not steady anymore. He has nine cans full of used Topaz blades. Patients are given slips of paper advising them that a ‘tetanus injection is very necessary’, and that they should take Amplicine capsules if the incisions cause them pain

Zameer of Meerut has been practising a traditional form of surgical stitching for almost a decade. He is known as a ‘zarra’—Persian for ‘surgeon’. He studied till class 10

Shamsuddin, 56, has a unique treatment for jaundice. Here, he is washing the hands and feet of a three-day-old child in a pot of limestone water. He believes that jaundice gets cured as the water turns yellow. He is also known as peelia jhadnewale. He runs his practice in Chaman Colony, Ghaziabad

78-year-old Gandhi Pehelwan had a pain in his knees eight years ago. Doctors suggested an operation, but he cured himself with charcoal and ayurvedic herbs. Now he provides alternative medical help for musculoskeletal problems in Meerut