Her Dream, Her Inspiration 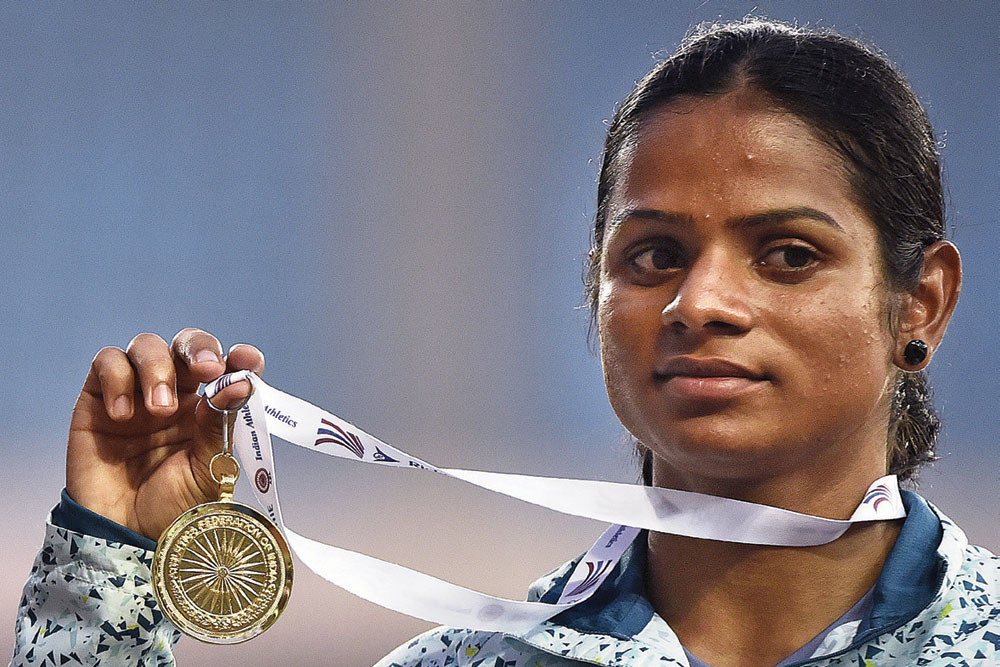 What does a promising young athlete do when the powerful international sports establishment turns against her? Lesser mortals would have given up their dream of achieving greatness on the track with medals. But not sprinter Dutee Chand from Odisha who fought back and persevered to realise her dreams of garnering glory for herself and India by winning the silver medal in the 100 and 200 metre events in the 2018 Asian Games at Jakarta.

The Jakarta triumph, represented for Dutee Chand, an epic comeback from the lows of 2014 when she was barred from participating in the Commonwealth Games at Glasgow, just four days away from her event, due to the “Hyperandrogenism” policy of the world’s apex athletics body, International Athletics Federation (IAAF). Its regulations bar female athletes with high levels of testosterone like men, from competing in women’s events, as according to it, this provides them with an “unfair advantage”. Such athletes can compete again only after undergoing treatment of reducing testosterone levels. What also makes Dutee Chand’s achievements so spectacular is her sheer hard work to work to fight the heavy odds stacked against her after having been born in a family of poor weavers in Odisha.

In 2011, Dutee Chand became the junior national champion. In 2012, she won the bronze in the Asian Athletics Championship and also became the national champion in 100 and 200 metres athletic events. Her run of international successes continued with two gold medals at Asian Junior Athletics Championships in Taipei in 2014 till everything skidded to a halt with the “Hyperandrogenism” ban episode. The ban also meant that she had to be dropped from India’s Incheon Asian Games contingent of 2014.

During her “Hyperandrogenism” ban, Dutee Chand had to bear the humiliation of undergoing gender verification tests and failing in them. Besides, fear of a premature end to her career, Dutee Chand had to endure the trauma of her personal details being shared in public and insensitive comments by many members of the public. However, Dutee Chand fought back challenging the ban in the Court of Arbitration of Sports at Lausanne, France and won her case in 2015 when the court suspended the IAAF rule. At the same time, encouraged by her coach, Dutee Chand started training for the Jakarta Asian Games confident of winning medals for India.

The hard work and perseverance in the pursuit of her dreams paid off at the Jakarta Asian Games where she outshone her competitors who enjoyed far better technical and financial support, by winning two silver medals. Like a true champion, Dutee Chand successfully combated adverse situations in life to emerge triumphant and turn her dreams into reality.