Steve Coll goes deeper into the debacle in Afghanistan 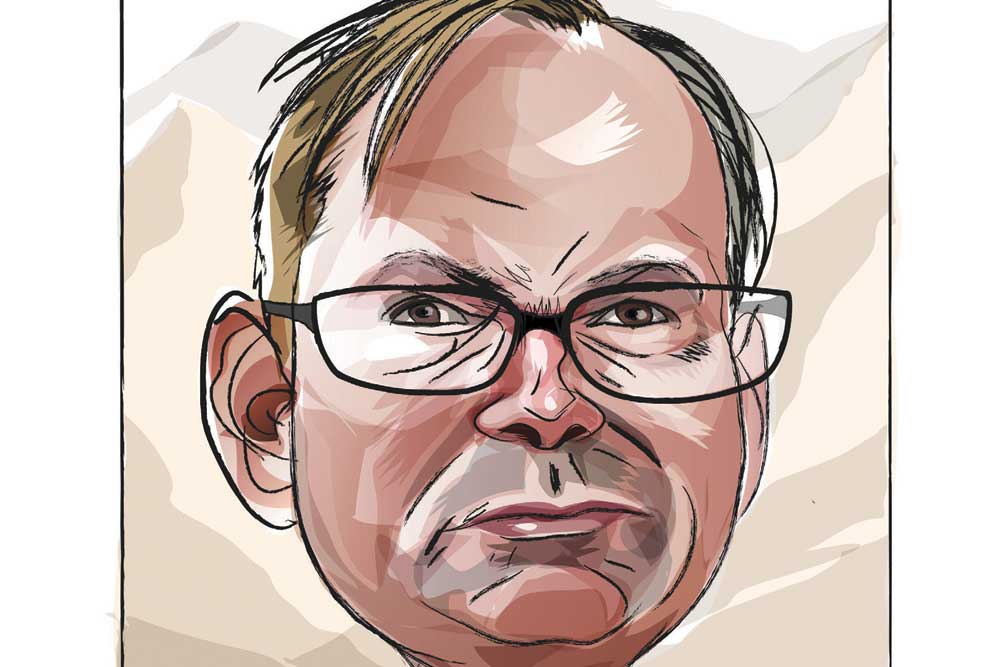 THIS BOOK ON the Afghan war and related subjects by Steve Coll is, by and large, a sequel to his earlier one, Ghost Wars. Coll mentions in his Introduction that at the time when Ghost Wars was published in 2004, Afghanistan and Pakistan seemed to be stable and relatively peaceful. However, over the next few years, the Taliban and Al Qaeda revived. Why did the seemingly successful lightning-strike American-led war of late 2001 fail to vanquish the Taliban and Al Qaeda for good? That is the question that Directorate S addresses.

There were many reasons, Coll concludes, but Directorate S of the Inter- Services Intelligence (ISI) of the Pakistan Armed Forces was a primary one. The success of the Pakistani deep state in resisting and defeating every initiative to resolve the Afghan problem has been chronicled in a convincing fashion. Steve Coll commences with a narration of the earth- shaking events that took place within two days, in September 2001—one in Khoja Bahauddin near the Afghan-Tajik border and the other in distant New York. The significance of the assassination of Ahmad Shah Massoud, the ‘Lion of Panjshir’, on September 9th, 2001, was tremendous. Commander Massoud was without doubt the greatest of the Mujahideen leaders who stood up to the Soviets and then the Taliban. One wonders what would have been the course of events in the Afghan war had 9/9 not been followed by 9/11. With Massoud out of the way, the Taliban and Al Qaeda would probably have established their sway all over Afghanistan in a matter of months. But the misadventure of 9/11 ensured the Taliban lost their grip over the country rapidly.

If, after a decade-and-a-half, the Taliban continues to pose a threat to the Afghan State, Directorate S of the ISI is responsible to a large extent, argues Coll. Mike Mullen’s assessment of Directorate S, is worth quoting : ‘At the very top of its hierarchy, the I. S. I. was a black-and- white organization, fully subject to discipline and accountability… In the middle, the Organization started to go gray, fading into heavily compartmented operations that drew upon mid-level officers, civilians, contractors and retirees. Then, there were retired I. S. I. director- generals or senior brigadiers with their own followings among militants.’

During 2007 and 2008, American and NATO intelligence came to the conclusion, that Directorate S offered deniable support which facilitated the revival of the Afghan Taliban movement. In order to maintain deniability, supplies were routed through retired ISI officers, NGOs and other cut-outs. The ‘rogue’ ISI hypothesis advanced by some was ruled out by Western intelligence agencies based on their watch over activities of ISI case officers. Ironically, Musharraf himself bristled at this hypothesis, saying the ISI is an organisation bound by strict military discipline. But handling and controlling agents and sources is an art that may not come naturally to those trained to fight wars. As Coll says, with respect to the American Defence Intelligence Agency, ‘The DIA’s budget dwarfed the CIA’s, but it had little of Langley’s fame and little of its influence. Its leaders struggled to reconcile the requirement of military discipline with the law-skirting tradecraft of human intelligence collection.’ Interestingly, Coll says that an analysis by the US intelligence concluded that the attack in Mumbai on 26/11 was carried out by rogue elements in the ISI without clearance from the top.

Coll also remarks that the rise of domestic terrorism in Pakistan could be seen as evidence of ISI’s incompetence. He adds that intelligence available showed that at the ISI’s lower levels, in the field, officers pursued their own plans without necessarily informing the army brass in advance of every operation.

If, after a decade-and-a-half, the Taliban continues to pose a threat to the Afghan state, Directorate of the ISI is responsible to a large extent, argues Steve Coll

However, it took a long time for the Americans to realise the duplicity of the ISI. In the early days, Zalmay Khalilzad, as the American Ambassador in Kabul, had advocated putting pressure on Musharraf to tackle the Taliban more strongly. But partly because of the attempt on Musharraf’s life, the softer approach advocated by his counterpart in Islamabad, Nancy Powell, prevailed.

After an extensive field study, the Chief of Afghan Intelligence, Amrullah Saleh, concluded in 2006 that officers within the ISI commanded and controlled the Taliban’s revival as part of an official strategy endorsed by Musharraf.

Karzai’s relations with the US worsened over time. There were differences over good governance, eradication of poppy cultivation, etcetera. Karzai also kept complaining about civilian deaths in American military action. He repeatedly observed ISI interference was Afghanistan’s main problem and complained the US was doing nothing about it.

It was true that civilian casualties in American and NATO military operations were causing resentment among Afghan civilians. Hostility to foreigners mounted, and this provided the right environment for the Taliban to win back the sympathies of the people. The endemic corruption prevalent in the Karzai regime did not endear it to the local population either.

Even when the US government realised the ground situation and moved to hold talks with the Taliban, the principal players could not agree on the mechanics. The US government, Karzai and the ISI pulled in different directions. Tayeb Agha, who represented the Taliban, articulated a stand which could conceivably have led to mutually acceptable solutions: “The movement did not seek the overthrow of the Karzai government, but would seek amendments to the constitution which would bring the country into line with the Taliban’s understanding of Islamic Law. This would not require a return to all the old social rules of the 1990s, when Afghan women and girls were deprived of education.”

The issue of suicide bombings is another major aspect that Coll covers. Pashtuns never resorted to suicide terrorism. However, in 2006, the Taliban announced they would resort to a new weapon—’martyrdom ops’. A study conducted by Brian Glynn Williams for the CIA revealed Taliban suicide squads were made up of poorly qualified, often coerced youngsters from madrassas, conditioned by religious teaching and promise of adequate compensation to poor parents. But they really believed in the righteousness of their struggle. At the same time, the story of Abdulla Ahmed Ali shows how the Iraq war drove even educated youngsters to radicalism.

In the ultimate analysis, there is reason to believe that despite the total lack of trust between the US and Pakistan, the latter managed to get what it wanted most of the time by cleverly exploiting the American fear that nuclear weapons may fall into terrorist hands. The master of that strategy was Ashfaq Kayani, who was at the helm of affairs as chief of ISI and the Army during the crucial years of the Taliban’s revival. As Coll says, even after the Osama raid, when Obama decided to ‘put the final knife into the ambitions of the strategic dialogue and the Kayani memos 1.0 through 3.0’, his national security team decided to embrace Pakistan rather than repudiate its army or the ISI.

The book also brings out interesting issues relevant to intelligence and counter-terrorism professionals, including the utility of enhanced interrogation techniques and legislative support required for counter-terror operations.

Finally, it is the human element of anti-terror operations brought out by Coll that is really striking. He does this mostly through a journal kept by Lieutenant Timothy J Hopper deployed with a force tasked to clear the ‘green zone’ by the highway running from Kandahar to Helmand province. The chilling reality of life on the front lines in the war against terror is something we need to absorb.

The book, which begins with the assassination of Ahmad Shah Massoud, ends with an interview with his 27-year- old son, Ahmad Massoud. He went to Sandhurst, the military academy in the UK, but does not have great interest in warfare. “The main thing is that I want to forget about the past,” he told Coll. “I want to be part of a generation of peacemakers.” Blessed be they.