With her 20th book, Namita Gokhale does what she does best—write about lives like ours 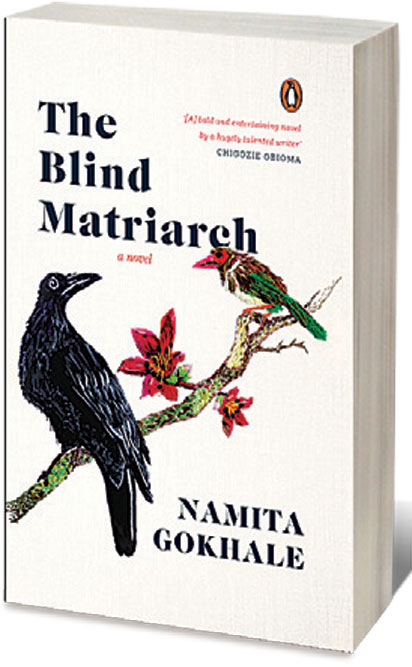 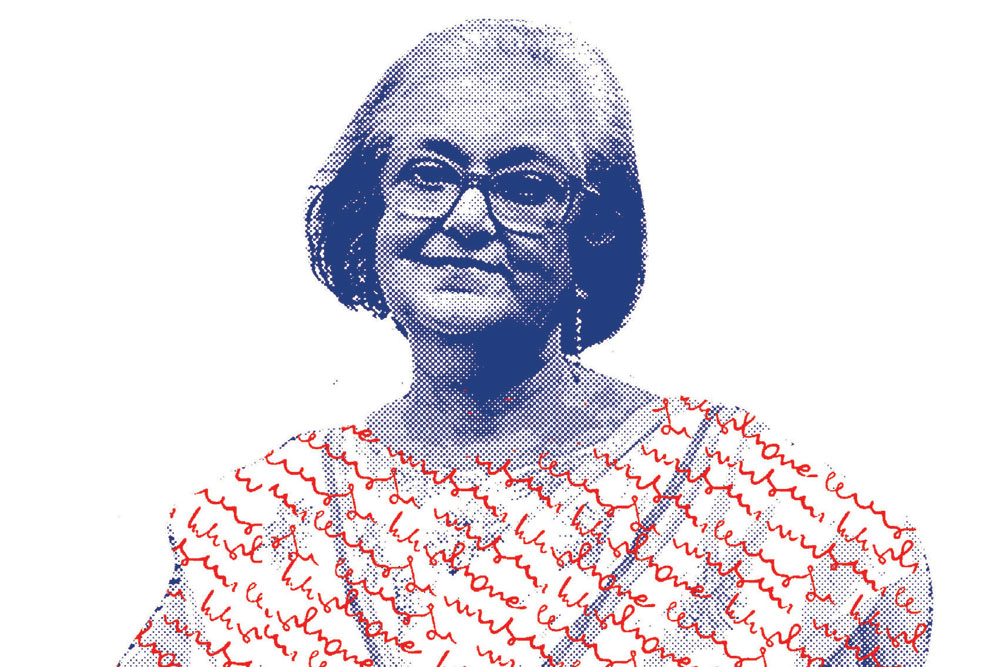 Speaking to Open, Gokhale, 65, owns she never thought she had it in her to fill up a bookshelf and is even now looking to add to it. She is matter-of-fact about this landmark. “This list of 20 includes five anthologies, which often require more research and application than fiction. I usually find myself working on two or three projects at a time, and that is the case even now. But yes, it does feel like a milestone.”

The Blind Matriarch is centred around a blind elderly woman who holds her Delhi-based joint family together, especially during the first year of the pandemic. Unlike Gokhale’s other novels, it was written in real time, during the lockdown, which gave a sense of urgency to the process. She says, “My novel reflects my observations of the pandemic and lockdown. During those long months I could concentrate on writing daily and continuously without distractions, a luxury I do not enjoy in ‘normal’ times.” Even so, this book shares common ground with one of her most recent novels, Jaipur Journals (2020), also a fictional set of events set against a real-life scenario, in this case, the JLF with all its rivalries, tensions and spectacle—not unlike the frustrations, politics and loyalties of the Indian joint family. In fact, all of Gokhale’s most recent output including her previous book, Betrayed by Hope (2020), a play on the life of Michael Madhusudan Dutt written with Malashri Lal, have been about real-life events. As Gokhale says, “My three most recent books are all so very, very different. In the case of The Blind Matriarch, it was written at a very different pace, it flowed simply and naturally and took less than six months to complete.”

Normally Gokhale’s writing has to adjust with her work at the JLF. The pandemic saw JLF transported to the virtual space. “The outreach of our sessions has increased exponentially,” she says. “We can have conversations across continents and time zones. However, the joy of human connectivity has a special magic, which is missed.” She reveals that JLF 2022 will evolve organically as a hybrid space. “We are hoping to have a physical festival with all Covid protocols in place, as well as a virtual version for our vast national and international audiences.”

The titular character of The Blind Matriarch, Matangi-Ma, is at first glance frail and dependent, but her serene stoicism and quiet affection makes her a centre of strength in her extended family. They all live in a four-storeyed house which has a character of its own. Gokhale herself lives in a joint family and calls it an extraordinarily resilient institution. “The capacity to interact across generations is a great boon. Many people returned to their families during the pandemic and found support and understanding there.”

Matangi-Ma lives on the top floor of the house with her faithful attendant Lali; her son Suryaveer lives with his teenage son and dog on another floor; another son Satish, his wife Ritika and their young son Rahul live in the third flat; while her daughter Shanta lives on the ground floor with her cats. The idea of Matangi-Ma came to Gokhale at the end of 2019 as she finished the last edits of Jaipur Journals and was also working on the upcoming edition of JLF. “I was impatient while finishing [Jaipur Journals] because I wanted to write this book. I knew that the story I wanted to tell was of an old blind woman who lived on the top floor of an old house. That was the only image I had. I found the story as I was writing it, and then the pandemic came.” It was only after she had finished writing The Blind Matriarch that she found a line by author Toni Morrison in her Nobel lecture, which completely seemed to sum up the book: “Once upon a time there was an old woman. Blind but wise.”


The capacity to interact across generations is a great boon. Many people returned to their families during the pandemic and found support and understanding there, says Namita Gokhale

The quote is indeed apposite. Matangi-Ma’s children, who think they are trying to protect her, actually find their comfort in her. Gokhale writes, “Her own unflustered acceptance of her condition had made it seem even more normal.” She draws from within her own reserves for her family. “Matangi re-entered the imagined spaces within her. She listened to the beating of her heart, to its irregular rhythm… This is where she lived, deep inside herself. Her family, her children, their children, inhabited another sphere, of light, of vision, of the external interplay of images.”

The other inhabitants of the house mirror diverse responses to the pandemic. The eldest son Suryaveer “had been a vegetarian, a pacifist, an anarchist, a Marxist Leninist, a Gandhian, and now veered to the soft right, lurching from conviction to conviction in a sequence of seemingly seasoned responses.” He embodies a not-unfamiliar sense of not knowing where to turn and which ideology to embrace in the Indian political landscape, especially during these times. Gokhale agrees. “For me, Surya represents all the contradictions that are present in India’s cultural and political life as it tries, usually unsuccessfully, to reconcile polarities and opposing compulsions.” His sister Shanta, on the other hand, who runs an NGO, Women for Peace, and has a strong sense of familial and social duty, embraces the role more fiercely during the pandemic, symbolising the singlemindedness of many volunteers during the pandemic. She is a composite character based on the convictions and selfless sense of duty Gokhale has encountered, and admired, in many individuals.

However, it is the character of Ritika that many readers will identify with as she exemplifies the rage and frustration of the lockdown, in her increasingly panic-stricken Zoom work conferences and her helplessness at being confined to the house with Covid raging outside. Remembering the horrors of the past year, few will not empathise when she exclaims to her husband, “Everything is collapsing around us. How long can we hide here in this flat while our world comes apart?”

The novel also depicts with uncomfortable realism the “sense of suspended animation” and disconnect felt during last year. Its deceptively tranquil pace is set against the disjointed backdrop of the fear of Covid, the general anguish about its ensuing events, including the plight of the migrants and the pervasive, apparently endless feeling of dread and helplessness.

This isn’t surprising as Gokhale has a decades-long history in introspective writing which examines uncomfortable truths. It is evident from her first book Paro (1984) about a magnetic character who foregoes all scruples in pursuit of her goals, to Jaipur Journals on the tropes and stereotypes of those who attend the festival, to this book with its clearsighted gaze at a family living in the same space when a pandemic magnifies their strengths and weaknesses.

Gokhale speaks of her first efforts in writing. “I used to write very bad poetry when I was young,” she confesses, “and these essays which would always be read out in class.” She also wrote short stories, which she says were “pretty awful” but she found herself, as time went on, telling them again in very different ways, until they became her books. “One day a voice came to me, and I knew it was Paro. I knew I found the voice, and the book was Paro.” Gokhale has not lost her voice as The Blind Matriarch is a nuanced and sympathetic view of how individuals react in times of crisis, the ways in which they crumple and the unexpected places they discover fortitude. Matangi-Ma is one of Gokhale’s most endearing characters, a redoubtable lady whose steely resolve many readers will recognise from their own lives.