At a time when many women are rejecting the ‘feminist’ label, those who led India’s first wave of feminism review the battles they fought 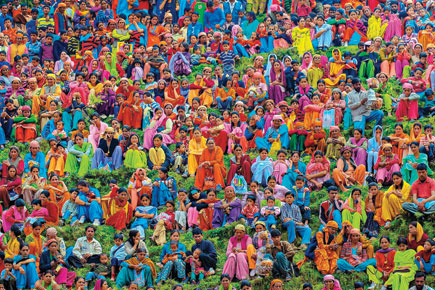 At a time when many women are  rejecting the ‘feminist’ label, those who led  India’s first wave of feminism review the battles  they fought


Ritu Menon, who was one of the women that established Kali for Women, our first feminist press, edits this collection of memories from those who created and then led the first wave of feminism in India. My generation’s feminist consciousness was awakened by many of the women who have contributed to this book. We saw them as mothers and older sisters—Ritu Menon herself, Ruth Vanita, Indira Jaising, Vasanth Kannabiran, Kamala Bhasin, Pamela Philipose, Devaki Jain and others who are not in the book, notably Urvashi Butalia and Madhu Kishwar. We saw them as guides along a difficult but very exciting path. This book shows them in all their shades of beauty—strong and determined, often angry, but always ready to jump into the trenches and fight for ground that needed to be gained and held. It also shows them as sometimes uncertain and often vulnerable—to love, to loss, to criticism—which reminds us that the movement was made up of human beings who were sensitive and thoughtful and were constantly reconfiguring the modes and modalities of what they were doing. It also personalises the movement, breaks it up into its constituent parts, which are actually so much larger than the whole. The individual victories are what has kept the movement alive, even more than the laws that have been changed because of the battles that were fought and won. And that’s because the movement has always been about its spirit rather than its letter.

These are useful reminders at a time in which the label ‘feminist’ is being rejected by so many of the women who have inherited the world that was created for them. The book shows us that the movement was never constructed by robotic male-bashers, and nor was it ever an impenetrable monolith. It was always diverse and dynamic and had a place for anyone and everyone who wanted to be a part of it. Contributors to the book are candid about who and what inspired them—it mattered little where the impetus to reconsider one’s place in the world came from. Inspiration from the books of Kate Millet and Gloria Steinem is as important as that which came from the actions of Lotika Ratnam and Romila Thapar.

This book also provides for all of us a review of the turbulent times in which the movement grew: the issues that galvanised it (primarily dowry and the custodial rapes of Mathura and Rameeza Bi—for years, until I found the welcoming space of the women’s movement, I thought the Mathura case referred to the name of the place where it occurred and not the woman who was raped) and its nodes of incipient activity (the hostel rooms that spawned Manushi) that grew into powerful sisterhoods of action. These sisterhoods were not only about finding the strength to act, they are also about support, about finding the strength to carry on when your life is falling apart. The sweetest (and most poignant) aspect of this collection of life stories and life-changing moments is how many women openly state that they could not have made it through hard times (death of loved ones, domestic violence, divorce, loss of a profession) without their women friends from the movement. In so many ways, the subtext of the book is about what we have lost for all that we have gained. But few, if any, of these life stories express regret—there is grief, there is admiration, there is gratitude, there is resignation, there is understanding and acceptance, but there is almost never a sense that ‘I should have done it differently.’

Most of the contributors to the book were born in the 1940s and so were stirred into political action by the Emergency. Many of them were on university campuses as teachers or as students, others were journalists and lawyers, still others were parts of public health networks or working with the disenfranchised. All of these social and professional groups were most immediately affected by all that the Emergency took away from us—our right to speak and write critically, our right to assemble peaceably, our right to defend the innocent, our right to make reproductive choices, our right to be heard for who we were. This politicisation continued through the 1980s and got more focused on women’s issues. How ironic that our strength has come from the vulnerability of our sisters—the atrocities that were perpetrated on them is what has made us seek empowerment.

Unfortunately, the focus on the ‘mothers’ of the movement in India is also one of the insufficiencies of the book we are discussing. We feel the absence of younger voices—there is almost no one in the book who was born in the 1960s or later. Many of us, the younger ones, were foot soldiers in the movement in the late 1970s and 1980s, too young perhaps to have come there with anything more than starry eyes and a sense of belonging. But given the question that Ritu Menon seems to have used to instigate the memoirs, we have a response that is really no different from what our older sisters have to say: it’s hard to identify the moment when we became feminists, but we do know where and when we started to feel that we were not alone in our feelings, our experiences and our aspirations. Perhaps we might have been asked to tell our stories as well.

Something Like a War was the title of a documentary film made by Deepa Dhanraj in the early 1990s, about the family planning programme (perhaps more brutally but far more accurately also known as the population control programme) in India. If my memory serves me well, one of the doctors who was interviewed in the film, a man who had performed several forced sterilisations on women, declares that the programme against reproductive choice itself was “something like a war”. The doctor in Dhanraj’s film was talking about how the population control policy was being implemented by the State. I borrow the phrase from a man whose name and face I cannot remember, to define the world that our mothers and sisters have given us—for all the gained ground we inherited, we know that the movement for women’s rights and justice is ‘something like a war’, it isn’t over. Ritu Menon’s edited volume shows us that the responses to the battles that were fought and won for our sakes were not unidimensional. We go forward into the 21st century with this behind us. And with the collective wisdom that we never fight alone—always with and for our sisters.