If the BCCI hadn’t played spoilsport, Lalit Modi’s gamble for big money league would have hit the jackpot a decade ago. Excerpts from a new book 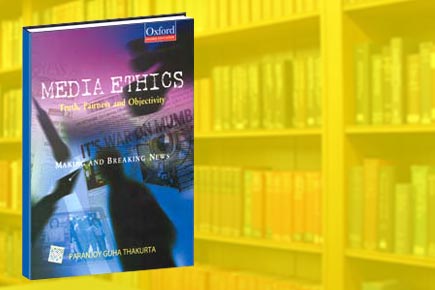 If the BCCI hadn’t played spoilsport, Lalit Modi’s gamble would have hit the jackpot a decade ago. Excerpts from a new book


When a cricketing event becomes a success in India, almost everyone tends to claim ownership of the idea. The same happened in the case of IPL. While most BCCI functionaries readily credit IPL as the brainchild of Lalit Modi, there are other claimants to the provenance of IPL or similar ideas for a city-based cricket league in India. It depends on which version you wish to believe.

People close to the late Congress leader, Madhav Rao Scindia, from the royal family of Gwalior, contend that he had thought of an inter-city cricket league along the lines of the English football league, or at the least a more modern version of the English county cricket structure that would attract the best players in the world. One career sports administrator, who owes his lucrative involvement with many Indian sports federations to Madhav Rao Scindia, says that the latter had planned to make Gwalior the epicentre of the proposed league and, therefore, had commissioned an expensive overhaul of the city’s Captain Roop Singh Stadium in the mid 1990s.

Although the stadium was already an international venue, Scindia installed floodlights and spruced up the facilities to match global standards. He got the international sports marketing and management firm, IMG, to prepare a blueprint for the league around 1996—a claim not refuted by senior executives working for the company then.

“At that time, we were working on several concepts, including an idea similar to the Hong Kong Sixes (an annual tournament with a six-a-side format), or a league that could co-exist with the domestic structure,” says a former IMG hand. But the plan fell prey to the vagaries of BCCI’s politics, and the turbulent course of Scindia’s own political career when he resigned from the Congress party briefly.

Tracking events involving the BCCI—or the birth of the T20 idea in India—is like reading the Mahabharata. There is no dearth of sub-plots, and there are alternate versions and interpretations galore. The Scindia story too has a twist, and none other than Lalit Modi holds the centre stage in this one.

According to Amrit Mathur, currently the COO of Delhi Daredevils, the idea of an inter-city league that was floating around in the mid 1990s, and which was taken up by Scindia, was actually Modi’s. Even in those days, the US-educated Modi, who was in awe of the commercial success of the NBA’s basketball franchise model in America, wanted to replicate it in India. He was already thinking in terms of private ownership of teams, which would have a fair sprinkling of overseas stars.

Since he was not actively involved in cricket administration in those days, Modi sought the help of some of his friends, such as Piyush Pandey and former Indian opener Arun Lal, to take his idea forward. Pandey, who sports a Merv Hughes (former Australian cricketer)-like moustache, has been one of the most influential admen in the country for over two decades. His creative campaigns for brands such as Fevicol, Cadbury and the two-wheeler Luna are considered the gold standard in Indian advertising. Moreover, the current chairman of O&M, the ad agency, was an accomplished cricketer who played as a wicketkeeper for Rajasthan in Ranji Trophy.

Over a decade later, when the concept of IPL became a reality, Modi roped in Pandey to package the eight-city cricket league and create an international brand around it. Given their long-standing friendship, Pandey’s O&M was also entrusted with the brand-building exercise for both IPL and Rajasthan Royals. Pandey’s singer sister Ila Arun is the brand ambassador for the Jaipur team. It’s all about connections and networks.

Arun Lal’s cricket network too ran far and wide as he was the head of the newly created Professional Cricketers’ Association in the mid 1990s. His mandate during the Scindia days was to coax Indian and foreign players to cast their lot with the proposed league, and identify talented young domestic cricketers.

Lal’s job was to do what former England captain Tony Greig successfully accomplished for the rebel Kerry Packer’s World Series in the 1980s. It was Greig who recruited star players in various countries to participate in the rebel Packer series, even at the expense of being banned from international cricket by their respective cricket boards.

Pandey and Lal, along with Mathur, prepared a project and feasibility report for an inter-city league in the 1990s, but the BCCI wasn’t interested in it. A reluctant Jagmohan Dalmiya, then the BCCI chairman, cited an obscure rule that such a proposal can only come from a state cricket association, and not from private parties. That’s when Modi’s friends approached Scindia, who was then the president of Madhya Pradesh Cricket Association (MPCA). As a well-respected politician and a seasoned cricket administrator who was open to new ideas, Modi had hoped that Scindia would buy the idea. According to Mathur, potential sponsors, a media partner and team owners were identified, and most of the players who would participate were contacted.

Everyone was excited about the prospect of a high-paying cricket league. Sources contend that established players such as Dravid and Venkatesh Prasad (former India fast bowler) met Scindia to discuss the idea, and were even paid an advance to sign up for the new league.

However, unlike the current T20 format, Scindia’s inter-city league was to be a 50-overs game, played over four to six weeks in summers (which is cricket’s off-season in India) at various new floodlit stadiums.

“We hadn’t thought of player auctions, but we had decided to have a graded contract system,” said Mathur.

At that time, when Ranji players on an average made Rs 40,000 a year, the proposed league offered Rs 200,000 in annual contracts for playing a few weeks of cricket. It was as lucrative as IPL turned out to be, if one considers the purchasing power of the rupee. Sensing that private ownership of teams would significantly dilute its own importance, the BCCI threw a spanner and said ‘no’ to the participation of foreign players.

The BCCI’s decision meant the end of the Scindia league, even before it began. A league without international stars didn’t make any business sense for sponsors. Two years of Modi’s hard work amounted to naught as BCCI played party pooper citing technicalities and archaic rules, rather than rejecting the idea outright. “In a way, it was good because in hindsight the market was not ready for such an idea. The event was tiny compared to today’s IPL,” explained Mathur.