Has culture lost its place in Bangalore? 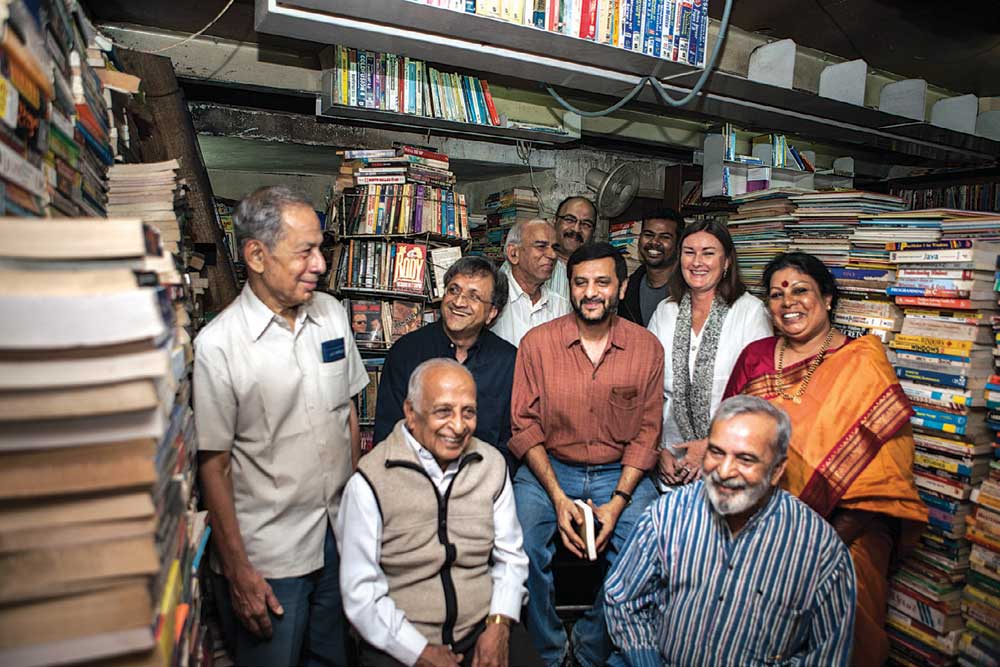 FOR MANY LONGTIME Bangaloreans, the reality of today comes up short against the reverie of yesterday. A many-headed beast feeling its way forward without quite knowing how, the city, in a former life, had been an isle of bliss. In Askew, TJS George, a senior journalist and a Bangalorean, turns flaneur of that cosy past. He nostalgises the ‘Bangalore way of life’ before progress turned its ‘grace to gluttony’. ‘The problem was that IT transformed Bangalore in ways earlier bouts of industrialization and immigration had not. The old agreeable Bangalore was now replaced by an aggressive Bangalore where no one had time for his neighbours,’ he writes. But what makes this slim volume a keeper is his reportage: from the crowded platforms of Bangalore’s railway stations during the unfortunate exodus of the Northeasterners in 2012, from inside the burgeoning community of IT professionals who have moved from America to India’s Silicon Valley expecting potholes and walking into pitfalls, from the establishments that define Bangalorean food.

The author finds, in the incessant movement of the city—a garden city made over, first by its public sector units, its mafia and its liquor industry, he tells us, and then by the IT companies— characters that stand out in the human sprawl. Some of them are familiar: Kempe Gowda, the 16th-century founder of Bangalore whose mother told him to ‘build lakes, plant trees’; ‘the quiet Vittal Mallya’s unquiet son Vijay Mallya’; N Lakshman Rau, a much-admired administrator who laid out Jayanagar, one of the largest planned neighbourhoods in Asia, in 1948. We also meet more obscure people from the pages of Bangalore’s history: Bhairavi Kempegowda, a gifted singer who would enthrall his guru’s neighbours in Basavanagudi with his unimpeachable rendition of Bhairavi when not drunk; V Harish, a barber who collected Kannada literature and recreated the hairstyles of Kuvempu, Shivarama Karanth and other illustrious men of letters; MP Jayaraj, a former Congress youth wing head-turned- Bangalore’s first gangster boss and other unsavoury elements whose gang wars shaped modern Bangalore.

In a chapter on the food that sustained a generation of the city’s scholars and artists, we run into R Prabhakar, the ‘Dronacharya’ of Bangalore’s restaurateurs and the man behind the 5,000 Darshinis dotting the city today. Pioneered in 1983, a ‘darshini’—that which is visible—is a pocket-friendly restaurant modelled after Western fastfood joints, with an open kitchen. Instead of seating, it has high round tables at which people stand and slurp down their vada-sambaar. The author takes us right into the May 2015 wedding of Prabhakar’s son, marked by ‘the meal of a lifetime’ served up by the state’s top restaurateurs who had volunteered to take charge of the kitchen.

In the author’s telling of Bangalore’s cultural history, its successful families are major landmarks: the Narayana Murthys, the Adigas, the Maiyas and the Koshys. Many of the city’s triumphs are attributed, and rightly so, to these enterprising families, but there is precious little about the common man and his mundane life. The immigrants, among them start-up entrepreneurs who have changed lives and made fortunes, also fall by the wayside of this ‘biography’ of Bangalore.

Nandan Nilekani, civic activists and other political aspirants make cameo appearances, part of an ensemble cast chasing a parallel plot for a better Bangalore. Anything, one would think, is an improvement over a city of frothing lakes, unnecessary flyovers built so that government officials could siphon off money, and garbage transport controlled by the mafia. But can Bangalore’s ship be righted? The author raises another question: in this laboratory of social and economic change, has culture lost its place? Is progress no longer co-terminous with civilisation? And he goes on to answer: ‘Bangalore held on its soul force. How many cities would see writers and students holding a wake as Bangaloreans did for the Premier Book Shop when it closed in 2011?’