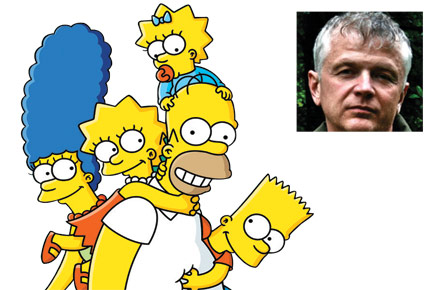 
Q So many movies inspired by books. Is it flattering as a writer?

A It’s more of a threat, really.

Q Does being the author of ‘the book made into a blockbuster movie’ open more doors, in publishing and the film industries?

A If the movie does well, yes. In the case of I Love You Beth Cooper, it did not.

Q How has writing episodes of The Simpsons and Beavis and Butt-Head helped?

A I’d say writing on The Simpsons is like getting a PhD in storytelling. I learnt a tremendous amount there about what works, what doesn’t, and why.

Q You’ve moaned before about ‘writing movies that will never be made’. Is writing books, in some ways, a determined act to make sure your work sees the light of day?

A I did not moan! I just stated the simple fact of the movie business, which is most of what you write will never be seen. In exchange, they pay very well. So, yes, to a certain extent, writing books is a way of being read, assuming you can get anyone to read it.

Q You are primarily a writer of screenplays. What were the challenges you faced writing your first novel, I Love You Beth Cooper?

A I came to screenwriting late, after a career as a journalist and magazine writer, so I already had a certain level of skill writing prose. Nevertheless, sa novel is a mammoth undertaking, at least for me, and the primary challenge I faced was one of endurance.

Q I Love You Beth Cooper was hugely entertaining. But why are high school capers always about nerdy boys in love with popular cheerleaders?

A I Love You Beth Cooper was intended as a comic deconstruction of the whole genre, so I purposely began with the most familiar characters and situations, and tried to tease something new and real from them. As to why many teen movies have the nerd in love with the unattainable girl, you only need to meet five or six screenwriters to figure it out.

Q You are currently working on both your second novel, Go Mutants, and a script based on it. What is the story? How difficult is it to think about both simultaneously?

It’s set in a world in which all of the alien invasions and atomic mutants of the golden age B-movies really happened, and now it’s a generation later and the alien and mutant offspring of those original villains are in high school, where they are considered juvenile delinquents. The main character, J!m, is inspired by James Dean in Rebel Without a Cause, the difference being he’s seven feet tall, blue and has a humongous brain.

The book is very cinematic, so it hasn’t been hard thinking about both together. The book comes out next summer. I don’t know when the movie will, if ever.

Q Would you rather write movies or books?

A I prefer writing books, but also enjoy paying the mortgage.