The state has a new crisis, but experts say there is no reason to panic 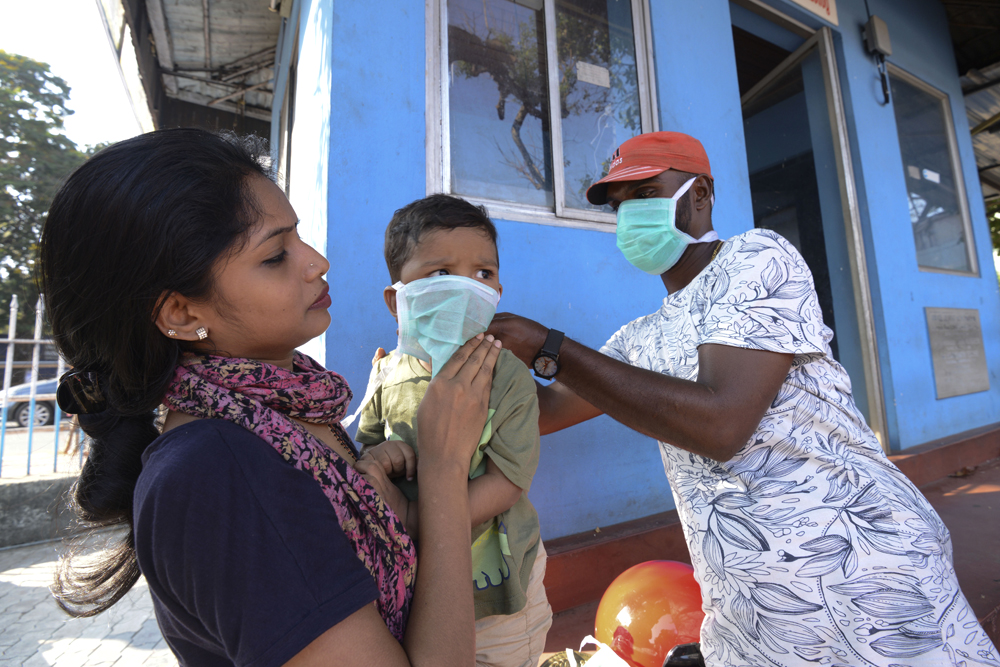 The Kerala student who has been confirmed as the first case of the Corona Virus in India had recently returned from Wuhan, the epicenter of the outbreak in China. Her identity is not disclosed and she has been kept in isolation at the Medical College Hospital in Thrissur, according to Health Minister K K Shylaja. An entire team of officials and doctors are monitoring the patient round the clock. The Health Minister conducted a press conference on January 31 to reveal this news.

The Health Minister said 1,053 persons, returnees from China and other affected countries, and their family members have been identified and 15 of them admitted in isolation wards. The remaining 1,038 are under home quarantine. Twenty samples were sent to the Virology Institute in Pune, of which 10 have been confirmed negative. The results of the remaining cases are awaited, except for the one case confirmed positive. The Minister informed the media that the patient is not under life threat and her condition is stable. Eleven students who returned from Wuhan University in China have been identified in Thrissur; four of them are there in isolation wards. There is a period of 20 days of observation and the Minister has called for all returnees from affected countries to report to the authorities and to keep themselves quarantined at home. The coronavirus is not as deadly as Nipah, an outbreak of which had happened in Kerala in 2018, but still needs extreme vigilance because it is believed to be airborne.

More than 9,000 confirmed cases have been reported in China so far and about 200 people have died. Apart from China, 18 more countries have reported confirmed cases of the new coronavirus. Most of these cases concern returnees from China. The World Health Organization has declared a global health emergency considering the pace of the outbreak and the risks from the spread of the virus in countries with poor healthcare systems.

“Corona is not as deadly as Nipah in one aspect of it, but it could be deadlier considering certain other aspects” says Dr Anoop Kumar of Baby Memorial Hospital who first detected the presence of the deadly Nipah Virus in 2018. Compared to Nipah, the mortality rate is very low for coronavirus infection. It was 90 per cent for Nipah and only 2 to 3 per cent for the new coronavirus. “We have a situation to be worried about but there is no need to panic,” says Dr Anoop.

“Although the mortality rate is low, the transmission rate is high. In Kerala we are awaiting one or two more batches of returnees from China. All those who display symptoms are required to be under close observation and most of them may have to be put under home quarantine. We need 28 days of observation as well,” Dr Anoop says. According to him, Kerala has only started fighting this deadly disease and it is too early to predict how lethal the impact will be.

Kerala has a large emigrant population that includes students enrolled in professional courses in China. The state runs a risk whenever there is a global outbreak. “Kerala being the first state in India confirming the presence of the virus is also a sign of a better healthcare system,” says Dr Anoop. China returnees in other states are not as effectively monitored as it is being done in Kerala.

The state government has opened control rooms in all district headquarters and isolation wards are ready in all major government hospitals. Healthcare professionals are being trained to handle the crisis. A meeting of private sector health practitioners, too, is perhaps called for, with the support of organisations like the Indian Medical Association.
Kerala Health Minister KK Shylaja, praised globally for her skills in containing Nipah, appears to be on the job. “Stringent action will be taken against the media that goes against the protocol and delivers false information,” she warned at the press conference.