Classified military documents on China’s strategy for a limited war against India confirm our worst fears: China can take Arunachal in 48 hours. And we are in no hurry to do anything about it. 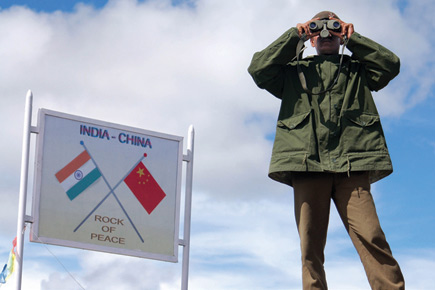 China can take Arunachal in 48 hours. And we are in no hurry to do anything about it.


Repeated violations of the Indo-Chinese border lead to an escalation in the war of words, but India continues to believe that the Chinese are following their usual pattern of aggravation and conciliation. Rapid Reaction Forces, comprising 4 divisions stationed at Chengdu and Lanzhou after an overnight mobilisation cross rapidly into Indian territory in Arunachal Pradesh. Indian defences are caught unawares, but the Fifth Mountain Division in Tenga engages the invading forces. They find themselves badly outmatched, not only outnumbered but also out-equipped because the Chinese RRF also include airborne assets. The Indian forces have no immediate airlift capacity to provide back up. Within the next 48 hours Arunachal is overrun. The other Indian divisions in the region need at least a week to reach the zone of conflict. By then, the Chinese have achieved their goal of winning a limited war.

The above scenario is no conjecture, it is a plausible outcome of the Chinese doctrine of war against India. The Delhi-based Integrated Defence Staff (IDS), a tri-services institution for planning joint doctrines for the Indian military, in its assessment of Chinese military might, has analysed the Chinese plan for winning limited wars under hi-tech conditions.

The document, a copy of which is available with Open, speaks of a Chinese strategy based on the use of RRFs or ‘fist units’ to fight local wars that ‘can achieve the political objective rendering major wars unnecessary’. These fist units are self contained units to be deployed as ground forces in direct combat, and were raised after the People’s Liberation Army (PLA) emphasis on numbers-in-action in a numerically huge army gave way to a capability-driven force.

In other words, the PLA has shifted away from the strategy that gave it victory in the 1962 war against India. But even today, the result is unlikely to be much different. Now, instead of overwhelming numbers, it is the rapidity of movement and mobilisation that is likely to overwhelm India, perhaps leading to a scenario no different from what transpired in 1962.

»Capability of reaching anywhere within China in 7 days, likely to be reduced further

Speaking to Open, former Army Chief VP Malik confirms, “The Chinese have built infrastructure and have their Rapid Reaction Forces (RRF) in place, and are prepared for short wars at the border, as far as movement of troops at short notice and arms are concerned, as they’ve been using an active defence strategy all along which has a certain amount of offensive in that. India earlier was thinking of converting one of its Army divisions into rapid reaction, but did not do it. We need to build our forces in terms of lift capability, landing, light arms and weapons, accordingly—something that was suggested by the IAF and Army earlier, but has not really taken off. Even electronically, the Chinese are far ahead of us.”

The IDS assessment of the Chinese WZC doctrine, done alongwith the Defence Intelligence Agency (DIA), talks about China’s three-fold War Zone Campaign (WZC) doctrine—elite force sharp arms (that is, suitable hi-tech equipment), fighting a quick battle to force a quick resolution and gaining initiative by striking first. For this purpose, ranged against India are the following:

»In Lanzhou adjoining northwestern Arunachal: 3 divisions and one artillery brigade

These divisions provide a strength of 94,000 men against which India has ranged 9 Mountain Divisions comprising 90,000 men, but most of these would not even enter the conflict. Of the six Chinese divisions, four are airborne RRFs and can be moved within 48 hours on the back of airlift capability granted by Y8, IL-76 and H5 transport planes in the region. With rail and road infrastructure in place, mobilisation time could be further reduced. The Lhasa-Beijing railway line, the highest in the world, would further help in transporting troops and logistics. In contrast, India’s first C-130J transport plane would enter service only in February 2011. As a result, seven of India’s eight mountain divisions in the northeast would be of no use against an offensive as laid out in the Chinese War Doctrine.

The eight Indian mountain divisions in the northeast are as follows:

No armoured or airborne units are part of mountain divisions in this region. Moreover, these units require at least a week to be mobilised, which would be time enough for China to bring its entire force of RRFs to bear against India. The numbers in Chengdu and Lanzhou can be backed up by any of the 19 other RRF divisions across China; given their airlift capabilities, many of them can reach the theatre of operations within a week, which is still faster than what it would take Indian troops located far closer to the action.

Former Army Chief JJ Singh sounds sanguine: “The enunciation of a doctrine and the creation of rapid reaction forces (RRFs) is a fundamental imperative for any military. RRF is a high sounding name for ‘reinforcements and reserves which are capable of quick induction’. There is nothing new in that. No professional army can be ‘sans’ doctrine, and no general can ignore having reserve forces in a ‘ready and relevant’ mode, to be employed when and where required.”

But the fact is the Indian response to the scenario laid out in documents compiled by its institutions has been slow in coming. India lacks infrastructure in the northeast. The Border Roads Organisation is still in the process of coming up with roads and other structures in the area nearly four decades after the defeat suffered at the hands of the Chinese. An amount of Rs 2,000 crore is now being pumped in for the re-activation of the advanced landing grounds (ALG) in the northeast and Ladakh.

In September 2009, in Nyoma, eastern Ladakh, an IAF An-32 transport aircraft landed at the ALG, at an altitude of 13,300 feet, and became the first fixed wing to land at the compact airstrip, which is 23 km from the Line of Actual Control (LAC). Helicopters have been landing at the place, though. Nyoma was re-activated as part of the seven defunct airfields which were to be re-activated, and came after Daulat Beg Oldie and Fukche in Ladakh, which were made operational in 2008. Daulat Beg Oldie is the highest airfield in the world at an altitude of 16,200 feet.

But in Arunachal Pradesh, Machuka, Tuting, Paasighat and Along still await re-activation. And it is here that the Indian vulnerability which was so badly exposed in 1962 persists. India had only two divisions of troops in the region of the conflict, and as a result, China registered major gains over India and seized Rezang La in Chushul in the western theatre and Tawang in the eastern theatre. The Chinese strategy was clear: the main assault was launched in the eastern sector, while a simultaneous but smaller assault took place in the western sector. All Indian troops in territories that China claimed belonged to it in the eastern sector were ousted before China declared a ceasefire in November 1962.

The Government’s own assessment of the failures of 1962, recorded in the official history of the war, reads: ‘Strategically, Walong, Tawang and the forward areas in Ladakh were indefensible in 1962 against a major attack. But, regarding eastern Ladakh in particular, it is difficult to think up any viable strategy to save it once the Chinese have stolen a march in logistics by quietly building the road through Akshai Chin.’ That is precisely what the Chinese are busy doing now: stealing the march in logistics.

India, on the other hand, continues to respond slowly. Two Sukhoi-30 squadrons are planned for Tezpur and one for Mohanbari, but only Six Sukhoi-30 aircraft are flying in Tezpur currently. Six C-130J Super Hercules transport aircraft, which India is buying from the US, are to be based in the northeast, in all likelihood in Jorhat as these aircraft need very little space and can take off and land on short runways.

There is no armoured regiment in the east or northeast. The 66 Armoured Regiment at the Indo-Bangladesh border is to be used for any eventuality in the east and northeast, till light tanks are bought for use at high altitudes.

The Indian Army plans to buy around 300 light tanks, mainly for the China-centric Karu-based 3rd Division, but plans to increase armoured presence in the North Sikkim plateau are also under active consideration.

But even as India gears up to meet the current Chinese threat, China is already planning for the future. As a result, the gap in capabilities is unlikely to shrink, if not grow wider.At the moment, while India has technological superiority in air power, this is also being neutralised by the Chinese. China is inducting 40 Sukhoi 27s and 300 J 10 fighters, 10 IL 78 mid-air refuellers, 4 Awacs and around 4 to 6 airborne early warning aircraft. This will take care of the current imbalance. The addition of 40 IL 76 heavy lift aircraft will bolster their airlift capabilities which will cater to another 48 additional airborne divisions that are being raised this year. In addition, the DIA estimates the Chinese have an additional 500 civilian aircraft for the airlifting of troops.

Former Air Chief FH Major tells Open that while some of the claims may be exaggerated, China does enjoy an advantage in numbers: “300 J-10 aircraft by the end of 2010 is too high an expectation as each aircraft requires clearance before becoming fully operational. But, inventory-wise China is ahead of us with their force multipliers and counter measures.”

In 1962 as well, the Indian establishment misjudged the intent of the Chinese. The Indian intelligence apparatus told the Government in Delhi that the Chinese ‘were not likely to use force against any of our posts, even if they were in a position to do so’.

The 1962 incursion proved it wrong. The closing remarks of SN Prasad, chief editor of that war’s official history that was commissioned by the Union Ministry of Defence, sound a note of caution worth mentioning here: ‘In the long history of war, defeat has always proved a better teacher than victory. The 1962 war proved it once again. But no nation can afford to have many such teachers.’