She Is Not a Moron, She is Young

Getting under the skin of the real Indian out there 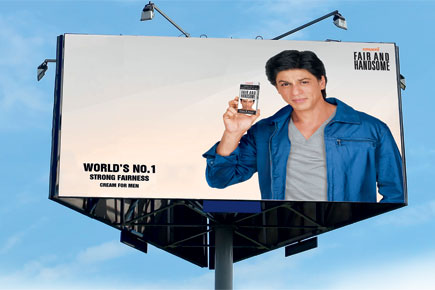 Getting under the skin of the real Indian out there


Has globalisation influenced consumer behaviour in India? It most certainly has. Today, I would say, the gap between ‘global’ and ‘local’ is very narrow, especially in urban areas. However, when it comes to food and music and movies, and of course, cricket, Indian favourites have a special place. As a marketer/advertiser, I have always believed that the emotional connect with the consumer depends a lot on his or her cultural context. For instance, ‘Maa’ in India is almost like a goddess. However, in the West, Ma is now treated as a bit of an old bore.

At one time, Hamara Bajaj, an icon I created, was considered the trustworthy, long-lasting scooter that was a family’s friend. Today, Hamara Bajaj is speedy, flashy and young. The big change came when Liberalisation opened the doors to the luxury market. Earlier, I had bought my eldest daughter a handbag worth Rs 5,000 and she was ecstatic. Today, my youngest daughter turns up her nose at a Rs 45,000 Louis Vuitton handbag!

There is no doubt that consumerism in India is as hot a favourite as it is in the West. This is especially so in the market for electronics, where gadgets like cellphones, cameras and tablets have reached out and grabbed the heart of Youngistan. Price and affordability are less important than style and killer apps. The race to keep up with the Joneses is getting replicated in India with the ‘izzat ka sawaal’ desire to keep up with the Shahs.

All this places a bigger premium than ever on a brand’s performance in the public arena. I have been very fortunate to have entered advertising straight from theatre, without going through any advertising course. In my book A Double Life, I drew a parallel between brands and actors. The brand needs a voice, which is usually the slogan, it needs makeup and costume, which is most often the packaging, and it needs a heartfelt message, which is usually the dialogue and situation in a television commercial. And none of it is effective without a grasp of the consumer’s mind.

In the 70s, when I examined what the Indian housewife desired most, I found for example that she wanted to escape from all the chores and duties that she had to perform everyday for her husband, her children and her in-laws. So, when she had a bath, it was the only ten minutes in the day she had to herself. And that was the time she would daydream about Amitabh Bachchan riding a white horse and carrying her away. This was fantasy, but it signalled a deep felt need to be bindaas, without care. That’s when I hit upon the idea of the girl in the waterfall as the epitome of a young adult who’s carefree and fresh and bindaas—for Liril.

In another case, Cherry Blossom shoe polish, I realised that young India of the 80s was fed up with polishing their shoes, as they considered it a bore. That’s why Cherry Charlie was introduced to make shoe polishing fun and a little upmarket.

Another icon I established who was emotional-cum-rational was Lalitaji. For years, Hindustan Lever had been trying to grab back the marketshare that Nirma had robbed it of, by appealing to rational instincts: half a kg of Surf is equal to a full kg of any other washing powder and also that Surf cleans clothes cleaner than any other washing powder. However, that did not work. Therefore, we at Lintas, the agency which I was the head of, came out with a personality based on my mother, a good commonsensical housewife who’d said to me many times, “Sasti cheez aur achchi cheez mein fark hota hai.” This simple emotional/rational appeal coming from a hardnosed bargainer like Lalitaji struck a chord with all Indian housewives. And Surf sales began to rise.

My idea of a great advertisement, by the way, is one that gets great sales. It’s wonderful to win a Golden Lion at Cannes, but the ‘golden line’ the client who’s paying the bills wants is golden sales.

In the final reckoning, that is how an ad campaign is always assessed, whatever it conveys by way of message or establishes by way of talent. Take the Gujarat Tourism campaign currently on air. Amitabh Bachchan we believe is the greatest actor in Bollywood… but when he goes on to become a spokesperson for Narendra Modi, he proves he loves ‘acting’!

My biggest breakthrough on human behaviour (which comes from decades of studying characters in plays by Shakespeare and Arthur Miller) was Fair & Handsome, a fairness cream launched as recently as 2005 by Emami. Here, I discovered that the Indian male is as vain as the female when it comes to his looks and attractiveness to the opposite sex. Hindustan Lever’s Fair & Lovely, which had led this fairness market for decades, had been sleeping over this vital clue.

It is hard to deny that fairness creams often get social commentators and activists all worked up. What they should do is take a deep breath and think again. Lipstick is used to make your lips redder, fairness cream is used to make you fairer—so what’s the problem? I don’t think any Youngistani today thinks the British Raj/White man is superior to us Brown folk. That’s all 1947 thinking!

The only reason I can offer for why people like fairness, is this: if you have two beautiful girls, one of them fair and the other dark, you see the fair girl’s features more clearly. This is because her complexion reflects more light. I found this amazing difference when I directed Kabir Bedi, who is very fair and had to wear dark makeup for Othello, the Black hero of the play. I found I had to have a special spotlight following Kabir around the stage because otherwise the audience could not see his expressions.

When you have experience like I have—about 50 years in advertising and more in theatre—then you realise that a lot of people don’t talk out of experience, they talk out of book knowledge. They say, “Oh my God, fairness creams… are they saying that Indians are not as good as Europeans?” It’s nothing to do with that.

What liberalisation has increased is status-consciousness, which I call izzat ka sawaal. It is best summed up by a campaign by the ad agency Avenues for Onida, an 80s’ brand of television sets: ‘Neighbour’s envy, owner’s pride.’ It’s a powerful motivator. Why does a poor farmer who can hardly make enough to get two meals a day go to a moneylender and borrow Rs 1 lakh to have a grand wedding for his son? Izzat ka sawaal.

Old fashioned fatalism, however, has been thrown out by Youngistan. Only when there are restrictions, particularly by parents or professors or teachers who are very strict or equate izzat ka sawaal with getting goods marks, do Youngistanis throw themselves out of windows in despair. So long as they feel their karma is in their own hands and not in their parents’ hands, fatalism is a big fat zero in their lives.

Also, they take a dim view of authority. People in Youngistan do not want to use the brands their fathers are using. My daughter, when I was driving my Honda City, said, “Dad, what kind of car are you driving? You’re supposed to be a celebrity.” I said, “It’s a good car, it gives me good mileage and low maintenance.” And she said, “So what?” “Okay,” I said, “Young movie starlet”—which is what Shazahn is now—“What are you going to do about it?” A year later, she phoned me and said, “Guessh what Dad, I bought myself, on a hire-purchase scheme, a BMW!”

Thanks to downpayments and EMIs, people in India can now buy BMWs at 22, they can live in luxury apartments at 25, and go on foreign holidays at 27, all paid for by earnings in the future. A lot of economists have been saying, “Watch out! Watch out! What happened to America might happen to India.” True, and young India should be aware, each time you spend Rs 1 lakh on anything, you should put Rs 1 lakh away in the bank. That’s my advice.

In general, Indians may or may not be conservative with money, but with sex, they are definitely not. The Indian audience has never been prudish. They love sex. Everybody. If they didn’t love sex, what are we doing with a population of 1.4 billion? That’s why they loved Kama Sutra. When I launched KS, the country’s first sexy condom, young Indians just fell in love with it. They even forgot that The Kamasutra was actually a manual on sex written hundreds of years ago.

I’m certainly not part of young India, but when I was in school and college, it was Hollywood beauties like Ava Gardner and Marilyn Monroe who were my dream fantasies. And when a few like Sharmila Tagore in An Evening in Paris wore a bikini, we all went gaga. We’ve always loved sex. If the country’s blue-noses, the moral police (and I’d like to rename them the moral morons) think voters in India, especially middle-class voters, feel sex is bad, they must look into a few bedrooms, and also backseats of taxis, and also little cosy nooks in parks.

Kissing on Indian screens is now acceptable. Five years ago, it was not. It all depends on who the head of the Censor Board is. A movie like Delhi Belly, which has four-letter words in every scene, was cheerfully accepted by Indian audiences because the Censor Board passed it. It is only some right-wing groups who think they get votes by tearing down movie posters and gheraoing cinema halls for showing ‘wulgar’ films. They’re living in the past. So are many others. The Government of India has some of the finest minds of the 17th century!