Contrary to political belief, equity investments need not be gambles if the objective is to obtain dividends from companies rather than make quick bucks on market trades 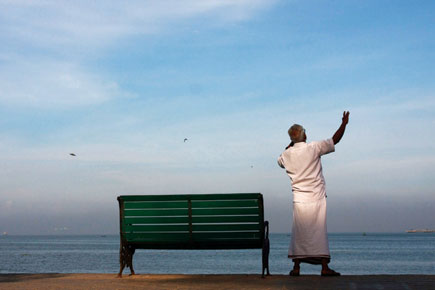 Contrary to political belief, equity investments need not be gambles if the objective is to obtain dividends from companies rather than make quick bucks on market trades


One good deed that T20 cricket could yet do is nudge Indian attitudes higher up the risk-return curve: if you dare more, you could earn more. It hasn’t happened so far, at least not in the field of financing a life of retirement. What’s worse—in a country with no social security cover other than a job guarantee for those in poverty—is the Centre’s muddle over pension reforms.

Let’s get real. At least educated folk need to take charge of their own lives. No employer can afford fixed payouts for pensioners in perpetuity, not even the Government anymore (it’s under pressure anyway to contain its expenses for India to prosper). This is why government recruits are now enrolled with the National Pension Scheme (NPS), which, in keeping with the real world of finance, asks for fixed contributions instead, and aims to maximise eventual payouts by investing the fund’s corpus wisely. Since ‘market vagaries’ can be scary, and some people like to play safer (and earn less) than others, the NPS offers an array of risk-return investment options, with an equity-to-bond ratio ranging from nil to 1:1, or anything inbetween with equity set to decline year-by-year as one ages.

In 2009, the Centre threw the NPS open to all citizens, but private sector earners have shunned it en masse. Presumably, this is because they haven’t heard of it, do not trust a State-run monopoly with their old-age money, have their own pension plans (devised by insurers for example), or all of the above. What the sector needs, evidently, is the adrenalin of competition among money managers, especially those specialised in long-term finance.

What everyday earners need is choice: the option of switching pension funds with ease. And this calls for throwing the field open to pension funds from far and wide—the principal point of pension reforms. What everyday earners don’t need is the possibility—any possibility at all—of a pension sector blowout, with fund managers acting like casino gamblers in their greed for instant bonuses. This calls for a strict set of enforceable rules and disclosure norms for all such funds. Contrary to political belief, equity investments need not be gambles if the objective is to obtain dividends from a diverse set of firms—a sensible approach if the economy expands at a 6-9 per cent clip over the decades ahead—rather than make quick money on market trades. But still, for the safety of India’s financial sector on the whole, ‘macroprudential regulation’ would be ideal, and this is something the RBI ought to be entrusted with.