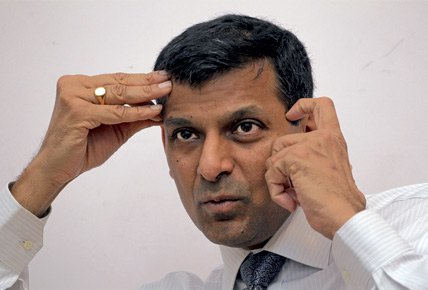 It is not just public sector banks that need to raise extra capital in the years ahead. On 22 July, the Reserve Bank of India (RBI) released a report on how best to deal with ‘Domestic Systemically Important Banks’ (dubbed ‘D-SIBs’). It takes note of the global financial crisis of 2007-08, and specifically the threat posed to an economy if its key financial institutions suffer a critical failure. If a large bank is unable to repay its creditors, and many of them are other banks, then the liquidity crunch could set off a domino chain of collapses all through the banking sector. To pre-empt such a catastrophe, the large bank would have to be bailed out by the country’s ‘lender of last resort’, its central bank. In 2007-08, for example, it was the US Federal Reserve that put in the money needed to save several large American financial institutions that were considered ‘too big to fail’.

Now the RBI seems set to adopt the same safety system. While India’s banking sector is dominated by State-owned banks, which are implicitly backed by the Government anyway, a set of private banks are to be deemed D-SIBs: too big to fail. The trouble with the assurance of a bailout with public funds, however, is the extra risk it may perversely encourage a bank to take under the assumption that its losses would be made good by the Government (at the taxpayer’s expense). To minimise this ‘moral hazard’, the RBI wants to tighten safety norms for D-SIBs. They would have to expand their ‘capital adequacy’ cushions, for example.

To identify D-SIBs and set safety norms, the RBI’s report draws on a framework established by the Basel Committee on Banking Supervision in 2011. Accordingly, the RBI has marked out four indicators of ‘systemic importance’: the size, interconnectedness, substitutability and complexity of the financial institution in question. By its rule of thumb, any bank that is greater than or equal to 2 per cent of GDP by size will be included in its sample for D-SIB screening. Of these, the banks that are picked by the four criteria will be ranked and placed in one of four categories, each of which imposes new capital requirements—from 0.2 to 0.8 per cent of the bank’s risk-weighted assets—in addition to what the usual norms mandate. A fifth category will have banks that continue to grow in systemic importance, and these will need even bigger cushions of safety. If the proposal is adopted, it would be put in place only gradually, though: done over four years, beginning in 2016.