Let’s dress up the shirtless too 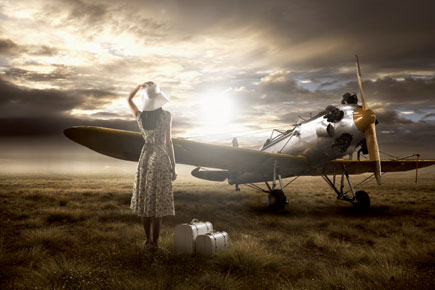 Let’s dress up the shirtless too

On her last visit to New Delhi, Annick Jordi had lunch at Hauz Khas village, an area she loves for its “Boho vibe”. The 41-year-old Swiss entrepreneur and jewellery designer was on a routine business visit to the country of yoga and Lord Krishna, her favourite Hindu deity. An Indophile and businesswoman, Jordi has over the past decade hunted out top-quality gems in Jaipur which she uses in her fine jewellery. She also sources cashmere from Srinagar. In addition, with the help of Indian artisans, Jordi has developed a technique for digital printing on fine silk, which she then combines with pashmina to create one-of-a-kind shawls for sale in Europe. Her jewellery pieces and scarves are designed for European buyers and sold mostly through her company’s website and trade shows in Las Vegas and Hong Kong.

“We love the way Indian craftsmen make gold jewellery look rich and ethnic,” affirms Jordi, co-owner of Geneva-based Bahina Sarl. She is planning to scale up operations in Kashmir, while continuing with her jewellery manufacturing in Rajasthan and Delhi.

Jordi’s enterprise involves local talent in no small measure, and could be what EMS Natchiappan, Union minister of state for commerce and industry, was referring to in his address as chief guest at the Second India Luxury Summit 2014, held last month in Delhi, when he said, “We have got a huge number of artisans who can adapt to any situation and bring out any type of designs, with respect to various patterns of different countries, owing to their inherent capabilities,” adding that all that was required was international exposure.

The luxury industry is growing 30 per cent annually in India, says a KPMG report. With India’s fast-rising count of High Networth Individuals (HNIs)—the country’s dollar billionaires grew from nine in 2004 to 55 in 2013—the luxury industry has shown no sign of a slowdown. Currently pegged at $8.5 billion, India’s luxury market is expected to touch $14 billion in just two years, driven by increased spending on high-end apparel, fashion accessories, jewellery, fine dining, home decor, spas, concierge services, hotels and assets such as yachts, art and private jets. This last segment grew 25 per cent in 2012, despite an overall slump of 10 per cent in car sales across India.

According to the KPMG report, it is not just the super-rich who make high-value purchases; the growing number of urban ‘upper-middle-class aspirers’, who see luxury goods as symbols of having ‘arrived’, will soon form the bulk of the consumer base. So, in 2013, when BMW launched a new entry-level automobile at Rs 21 lakh and Moet Hennessy launched its first Indian-made wine, it was these buyers they had in mind. The rapid emergence of this customer group also accounts for an uptrend in footfalls recorded by luxury malls such as Palladium in Mumbai, DLF Emporio in Delhi and UB City in Bengaluru, even as more such malls come up in Ludhiana and Chennai.

It’s not only the big names in Indian fashion such as Ritu Kumar, JJ Valaya, Rohit Bal and Sabyasachi Mukherjee who stand to gain. Bag-maker Judith Leiber— who makes the glittering little metal clutches seen in the hands of US First Ladies on Inauguration Day—had a field day in Indore where a trunk show sold over a record 60 pieces in a day, with average prices well over Rs 1 lakh.

So it is perhaps not surprising that the number of global luxury brands coming to India has grown exponentially over the past few years. Last week, a delegation of senior executives from American luxury retailer Saks Fifth Avenue arrived in India for talks with the Aditya Birla Group, which owns the Collective chain of multi-brand luxury stores that have recently begun retailing the work of fashion doyenne Vivienne Westwood and Savile-Row suit-makers Hardy Amies, among others. Other multi-brand retail chains include Kitsch, owned by TSG’s Charu Sachdev who retails Alexander McQueen and Diane von Furstenberg; Genesis Luxury, which retails Jimmy Choo and Armani; and Ethos Group, which retails the world’s top watch brands such as Breguet, Carl F Bucherer and Jaeger leCoultre across India.

All the consumer frenzy translates to increased employment in the sector. Brands need trained staff for retail services, concierges, marketing, brand management and customer care; luxury consultancy firm Luxury Connect has estimated that this segment alone will need roughly 1.76 million employees by 2022. To tap this ‘people market’, the firm has an education wing that conducts programmes on luxury brand management, luxury retail operations and luxury visual merchandising in collaboration with the SDA Bocconi School of Management, based in Italy.

Tourism, too, stands to benefit substantially. Luxury hotel majors such as ITC, Taj, Oberoi, Leela and the Lalit Group have been expanding operations across the country, and foreign chains such as JW Marriott, Lebua, Dusit Devrana and Ritz-Carlton too have made Indian forays in the past few years. The Luxury Trains, a consolidated entity that serves as the general sales agent for Palace on Wheels and Deccan Odyssey trains, among others, has also recently gone tied up with Rocky Mountaineer in Canada and set up sales offices in the US and Switzerland besides India to cater to foreign tourists looking for authentic Indian luxury.

Yoga and spa retreats are also going luxe—besides Ananda in the Himalayas in Uttarakhand, Bengaluru offers several such getaways for wellbeing tourism—Dr Mathai’s Soukya, Jindal’s Naturecure and the Shreyas retreat being a few high-end examples.

With greater consumer focus on personal grooming, Indian entrepreneurs have also spotted opportunity in the luxury beauty segment, coming up with brands like Kama Ayurveda and Forest Essentials, both of which retail only at upmarket malls and markets.

The wedding industry is another burgeoning space for entrepreneurs; from event décor, photographers, florists to banquet facilities, and even magazines, the wedding market—expected to grow at over 25 per cent per year—has plenty of room for new talent and revenue generation. An important part of this industry, jewellery is also on a roll. According to an AT Kearney study last year, the domestic gems and jewellery industry is likely to double by 2018 due to growing demand, outperforming the growth in textiles and apparel production.

The importance of an industry that is unaffected by downturns in the rest of the economy cannot be overstated. By luring investors, it keeps commerce humming in assorted ancilliary industries and service sectors; even as other sectors suffer a payroll crunch, job opportunities in the luxury industry continue to expand.

Marie Antoinette may not have foreseen any such ripple effect when she made her “let them eat cake” remark, but in India at this point in history, sweet indulgences spell quick bucks for all—from the flour supplier and baker to the packager and delivery boy. Bon appétit.