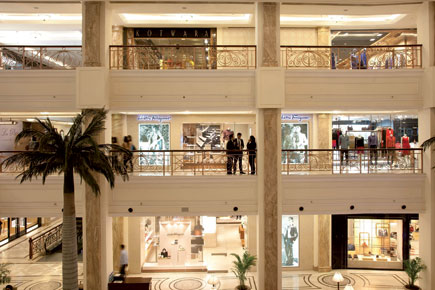 
When the going gets tough, the tough get going… or go shopping. India’s big businesses, under financial stress on account of the economic slowdown, have been out shopping for loans to meet their capital requirements. In the past four years, especially so. According to a recent report on the BSE’s top 500 firms by India Ratings & Research, this had burdened their balance sheets to a point that any further leverage would impact their credit profiles.

The report expects the next year-and-a-half to be very challenging for Indian companies, faced with high interest rates and slow capital rotation. While their debtors have delayed payments, their average outstanding period stretching from 47 days in 2009 to 51 days now (on the excuse of weak demand for goods), their input suppliers have become more exacting by reducing their average credit span from 60 days then to 50 days now. Trade channels paying later and suppliers wanting money sooner has forced businesses to take extra loans for day-to-day operations. “With revenue—shown on the books as ‘earned’—yet to be realised from debtors, the earnings and revenue chase of corporates to impress [stock] markets has pushed them deeper into credit trouble,” says Deep Mukherjee, the report’s author.

The total balance-sheet debt of the surveyed firms has risen by 193 per cent since 2008, with interest expenses up a staggering 226 per cent in the same period. This injures their ability to service the debt. Those that took cheap loans from overseas are in currency trouble, since a weak rupee means an enlarged debt burden. According to a Crisil report, Indian firms owe foreign lenders over $200 billion, half of it unhedged against currency risk. “Many large companies might end up in Intensive Care,” says Mukherjee. Small and Medium Enterprises have been sick even earlier.

To compound their woes, they have to fend for themselves. India’s macroeconomic scenario is so poor that businesses, big or small, cannot count on any help from policymakers. There is no fiscal space for the Government to do anything, and a series of slowdown related problems has kept the RBI’s monetary policy from acting in their favour. The last thing businesses can afford is a downward revision of their credit ratings, which would make it harder for them to get bank loans on reasonable terms.

They could sell assets to raise cash, which would make stockmarkets nervous. But this, says Mukherjee, may be the only way out if India Inc is to avert a debt crisis.