RBI Gently Does It; Salad Days Are Over 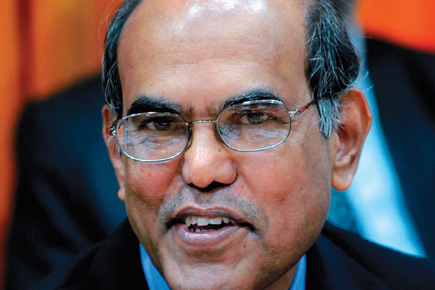 RBI Gently Does It; Salad Days Are Over


RBI: Gently Does It

Reserve Bank of India’s Annual Policy statement for 2010-11 continues on the path of monetary tightening, but prefers a calibrated approach.

The RBI often surprises the markets. This time, RBI Governor Duvvuri Subbarao did so by unveiling a less-than-expected set of interest rate hikes when he declared the RBI’s Annual Policy for 2010-11 this week. The central bank upped its key policy rates—repo and reverse repo—by 0.25 per cent each, and raised the cash reserve ratio (the fraction of deposits banks must park with the RBI) by a similar percentage. The signal from Mint Road was that its policy of monetary tightening will continue, but it will not be undertaken in a manner that cramps India’s economic growth momentum.

The immediate impact of these announcements will, therefore, be limited. Banks don’t see any need to hike their own interest rates just yet, which means your home loan rates may stay where they are. The corporate sector and stock/bond markets, which had factored in a 0.25 per cent hike, given the inflationary pressures, were naturally delighted—since many were betting on a hike of half a percentage point or more.

However, there are enough signs that the RBI has left some headroom for itself should inflation threaten to worsen. Subbarao admitted as much when he said that develop­ments on the price front are “worrisome”. Already, wholesale price-based inflation is within kissing distance of the double digit mark, at 9.9 per cent in March. But a determined—and some would say optimistic—RBI has projected this figure at 5.5 per cent in March 2011, which is a sure sign that the attack on prices will go on. The Governor has also not ruled out mid-cycle corrections in rates.

Keen RBI watchers are also betting on this possibility. Citi, for instance, says it maintains its view of a minimum additional 0.75 per cent hike in 2010, with a possibility of an inter-policy hike before the RBI’s next meeting on 27 July.

Adds a Goldman Sachs report: ‘We continue to think the RBI will deliver a total of 150 bps [1.5 per cent] of policy rate hikes in 2010…. also that liquidity will gradually tighten…. Thus, we continue to hold our long standing call of an effective tightening of 300 bps in 2010.’

Salad Days Are Over

Remember onions at Rs 50 a kg? Now, Koreans are faring worse. Skyrocketing cabbage prices in the country due to unex­pected snowfall and a prolonged winter means that Koreans are having to do without their national dish and a meal-time must, the kimchi salad. Restaurants are pruning portion sizes as the price of a cabbage head has tripled to more than $6, or about Rs 270. The spicy side dish, made by mixing pickled cabbage, radish and cucumbers with spices and condiments, even has a dedicated museum in Seoul. South Korea is estimated to consume about 2 million tonnes of kimchi every year.