The Man Who Got Malaria 37 Times

Doctors diagnosed filaria, typhoid, gastroenteritis, and even advised a shrink. But having had malaria so many times, Rauf Ali, far from dreading the disease, now finds that it is ‘not bad at all’. 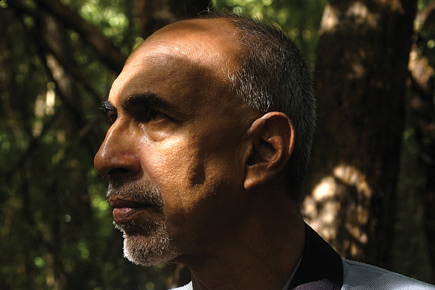 Having had malaria 37 times, Rauf Ali, far from dreading the disease, now finds it is ‘not bad at all’.


Having had malaria 37 times, Rauf Ali, far from dreading the disease, now finds it is ‘not bad at all’.

Let’s not count the six-seven bouts in Thailand. If one works in a rainforest, one expects to get malaria. Besides, my office was down the corridor from the malaria researchers in the university.

Almost two decades later, I was doing a survey of elephants on Interview Island. Located in the northern part of Andaman Islands, it takes about three hours by boat to get there, the last bit being over very choppy seas. Literally out of the blue, my feet got swollen, making it difficult to walk. After three days of this, I decided that it might be worth seeing a doctor.

There was only one doctor for the entire area, and people told me he was fantastic. “You’ve got filaria,” he said. He also asked me whether I “partook of alcohol”. I watched him write on my case history, ‘self-confessed alcoholic’. I took the pills he gave me, and went back to Interview. A week later, I was back there, with no change on the foot front, and panic attacks to boot.

You’ve gone mad, he told me. Better go to Port Blair and see a shrink. I’ll spare the sensitivities of the reader by omitting the gory details of the trip back. I decided to go to the doctor we usually went to, at a mission hospital. She diagnosed me with gastroenteritis, and prescribed medicines. What about the panic attacks? A good old tranquiliser was advised. I liked this so much that I forced myself to stop taking it, fearing yet another addiction.

A month went by, with the foot swellings still not gone, and the panic attacks continuing. Finally, the fever arrived as well. Back to the mission hospital, and this time the diagnosis was typhoid. Heavy antibiotics were prescribed and consumed. But to no effect. Doctors are such morons.

After a few more days, a friend in the Navy looked me up and insisted that I go to the Navy Hospital. I was given malaria pills even before the results came in, and this time the diagnosis was spot on. Two days later, I was totally normal.

I’ve had malaria 30 more times after this, because I used to be allergic to the drug that is supposed to flush it out of the liver. A doctor at the Vector Control Research Centre in Pondicherry solved the problem using some unorthodox dosages, but that’s another story.

I had got infected in Nicobar. I wish I’d shown the symptoms there originally. It is possibly one of the best places in the world to get treated for malaria. The average doctor there sees more malaria cases in a week than a doctor elsewhere sees in a lifetime. Here, in mainland India, when I see them reaching for the textbook, I know I’m in trouble again.

My colleagues in the Nicobars also suffered. Ravi Sankaran would always get falciparum malaria, the nastier of the two types, and end up in hospital. Manish Chandi also got treated for typhoid, and was critically ill by the time a correct diagnosis was made, again by a Navy doctor.

Okay, and I’ve also managed to get re-infected. People ask, ‘Why don’t you take the pill?’ Try looking up the side effects…. headache, stomache ache, nausea, depression, anxiety, loss of hearing, insomnia and ‘vivid dreams’ (that is, when you can sleep). On balance, I’d prefer getting the disease. It’s not bad at all, provided you catch it early. The inability to eat and the anxiety attacks work pretty well as indicators in the Andamans. The cyclical fever, which doctors tend to put their faith in, isn’t a very reliable indicator, since it’s often absent.

The 37th time was almost as traumatic as the first. I was packing to board the Port Blair-Chennai flight when that familiar feeling of dread descended. Three hours later, after that familiar chloroquine rush, I was fine, but the flight had left. Try getting out of the islands at short notice during the tourist season. It is expensive!

There are two common forms of malaria that occur in India: one is vivax, which is the form I get. This infects only immature red blood cells and it is pretty easy to wipe it out in the blood. The liver, however, is a different matter, and another drug is required for this over a length of time. The second form, known as falciparum malaria or cerebral malaria partly due to the insane headaches it causes, affects mature cells. It can be easily treated; but if not treated quickly, it can kill.

What of the mosquito? The female lays the eggs in water. These hatch and grow up in this water. The female goes out and mates. She then needs a blood meal before she can lay her eggs: and this is where the problems of mosquito bites and malaria start. She then needs to repeat the cycle before biting someone again, and the chances of survival from one cycle to the next are minuscule—this is why we’re not all suffering from malaria! For the record, the male mosquito is a peaceful vegetarian who goes through life sipping plant juices.

Not at all appreciated is the fact that mosquito control, especially in urban areas, does not need too much more research. It is an environmental problem, and mosquitoes can be reduced, even eliminated, by a few simple procedures. These involve eliminating the sources of water in which mosquitoes breed. Make sure the drains in your area are covered; make sure there are no bits of broken pots or containers where water has accumulated; makes sure the vents coming from septic tanks are covered with mosquito mesh. The guidelines put out by the health department after the chikungunya scare a couple of years ago are valid for any mosquito.