The Girl with a Halo

For the original Queen of the South, some dreams still remained unfulfilled 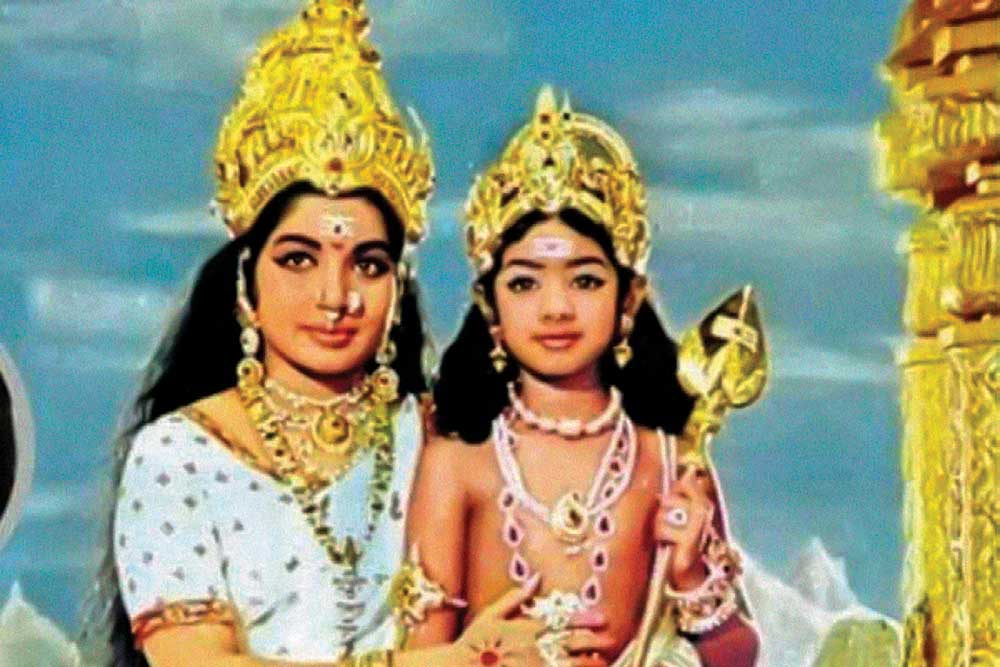 It began with a word of encouragement from Kamaraj when the legendary Congressman noticed a cute little girl, not yet four, with her father, a young lawyer, in Chennai. Lord Murugan was her first role, and nine years later at 13, she would play Rajinikanth’s stepmother.

VETERAN CONGRESS LEADER and celebrated kingmaker K Kamaraj, considered responsible for charting the course of many national leaders including Indira Gandhi, was also instrumental in directing the destiny of a film star—Sridevi. One fateful day, Kamaraj was busy as ever in a discussion with partymen at his residence on Thirumalai Pillai Road, Thyagaraya Nagar, Chennai. They were analysing the reasons for his electoral debacle from his hometown and constituency, Virudhunagar. Ayyappan, a young lawyer and a Congressman, was among them. He came from the village of Meenampatti, in Sivakasi taluk, Virudhunagar district.

In that political meeting was a bored little child, hardly four years old, pacing the room and gazing at the white walls lined with pictures of Gandhi and Nehru. She was getting restless. She pulled at the corner of her father’s veshti and whispered into his ears, “Polama?” (Shall we go?) Kamaraj noticed her and asked, “Whose child is she?” “My daughter, sir,” replied a beaming Ayyappan. “Bless her sir!” he requested. “How old is she? Has she started her schooling?” “She will be four this August. We are trying to put her in music and dance. Her mother wants her to be a film star.” “That’s fine. But don’t stop schooling her,” said Kamaraj, and turned towards Kannadasan, a popular lyricist and a partyman, and told him, “Help this cute child, if you can.”

Ayyappan followed up with Kannadasan, who advised him to meet MA Thirumugam, a filmmaker who was working on a project for the legendary producer Sandow MMA Chinappa Thevar. Thunaivan is a devotional film on the plight of a devotee of Lord Murugan. Sridevi was given a small role as Lord Murugan in that film, and she stole the show. Posters and advertisements in the press featured her prominently.

The way NTR became the image of Krishna for the Telugu audience, Sridevi became Murugan for Tamil cinemagoers. Filmmakers were rushing to cash in on her charming smile and divine looks. She was cast as Murugan in a string of films starring top actors like Sivaji Ganesan, Jayalalithaa and KR Vijaya. It was B Nagi Reddy, a doyen of the south Indian film industry, who dared to switch off the halo around her to deploy her in human roles. Yet, he decided to give her the role of a little boy, not that of a girl, in his blockbuster Nam Nadu. It was a film made on MGR’s request, who was bitter with Karunanidhi then, and was contemplating his own party. He was keen to test the waters before launching his political party and requested Nagi Reddy to help him out. Reddy suggested that they remake his Telugu hit, Kathanayakudu, which featured NT Rama Rao, in Tamil. MGR agreed.

Reddy recollects the success of the film in his memoir Many Shades Make a Rainbow: Reminiscences of B Nagi Reddy:

‘When it was released, we both went to Mekala Theatre to watch the reaction of the viewers. Except for the manager, no one was aware of our presence. It was a pleasant evening and the doors had been kept wide open. MGR stood leaning on one side of the door and I was leaning on the other. There was a scene in which Jayalalithaa, the heroine of the movie, appeared singing the song ‘Vangaiya Vathiyar Ayya (Welcome our leader!)’ to welcome MGR after his victory in the elections. The audience rose as one man, cheering, clapping, whistling. There were cries: “We want to see the scene again! Repeat the scene!” We then advised the manager to oblige the audience. The reel was rewound and the sequence was shown again. I turned to MGR. His eyes were filled with tears of joy. He hugged me. “O Reddiar! I have received the people’s acceptance!’

Such a hit Nam Nadu was. Though Sridevi had a minuscule role as Raja, one of the children of protagonist’s brother Durai (MGR), she became popular because of the hit song Nalla Perai Vanga Vendum (‘We should earn a good name’). That song featured her with MGR and the ‘boy’ became a darling of the masses. Reddy’s find became an instant hit in Telugu cinema too. Within two years of her debut, she became the most popular child actor in south India.

While her mother’s dream had come true, her father’s promise to Kamaraj was in jeopardy. Ayyappan had promised Kamaraj that he would ensure Sridevi continued her schooling. She did attend school and was a good student, but balancing a film career and studies was proving harder than expected. Her parents even hired a teacher to accompany her when she went out for shoots. Later, in an interview to Filmfare magazine, she would admit: “But after a point, this wasn’t practical. I had to choose between studies and films. I chose films.” Formal schooling aside, her mother had arranged language tutors for her, so unlike her character in English Vinglish, she was conversant in six languages, including English.

As a teenager, she harboured dreams of attending college, but at the age of 13, she was cast in the role of Rajinikanth’s stepmother in K Balachander’s Moondru Mudichu. Call it ambition or destiny, her career made her a woman in a child’s body. And that was the end of her childhood. Despite her age, she outsmarted two talented thespians, Kamal Haasan and Rajinikanth, with her sterling performance in the film. Her teens were spent giving hit after hit in Tamil and Telugu: 16 Vayathinile (1977), Sigappu Rojakkal (1978), Varumayin Niram Sivappu (1980), Meendum Kokila (1981), Premabhishekam (1981), Moondram Pirai (1982).

Thrust into fame prematurely, Sridevi was robbed of a chance to be what she really wanted to be. She was always somebody on the screen, and for the screen. Actors may cry aloud onscreen for others, but often, they cannot even cry silently for themselves.

Yash Chopra, in an interview with Karan Johar in The Indian Express, remembered the day Ayyappan died. Sridevi was shooting in Manchester for Lamhe. Everyone in the crew, including Chopra, knew the inevitable had happened to Sridevi’s father. Everyone except Sridevi. No one had the courage to break the news to her. She was simply told that Ayyappan was critical and was advised to visit him. Upon reaching home, Sridevi got the shock of her life. But despite it, she called Chopra back and told him that she couldn’t return for the next 16 days. On the 17th day, she returned, as promised, and shot a comedy scene with Waheeda Rahman.

Greater woes were waiting for her with her mother’s failing health. A botched operation at Memorial Sloan-Kettering Cancer Center, one of the world’s premier hospitals, sealed her fate. On May 26th, 1995, Rajeswari Ayyappan, 59 years old, underwent surgery for a malignant tumour on the left side of her brain. The tumour, however, was left intact because her neurosurgeon operated on the wrong side of Rajeswari’s brain, turning the woman who was managing Sridevi’s career into a ‘vegetable’. “My mother used to handle my properties, my affairs, my taxes, my career,” Sridevi told her New York lawyer Harvey Wachsman when she was suing the hospital. “Now she is like a vegetable,” she added. The death of her parents, who made her a star loved by millions, left her lonely. She married after losing both parents, at the age of 33.

Be it Moondru Mudichu or English Vinglish, Sridevi portrayed the women of her times, breaking barriers with their will, almost all alone and rising above the odds. There lies the secret of her success— many were able to identify themselves in her screen roles. Yet, what was she in her real life? Yes, she was beautiful; she was talented; she was famous; she was determined. But was she happy within? Or seized in solitude? Mourners from Meenampatti to Mumbai may seek answers in her death.

Farewell, Our Chandni of Moonlit Romance
Our Lady of Desire
Thank You for Being the One 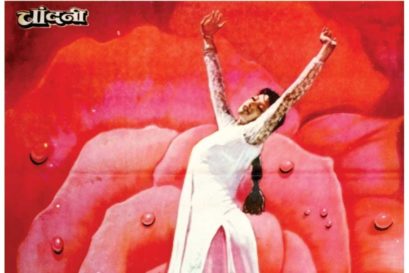 Farewell, Our Chandni of Moonlit Romance

She could change expressions as quickly as clouds pass over the sun. In moments, it could change from sad, happy, adoring or scared to surprise. Her huge eyes with long lashes seem too exaggerated to be real, and when she rolls them in silliness, winks in naughtiness or fills them with tears, they are unmissable. She wrinkles her nose and pouts, bites her lip and smiles 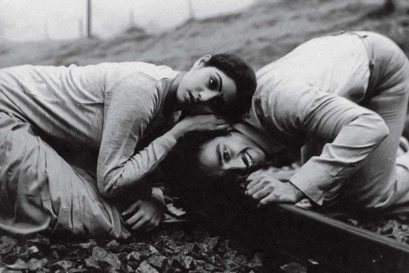 Our Lady of Desire

Sridevi and the beautiful symmetry of destiny and daring 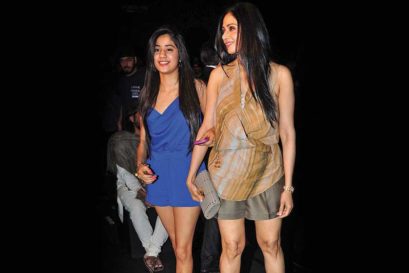 Thank You for Being the One

“It’s not easy to be an actor. These girls will never know what it takes and how much one has to sacrifice,” she said to me that day as her elder daughter Janhvi threw a tantrum about her make-up. Fan, critic and actor Divya Unny remembers