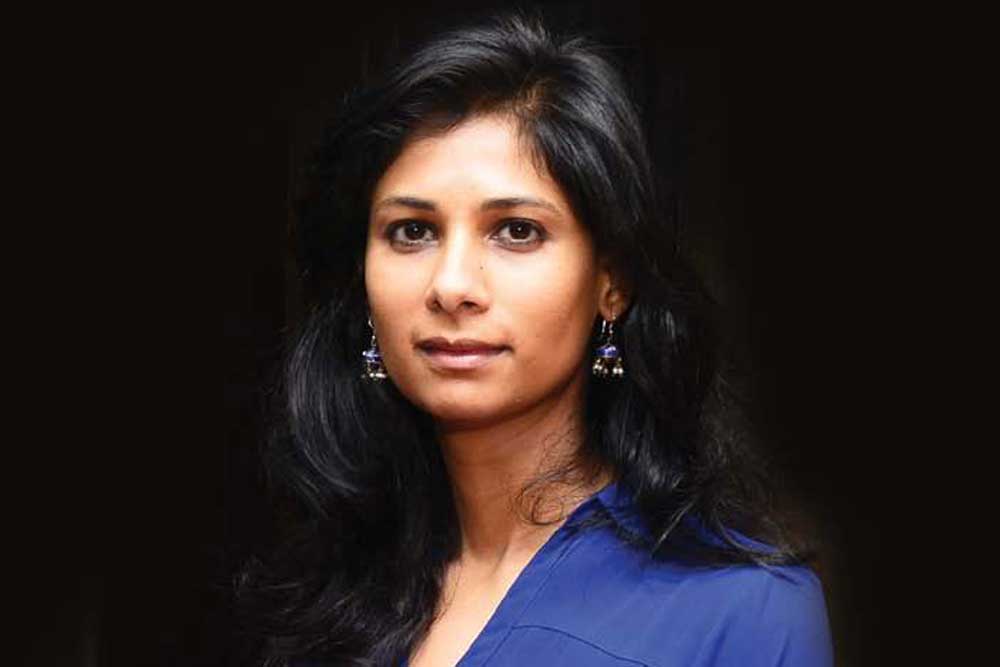 The John Zwaanstra Professor of International Studies and Economics at Harvard University, Gita Gopinath is the most recognisable Indian economist of her generation. Her tenured professorship and stellar papers on a range of subjects, including currency fluctuations and trade wars, are confirmation of her global stature as a top-notch economist. She is articulate and a regular on international business TV channels, where she often discusses trade relations between countries and offers insightful prophecies on the world and about India.

As economic advisor to the Chief Minister of Kerala, her home state, she has highlighted a need to enhance skills and sharpen competitiveness to tackle macroeconomic challenges arising out of a dip in exports. Recently she warned that a full-blown trade war between the US and China would have an adverse effect on the Indian economy. An alumnus of Lady Shri Ram College and Delhi School of Economics, Gopinath is a world-renowned expert on business cycles in emerging markets. When she is not handling economics, she spends time watching cricket and reading novels, her favourite being JK Rowling.