When the woman made a radical choice, Ray was uncomfortable. He was more comfortable showing women taking a stand against institutional orthodoxy 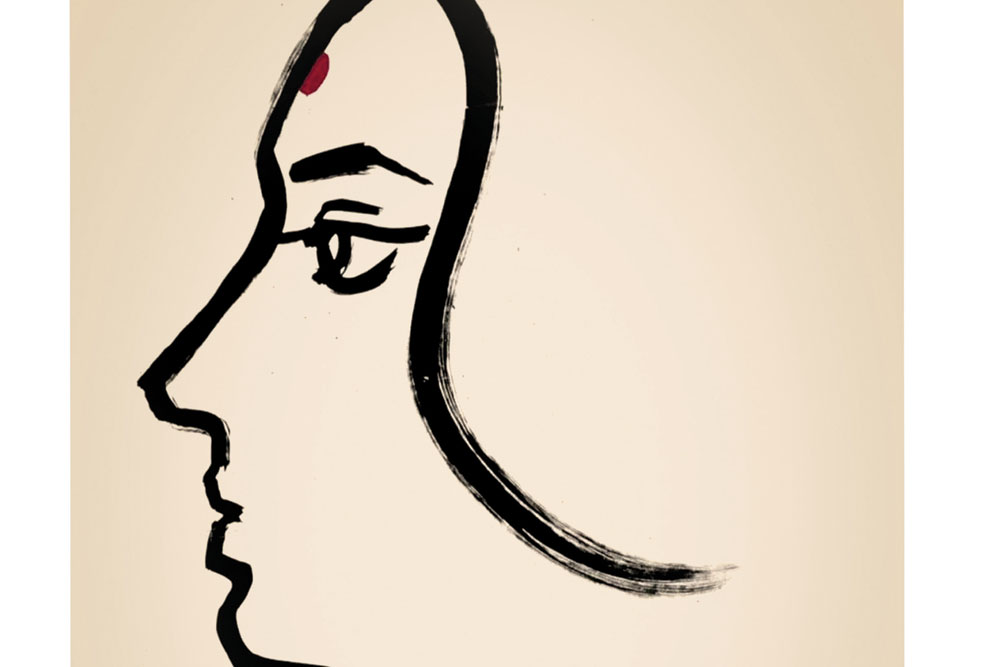 So, you haven’t become a memsahib as yet?’ asks Manomohan Mitra approvingly to Anila, the homemaker, in Agantuk (1991), when she eats only after she has served him. In Agantuk, his last film, Satyajit Ray circles back to women in an idealistic fashion, seeing them as the sole upholders of good values. Much like the Sharmila Tagore characters in his earlier movies, Anila, played by Mamata Shankar, is the voice of conscience, who articulates the middle-class values of hospitality, goodness and warmth.

It’s a world away from the bleak view of women, and indeed society, in his Calcutta Trilogy (Pratidwandi, 1970; Seemabaddha, 1971; Jana Aranya, 1975). In the three films, made at the height of the Naxalite movement in Bengal, Ray seems to have lost all hope in humanity. There is all-encompassing darkness everywhere. And it is the women who suffer the most, being exploited for their bodies, as they try to make a living in the face of vast unemployment. Film scholar at the University of Colorado at Boulder Suranjan Ganguly says this is Ray telling the world that women will have to fend for themselves in the new order; women will be oppressed by men in power. “The early optimism of Charulata (1964) and Mahanagar (1963) had dissipated,” he adds.

In Pratidwandi, Dhritiman Chatterjee’s character, Siddhartha, who is looking for a job, is unable to even make eye contact with the nurse-cum-prostitute his friend introduces him to. ‘She’s all yours, brother,’ his friend says to him in English, but Dhritiman runs away from the nightmare. In Jana Aranya, the jobless hero Somnath (Pradip Mukherjee) has to score a contract with a company boss, possible only if he supplies him with a woman to sleep with, which militates against everything he has held dear to him. The woman, his friend’s sister, is not ashamed of her assignation, unlike the hero who then goes home to tell his father he has got the job. In Seemabaddha again, Sharmila Tagore’s Tutul is the sister-in-law who has come from Patna and who is the outsider looking in at her sister’s lifestyle, fuelled by corruption, not just financial, but also moral. Even when he returns to Rabindranath Tagore as the source for Ghare Baire in 1984, there is a loss of identity for the woman. She is supreme at home, but it is when she tries to cross the threshold that she stumbles and falls. And if she does that, so does the couple, Ray’s primary cinematic unit.

It could be any age, Charulata and Bimala in the late 19th century/early 20th century or Arati in Mahanagar. As Arati steps out of the house to become a salesgirl, her husband, now jobless, feels pangs of jealousy, especially when she brings home goodies for the family. He complains that she is looking pale and washed-out ever since she has started working. She insists she likes working, much to his befuddlement. It ends on a positive note, with Arati quitting her job, but then meeting her husband out on the street, looking up at the tall buildings and saying: “Such a big city. So many kinds of jobs. Can’t there be two for us?” It’s the birth of a new kind of confidence, a new kind of family unit, but this is soon washed away by the wave of despondency in the Calcutta Trilogy.


Ray’s women were never fully realised, always as offshoots of men, as allegories. This is most evident in two more Sharmila Tagore characters. As Aditi, the women’s magazine editor in Nayak (1966), she functions like a therapist, even though she clearly finds the protagonist’s profession most distasteful. The nayak, Arindam Mukherjee (Uttam Kumar), is soon confessing his deepest and darkest secrets to her, asking her to interpret his dreams and seeking her forgiveness for his mistakes. In Aranyer Din Ratri (1970), Sharmila Tagore is again a somewhat snooty, sophisticated young woman, dressed in slacks and top, wearing fashionable dark glasses, reading an eclectic mix of new American drama, an Agatha Christie, The Survival of God in the Scientific Age and the metaphysical poets and listening to Vilayat Khan and Joan Baez. Soumitra Chatterjee, whom Ray often treated as his alter ego, is almost intimidated by her. She is aware of this and allows him to win the memory game so he can feel comfortable and his masculine self.

Perhaps Ray said it best through Soumitra Chatterjee’s character Sandip in Ghare Baire when he says to Bimala: ‘It’s not difficult to understand men. It’s women who are unfathomable. One despairs of knowing their minds. You know that song, don’t you? Who can ever fathom a woman’s ways? Her
silence means more than what she says. She looks at you and then drops her eyes. She laughs one moment, the next she cries. She lingers close, then leaves you in a daze. Who can ever fathom a woman’s ways?’

Ray’s women were never fully realised, always as offshoots of men, as allegories. As Aditi, the women’s magazine editor in Nayak (1966), Sharmila Tagore functions like a therapist, even though she clearly finds the protagonist’s profession most distasteful

When the woman makes a radical choice, Ray is most uncomfortable, as in Pikoo (1980), the short film he made for a French television station, in which a middle-class woman (Aparna Sen) takes a lover (Victor Banerjee) as a way out of a lifeless marriage. But she is punished for it in ways that are nothing short of a moral science lesson, both in her son’s loneliness and her father-in-law’s death.

He is more comfortable showing women taking a stand against institutional orthodoxy. Charulata, perhaps Ray’s most famous heroine, fights against this patriarchy, embodying the nabina (new woman) compared to the prachina (traditional woman), the paan-chewing, gossip-loving Manda. At the very opening of the movie, she stands on the cusp of modernity, looking out at the life outside, which will soon extend to the life of ideas and literature. In some ways, when we return to Agantuk, the woman, Anila, has returned to the world within the four walls and is very comfortable in it—without giving up her right to read Agatha Christie or play the sitar. Says Ganguly: “Ray was a humanist. He could never give up hope in human beings. Dismayed by the world in his last trilogy—Ganashatru (1990), Shakha Proshakha (1990) and Agantuk—he sees hope in women again.”

But only as the ideal Bengali householder—not as the deified Dayamayee of Devi (1960) who is driven to madness, but as a modern woman, who knows her limits. It is not Dayamayee but Anila who will hold the family unit together even as other institutions collapse. And her son will not be the kupamandak, the frog in the well. The present may well be tainted, but the future is safe.