The Politburo of Piety

And the dictatorship of diversity 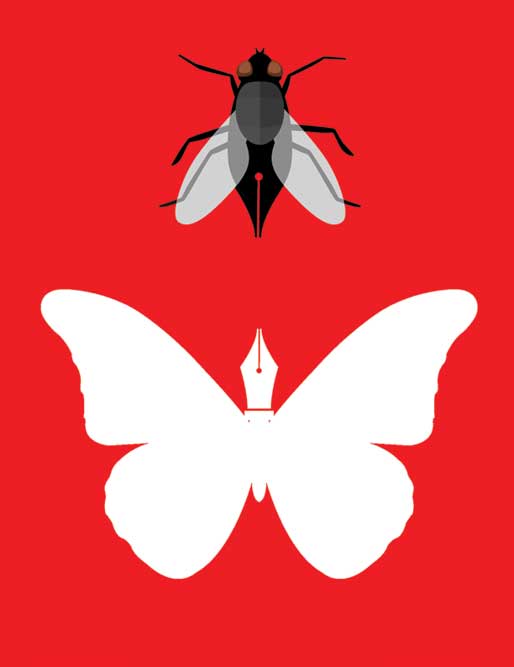 DIVERSITY IS THE word of our times, and it is for questioning the emerging diversity dictatorship that the gutsy Lionel Shriver has become the new bogeywoman for the liberal elite, particularly the burdened White men. In her recent Spectator column, she debunked the lofty correctness of a publishing house which wanted its future lists to reflect the ethnic, gender, social and physical diversity of the UK population. The famed house has also done away with a university degree as a mandatory qualification for its new employees. Shriver wrote, ‘Thus from now until 2025, literary excellence will be secondary to ticking all those ethnicity, gender, disability, sexual preference and crap-education boxes. We can safely infer from that email that if an agent submits a manuscript written by a gay transgender Caribbean who dropped out of school at seven and powers around town on a mobility scooter, it will be published, whether or not said manuscript is an incoherent, tedious, meandering and insensible pile of mixed-paper recycling. Good luck with that business model. Publishers may eschew standards, but readers will still have some.’

A week after Shriver, I read in The Daily Telegraph an astonishing piece of reverse-social engineering. In London, I increasingly realise whenever I’m here, the enchantments the city offers are matched by its overwhelming liberal guilt syndrome. In a government survey, civil servants and even employees of private firms will be asked, among other background questions, whether they went to public schools. The guidelines, titled to Pravda– perfection as ‘Measuring Socio-Economic Background in Your Workforce’, include, as the paper reports, ‘asking staff whether they attended a fee-paying school and whether they qualified for free school meals, as well as what their parents did for a living and what academic qualifications their parents achieved. A fifth optional question asks whether they consider themselves to be working class.’

The paper calls it, and I think rightly so, ‘an insidious, wrong-headed class war’ in the name of ‘diversity and inclusion’, and, surprisingly, with ‘the endorsement of the Conservative Party’. As the paper says in its editorial, ‘The UK may well have a social mobility problem, but targeting those who went to independent school, have educated parents or simply weren’t classed as poor when growing up is absurd.’ Britain behaves as if it’s an empire with a bleeding conscience, and it wants to deal with a multicultural, multi-ethnic imbalance appropriately, painlessly. The unpleasant outcome of this ‘imperial’ nobleness occasionally makes a stir when a jihad- spewing cleric or an immigrant youth gang in child grooming hits the front pages. Compassionate politics still colour-codes the future. Right or left, no matter.

Welcome to the age of piety.

An unequal world always comes up with all kinds of isms, and in the vanguard, there will always be the rights warriors, seething with moral indignation. At its most extreme, the rage for social and political justice is called revolution, and that’s why, behind almost every dictator, there is a fable of equal opportunity to begin with. The idyll of uniformity is the first dream of the all-changing ism, and it is the exigencies of power, coupled with the cult of the first revolutionary, that turn the noble mission of social justice into a savagery of ideology.

We are past that phase. Or so we thought.

In the age of piety, revolution is micro-managed politics of social justice in which identity is all that matters. Or, it’s creative writing fellowships for the disadvantaged. How did a James Baldwin or a Toni Morrison happen in the first place? Was the Booker Prize, by reaching out to all those writers from distant cultures, from Naipaul to Rushdie to Okri to Adiga, following some kind of literary affirmative action formula? Would Zadie Smith be Zadie Smith had White Teeth been a bad debut? The social background of a writer may shape his or her imagination, but can a quota system create good writers? Some lofty minds out there think so. In a world without justice or opportunity, they think, every work should contain a meta-narrative of inclusion and diversity.

A writer born in a social engineering factory is inevitable in a world where the liberal elite monopolises the marketplace of sensitivity. From sexuality to ethnicity, from social mobility to gender inequality, an enforced moral order is what the new commissars of conscience demand, at any cost. It is a variation of the old ideological diktat: follow the Book and we’ll make you all happy. The politics of happiness, for its full realisation, requires a legion of the underclass, an aesthetics of poverty, and the resourcefulness of ghettos. It provides the correct context for liberals—and for all those desperate leftists and Conservatives borrowing from them—to play out the sensitivity script.

The politburo of piety is at work. And never forget: the dictatorship of diversity feeds on identity. Identity alone. It makes us totems. It turns ‘us’ into incompatible, socially programmed ‘I’s.