On the eve of the EU referendum in Britain, it is the familiar story of the popular outsider pitted against the resented Establishment 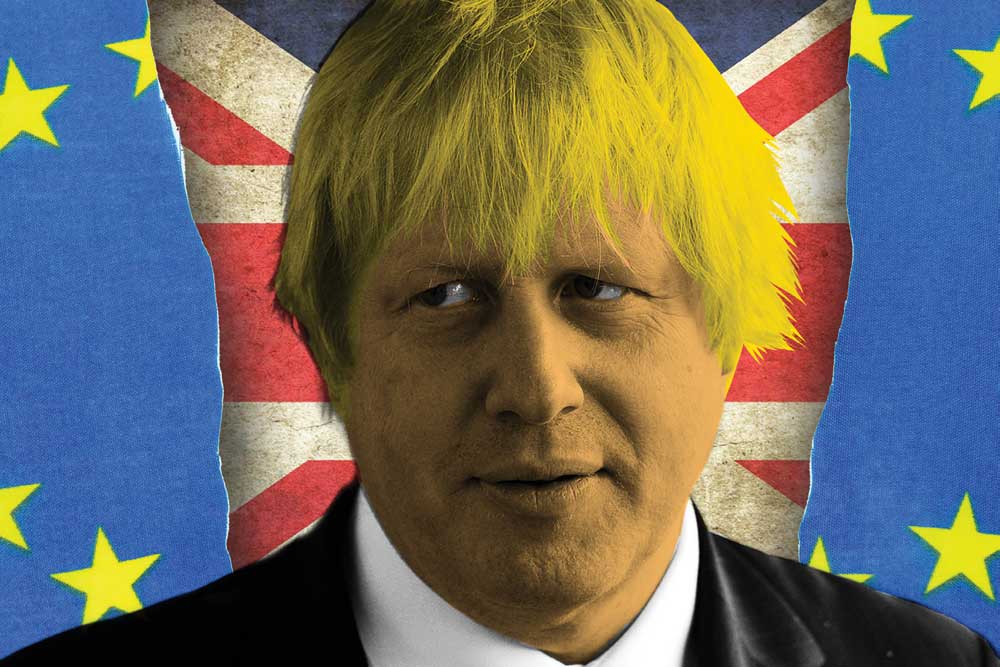 WHEN THE EMPIRE dressed up in vibrant colours for the Queen’s 90th birthday last weekend in London, it was a generational saga of royal pomp on the balcony of Buckingham Palace. Competitive palace balladeers chose their finest words to wonder whether the thirteen-month-old Charlotte, from the arms of her mother the Duchess of Cambridge, had already mastered the art of waving at the subjects thronging the Mall. The monarch, in summery green, enjoying the aerial spectacle above and the orderly adoration below, did not look like an imperial relic indulged by the islanders in their extended sunset. It was as if this sprightly old lady was the last English institution unsullied by time, the only one that unites the past and the present in a perpetual ceremony of simulated glory.

In the run up to the EU referendum on 23 June, and at a time when the proponents of both ‘Leave’ and ‘Remain’ are shedding blood on the airwaves and in newsprint, maybe she is the lone symbol of English exceptionalism, of sovereignty and stability. Just for the moment. The imperial legend may change on the morning of 24 June. Opinion polls give Brexiteers a slight edge over Remainers, and The Sun, in a page-one endorsement, has already declared: ‘BeLeave in Britain’. The latest Spectator cover showing a Union Jack butterfly flying out of an EU box says: ‘Out and into the world.’ If that really happens, the slogan is likely to be modified by the Euro-friendly Scots in the near future, heralding the separation of Great and Britain. Then, for the Brexiteer, pilloried as adventurous charlatans by Establishmentarians, there is no greatness greater than a Brussels-free Britain.

For a non-voter in London today, the pros and cons are less interesting than the debate itself, pure thunderstorm, vintage English rhetoric. The issues, as raised by both sides, are exaggerations, and accompanied by exclamation marks. Europhiles, headed by Prime Minister David Cameron, argue that exit is a ticket to damnation: end of trade, end of NHS, end of influence, end of security… Togetherness is destiny; unity is tomorrow, and there is only shared danger and shared wealth in the globalised 21st century. Brexiteers call it the prime minister’s ‘Project Fear’. His closest aide and preferred successor, Chancellor of the Exchequer George Osborne has warned that a Brexit vote will force him to raise taxes by £15 billion through an emergency budget: be afraid, be very afraid.

It is freedom, not fear, that animates Brexiteers. Freedom from: the dictatorship of Brussels, the hegemony of Germany, the influx of immigrants, the blandness of uniformity… They too are prepared for the day after. An exit vote means a prolonged negotiation of separation; it will take another ten years or so before Britain can be truly Brussels-free. The Brexiteers’ blueprint for the interregnum promises an end to the free flow of immigrants and more funds for the NHS. What gives the Outers added legitimacy is the fact that the EU, the world’s biggest economic zone, is less influential as a political entity. And Britain, out of the monetary union and the Schengen free border pact, is not fully European anyway. The current membership, for Leavers, will only make Britain a vassal state of the new Soviet Union presided over by a Teutonic tsarina.

For an outsider, this is a clash between Eutopia and Britannia, the future and nostalgia. It is political fabulism in a country known for its conservative pragmatism. At its most elemental level, it is a civil war within the Conservative party, led by two estranged Etonians. (The Labour party, whose leader’s Remain call was too tentative to convince the ditherers, and the Leave-fanatic UKIP, in spite of the noise, have only supporting roles to play.) Cameron thinks it is not conviction but ambition that has turned Boris Johnson, arguably the most popular British politician today, into the flag bearer of Europhobes. Two-term London mayor and currently a Cabinet member, Johnson is a showman in a kingdom that prefers the elegance of understatement to the vulgarity of spectacle. Johnson abhors placidness, cannot resist a clever phrase even when evasion is safer, and believes jesting is serious business. The former editor of The Spectator is still said to be Britain’s most expensive columnist, and the self-confessed Churchillian that he is, Johnson is a firm believer in his own eloquence, which continues to irritate Conservative Brahmins.

For Cameron, who will not seek another term at 10 Downing Street, Johnson’s Euro-war is nothing but a desperate, premature bid for his job, which the prime minister wants to be inherited by Osborne. It is quite a sight to see the grandees—some of them as hollow and anodyne as John Major—coming out, armed and outraged, to contain the boisterous blond, a ‘reckless joker’, a Lothario in a crumpled suit. Is he temperamentally fit to rule Britain? Why is he, once a Europhile, playing out a script which, in his heart of hearts, he does not believe in? Take this, from a former Conservative MP and The Times columnist Matthew Parris: ‘Incompetence is not funny. Policy vacuum is not funny. A careless disregard for the truth is not funny. Advising old mates planning to beat someone up is not funny. Abortions and gagging orders are not funny. Creeping ambition in a jester’s cap is not funny. Vacuity posing as merriment, cynicism posing as savviness, a wink and a smile covering for betrayal… these things are not funny.’

The funny thing is: Johnson, born in New York and with Turkish ancestry, has shattered the cosy, classy order of English politics. He may share with Cameron the same school and Oxford club, and he may have been born into an upper class, brainy English family, but BoJo has become the outsider, the underdog with the highest popularity rating. Sounds familiar? The outsider pitted against the Establishment. It is the story of our times, a story validated by the mobilising force of raw, unrefined truth, unclaimed by Establishment politicians. We Indians know one such outsider who, once an improbability, made himself an inevitability. Today he is the Establishment. Elsewhere, the outsider has already trumped the party establishment: Donald Trump, with all his reality-television vulgarity and alarmist crudity, is sustained by the power of resentment, the most measurable item in politics today. Johnson is too sophisticated a mind to be a Trump, but for the Conservative priesthood, he is nothing short of unhinged profanity. The outsider walks alone to become the millions.

Leave or remain, Britain on the morning of 24 June will gain an unsinged Icarus or a politician who alone possesses the best words to describe his own fall. It will be Boris Johnson’s day, in victory or in defeat.