The fates of those responsible for mass murder in East Pakistan 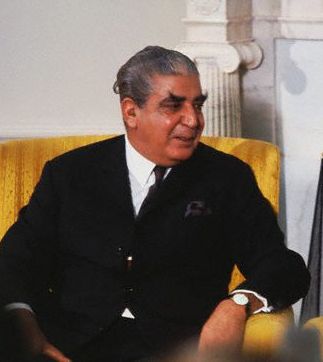 
In my writing and speaking on the tragic events of 1971, I have often dwelled on the later lives and careers of some of the individuals who played major roles in the suppression of the Bengali nationalist movement through genocide and rape. I recall that on my very first visit to Pakistan in December 1995 (nearly twenty-five years after I had left it in July 1971), as part of a group of journalists at a conference organized by the South Asian Media Association (SAMA), the general manager of the IFIC branch in Lahore acquainted us with how he had once rebuffed General Rao Farman Ali. Apparently the man reviled for planning the killing of Bengali intellectuals had once come to the IFIC bank, ostensibly to open an account. The general manager, a proper Bengali and a freedom fighter to boot, made him sit down but did not shake hands with him. “I had no wish to touch his blood-stained hand,” he told us.

Farman Ali clearly did not relish the rebuff, much though he tried to be friendly with the general manager. He left, with a form for an account to be opened, promising to return. He never did. Rao Farman Ali, who was a prisoner of war in India after the 1971 war, was later to serve as a minister in General Ziaul Haq’s regime. He died in January 2004.

There is this other story of how a group of Bengalis at a conference in Lahore found themselves invited to dinner by the governor of the Punjab. This was in the times of Benazir Bhutto, in her first term as prime minister. A government bus picked up the Bengali delegation members from their hotel and was soon on its way. Halfway through, it occurred to one member of the team to ask the Pakistani officer attached to them who the governor was. Pat came the reply, “General Tikka Khan.” That did it. In one voice, those travelling Bengalis asked the driver to turn the bus around and take them back to the hotel. The flabbergasted Pakistani officer asked them what could be wrong. The answer he got was simple: “Your governor killed thousands of our people. To us he is a war criminal and we will have nothing to do with his dinner.” All of them went back to the hotel.

On a PIA flight from Karachi to Lahore years ago, I became acquainted with a retired Pakistani brigadier named A.R. Siddiqi. He seemed to be a proper gentleman and explained to me that back in 1971 he had been in charge of Pakistan’s Inter-Services Public Relations (ISPR). Siddik Salik, he told me, was his subordinate in Dhaka. Brigadier Siddiqi told me of the shock he went through when the Pakistan army launched its genocide, for he had been in Dhaka when Operation Searchlight was launched. “I am writing my account of the war,” Siddiqi told me. I asked him if he meant to reveal everything in his book. He promised he would. I am glad to report that when the book, ‘East Pakistan: The Endgame: An Onlooker’s Journal 1969-1971’, appeared some years later, Siddiqi kept his promise. His account of the crisis, especially of the early days of Operation Searchlight, was riveting. It is one of the few objective books to have come out of Pakistan from a Pakistani who was part of the military establishment in 1971.

I have not met Brigadier Siddiqi after that conversation on the Karachi-Lahore flight. But years earlier, I did have an opportunity to come across Brigadier Siddik Salik, the writer of the acclaimed book Witness to Surrender, when he accompanied General Ziaul Haq to the first SAARC summit in Dhaka in December 1985. He spoke fondly, as he said (though I detected a certain cynicism in him) of his time in Dhaka throughout the war. I asked him what difference he noticed between 1971 and 1985. His glib reply was: “People here are poorer than before.” In other words, Pakistan was good, Bangladesh was not. I decided I did not want to get into a quarrel with him and focused on General Ziaul Haq and Sahibzada Yaqub Khan, the two men sitting on my right.

Siddik Salik was taken prisoner on 16 December 1971 and spent nearly three years in a PoW camp in India before returning to Pakistan with his fellow prisoners. He perished in the air crash that killed General Ziaul Haq, a number of senior military officers and the American ambassador to Pakistan in August 1988. Sahibzada Yaqub Khan, who had resigned in March 1971 rather than initiate a military operation against Bengalis, subsequently became ambassador to the United States and, under Ziaul Haq, served as Pakistan’s foreign minister. It was a position he retained in Benazir Bhutto’s first government. He died three years ago.

And where did the other officers go? Khadim Hussain Raja, the general who was told by Tikka Khan early on the morning of 25 March, “Khadim, it is tonight,” went into full-scale action against Bengalis as midnight drew near. Over the next couple of weeks, his soldiers fanned out all across Dhaka and then beyond it, shooting everyone they came across. Once the initial phase of the pogrom was done, Raja was transferred to West Pakistan, where he was given a fresh command. He did not return to Dhaka and therefore was lucky enough to avoid being a PoW. After his retirement from the army, he jotted down his recollections of the war in Bangladesh, leaving his family with instructions that they should not be published in his lifetime. It was only after his death that his book, titled ‘A Stranger in My Own Country: East Pakistan 1969-1971’, hit the stands. He died a few years ago.

General Tikka Khan, who in his career earned the dubious distinction of being known as the Butcher of Baluchistan and then as the Butcher of Bangladesh, remained unconcerned by any questions about his role in the killing of Bengalis. After serving as governor and martial law administrator (the latter position till April 1971) of East Pakistan, he left for West Pakistan in September 1971 to take over as a corps commander. Under Z.A. Bhutto, he became Pakistan’s chief of army staff and on his retirement joined the Pakistan People’s Party. He served as secretary general of the party as well as governor of the Punjab. He died of old age ailments in March 2002.

Lieutenant General Amir Abdullah Khan Niazi took over as martial law administrator, East Pakistan, in April 1971 and continued in that position till he signed the document of the Pakistan army’s surrender to Indo-Bangladesh forces in December of the year. After spending three years as a prisoner of war in India, he returned home to a bad reception. He was stripped of his rank and excoriated for surrendering in Dhaka. He later went into politics by joining the Jamiat-e-Ulema-e-Pakistan, but could not make much headway. He died in February 2004.

General Agha Mohammad Yahya Khan, who as president of Pakistan and chief martial law administrator, ordered military operations against Bengalis in March 1971, presided over the break-up of the country nine months later. Compelled to hand over power to Pakistan People’s Party chairman Zulfikar Ali Bhutto on 20 December 1971, he spent the entire period of the Bhutto dispensation in house arrest. It was only when General Ziaul Haq overthrew Bhutto in July 1977 that Yahya Khan was freed from confinement. He died, in disgrace, in August 1980.

And then there is the fate of the inordinately ambitious Bhutto himself. With East Pakistan turning into Bangladesh and with the leader of the majority party, Bangabandhu Sheikh Mujibur Rahman, taking charge as Bangladesh’s prime minister, Bhutto became president of what remained of Pakistan by default. With the enactment of a new constitution for Pakistan in August 1973, he took over as prime minister under a parliamentary form of government. Overthrown by the army after a long period of violence following rigged elections in March 1977, he was executed on conviction for murder in April 1979.