Love and Fear in Religion

Ego, politics and wealth, whether deliberately or otherwise, cater to conflict rather than consensus 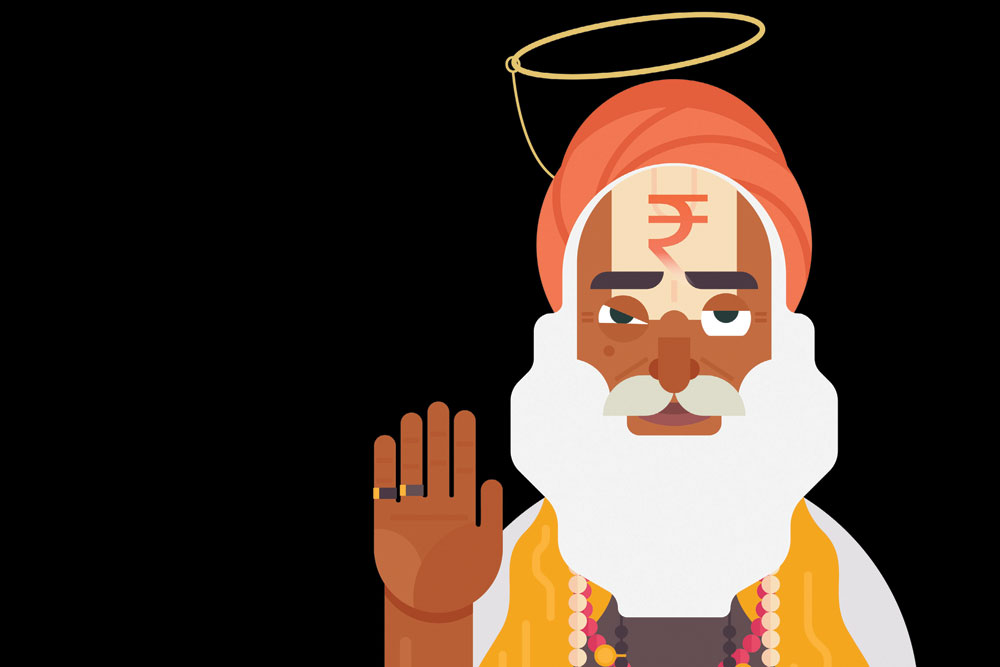 There is the obvious physical world that one inhabits and observes using the five senses. The feed-sleep-sex cycle is common to animals as well as human beings. What differentiates a human being from the so-called other species is her/his power of discretion. A human being is not satisfied with the mundane world. He seeks further and deeper. Science, art and religion rise out of this perennial quest.

When a group of individuals with same set of beliefs get together, they form a religion. There are many factors to what constitutes a religion. But there are two basic routes to divinity. The one, strangely enough, the harder to follow, is that of love and the other, that of fear. It is far easier to spread Fear than Love.

Take a look at just how long it takes to erect a building, even with the help of machinery. The ground levelled, foundation dug, the floor, walls and ceiling to be put up, with doors and windows in place, all topped by the roof. The materials used for construction have to be good, curing of wood and concrete or mud, just right to ensure the longevity of the structure. Yet, it takes just a couple of hours and a JCB to reduce a home, lovingly built, with all its memories to rubble!

To build up anything is more laborious and time-consuming, rather than to ruin it. The same analogy applies to religions too. The traditional Indian idea of Parabrahma, a vast, limitless, inscrutable and independent Energy exists irrespective of whether there are aficionados of this or not. This energy field is the common source of all religions. Rather like an endless buffet, this caters to the spiritual hunger of all approaching it, vegetarian, vegan,
non-vegetarian, kosher or halal preferences. The choice of the items consumed depends solely on the diner. Rather like a steward, suggesting dishes to a person, religious leaders promote a certain set of principles, their devotees are only too happy to follow. This does not add or take away anything from the huge and yummy table.

Anything extra-sensory is divinity. Primitive man took shelter in caves. That was catering to the well-being of his body. The moment he daubed the first mud colours on the walls of those caves, that was his first conscious step towards an innate divinity. Each artist is a bonsai deity. He spreads the beauty that is in him, be it in the form of music, dance, painting or poetry. It is yanked out of him with a deeply pleasurable pain, akin to the process of childbirth.

The diversity of creation is enormous. So too the variety of circumstances. A pampered dog with its own silken bed, imported feed and staff to look after it remains as much canine as the street cur that scrounges around for a bare meal. While there is a marked and obvious difference in the situations of the two, their intrinsic biology remains the same.

No religion recommends destruction of a faith that is different from itself. The sad truth is that religion – which should lead to peace and prosperity – is often used as a ‘weapon of mass destruction’. Those at fault are not the tenets prescribed, but the interpreters of those systems. Widespread lack of knowledge of Sanskrit, Latin, Hebrew and Arabic has proscribed the texts to a few ‘religious leaders’.

Ego, politics and wealth are often used by groups with vested interests to manipulate these so-called spiritual leaders. They, whether deliberately or otherwise, cater to conflict rather than consensus.

Food, shelter, sleep and economic stability etc are the basic needs of human being. This does not differ from Jew to Muslim or Hindu to Christian. Each human being is a potential God. The purpose of life is to convert this potential energy to a kinetic one. It is up to each of us to use our inner resources to seek and manifest what is best in ourselves.

This Earth we inhabit is more than capable of feeding its entire population. A carefully husbanded water resource (already at risk of depletion) can ensure drinking and irrigation needs. To destroy land, to kill and maim people and to ram ostensibly religious beliefs down starving throats or mouths open for joyful singing, is the sign of a true manipulator of dubious divinities. Humanity, let alone divinity is very distant from them.