Fate has been unkind to the BJP, snatching away in quick succession some of its most talented ministers 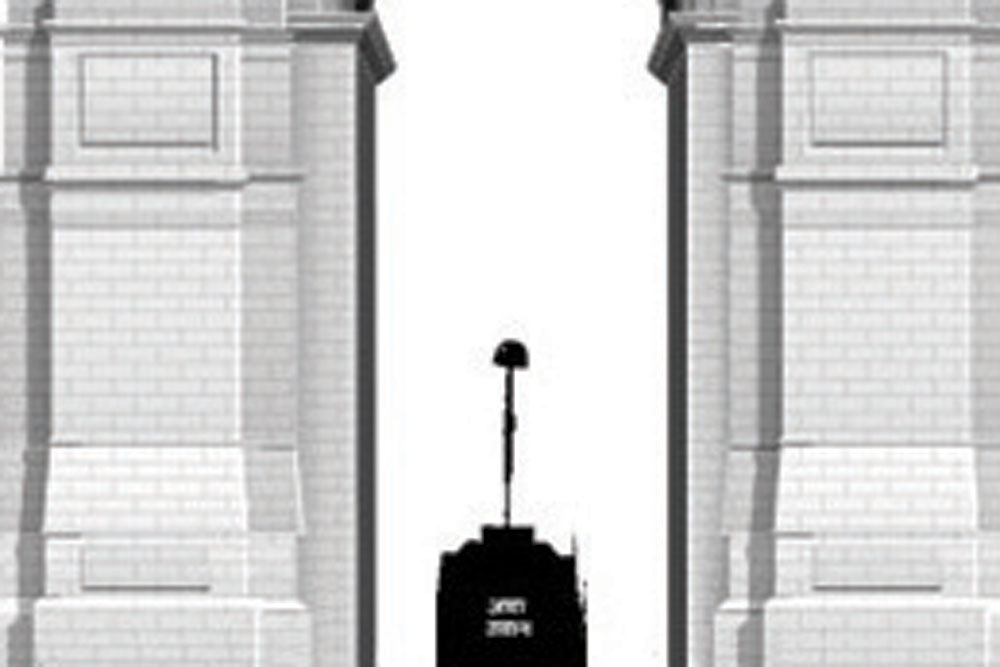 A SECTION OF THE ruling party is heard collectively muttering under its breath that fate has been rather unkind, snatching away in quick succession some of its most talented ministers. One heard this often from senior RSS-BJP members gathered to condole the death of former Defence and Finance Minister Arun Jaitley. Shock at the loss of two leading lights of the party within a couple of weeks made them look for comfort in the inscrutable ways of the Almighty. Sushma Swaraj and Jaitley were around the same age (66-67 years old) when they succumbed to serious ailments a few days ago. The average life expectancy, by the way, for Indians is 69 years. Last year, a relatively young member of Modi 1.0, Ananth Kumar, died of lung cancer detected at a very late stage. He was not even 60. Within days of the Modi Government being sworn in in May 2014, Gopinath Munde, Minister for Rural Development and Panchayati Raj, died in a freak road accident at a wide tri-junction in Lutyens’ Delhi on his way to the airport. The head-on collision initially caused murmurs of foul play, but these soon died down. Anil Madhav Dave, Minister of Environment, Forest and Climate Change, died in his sleep in May 2017. He was a well-known environmentalist and social worker who had devoted himself to the protection of forests in his home state of Madhya Pradesh. Given that most parties are not really oozing with ministerial talent, with considerations of caste, region and seniority becoming key factors in ministry-making, Jaitley, Swaraj, Ananth Kumar and even Dave were so exceptional they virtually selected themselves for key portfolios in a BJP Government. In particular, Jaitley’s versatility made him the go-to man for leadership in any parliamentary and legal crisis. He is bound to be missed by the ruling dispensation. Again, it was the sudden death of a senior BJP member of the Rajya Sabha, Madan Lal Saini, from Rajasthan this June which ended the quest of the Congress leadership for a seat for Manmohan Singh. Earlier, the DMK had declined to accommodate the former Prime Minister. But the death of the Rajasthan BJP chief paved the way for Singh to extend his membership of the Upper House, which he joined in 1991. Singh will be 93 when his current term ends.

THANKS TO THE popularity of photo and video-sharing websites, everyone seems to be bitten by the celebrity or, as some might call it, narcissism bug. It seems the aspirational lower-income classes seem to be more taken up with the handy medium than others. Almost every other morning in Lodhi Gardens it is common to see young men and women, in all likelihood engaged to get married soon, ambling through its pathways with a couple of photographers in tow carrying umbrellas and reflectors, essential aids in their line of work, searching for ideal locations. It is easy to make out that both the boy and the girl are in their best finery, with close friends carrying small briefcases for change of attires for each photo with a different monument framing the background. Despite the pesky guards quoting some unknown rule to prevent them from ‘shooting’, rarely do couples abandon their mission to immortalise themselves on social media. But the problem which an insensitive local administration, the New Delhi Municipal Council (NDMC) in this case, refuses to address is the lack of privacy for the young ones to change clothes. They can now be seen taking cover of friends and the thick shrubbery to change from one dress to another. Instead of building a couple of strategically located changing rooms, the NDMC has pasted a notice outside toilets saying ‘Change of Clothes Not Allowed Inside.’ A couple of changing rooms unobtrusively located will save the couples blushes, even if the NDMC were to charge a small fee. For starters, it can instruct its stick-wielding guards to leave the couples alone. They do no harm to anyone, posing for the cameras for sharing their happy moments with family and friends on social media.

THREE MONTHS before Jaitley died, a WhatsApp message announcing the worst went around in some circles. Rumour-mongers are hard to police. But what particularly hurt the family was that the message that reached one of them came from a female journalist. She might have merely forwarded it. But anyone with a sense of decency would have refrained from circulating it without verifying its veracity.