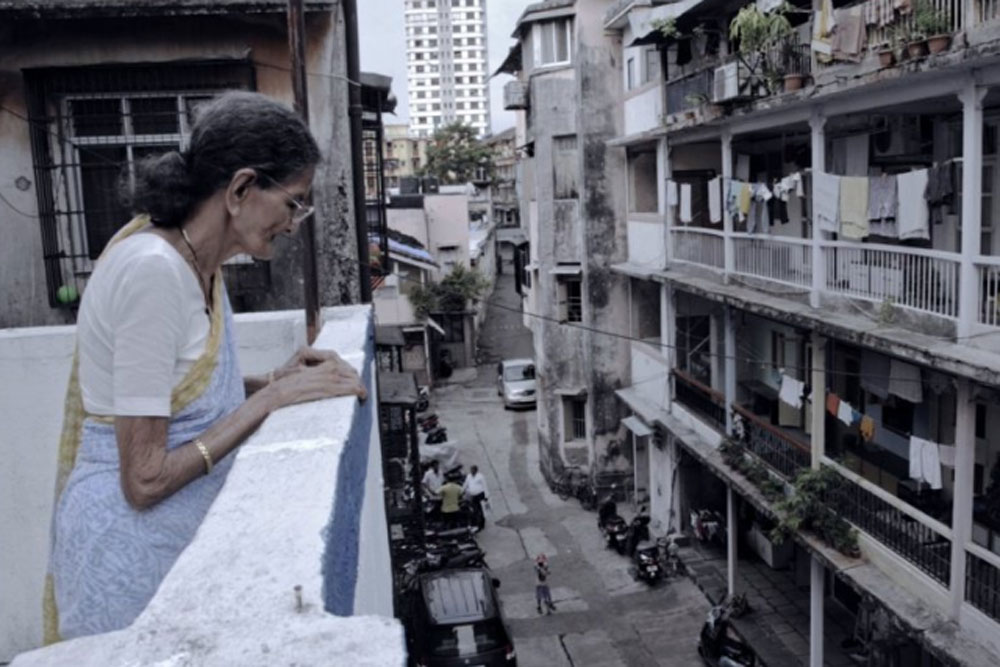 An ode to a joint Maharashtrian family that’s lived in central Mumbai for over 100 years, About Love is the most endearing depiction of relationship dynamics within a home. We are introduced to the Phadke household where director Archana Atul Phadke takes us through the lives of the grandmother, grandfather, mother, father, younger sister, older brother, her uncle and her housemaid. On the onset, they look like any large family that’s chosen to stay with each other, but as you get to know them closely, their eccentricities and everyday issues with each other come to the fore. Her grandfather, who even at the age of 90 insists on doing his own accounting, is brazen about his dislike for baths and food. His wife, the grandmother of the house, is happy to dismiss him when he gets on her nerves. The relationship between her parents is not less complicated either. Her father happily exercises his role as the patriarch and consciously makes the rest of them aware of it time and again. And her mother, who is mostly at the receiving end of this, retreats into her world of story-writing when she needs a break from him. Her brother is to be married soon to a Punjabi girl, but has his own doubts about the institution, like the daughters of the house who have chosen to stay single. Each of them have their own personal conflicts, but the film is a celebration of a family that’s so honest with one another, they somehow find their moments of joy within the daily routine of life. Phadke openly exposes vulnerable moments between the people of the household and is proud of the madness they bring into each other’s lives. The film was shot over a span of four years through which the Phadke family deals with the death of the grandfather, marriage of the elder son and the uncle suffering a paralytic stroke. Every little moment in the film takes you back to the family you grew up with, and the love that you share with them no matter how dysfunctional they may be. 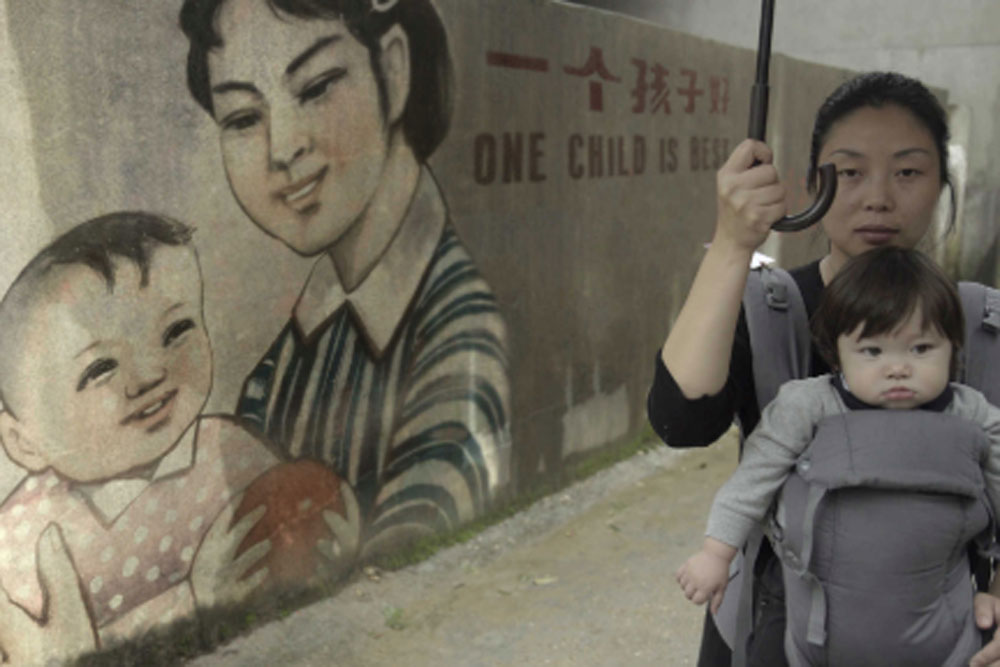 Little did the world know that China’s one-child policy that lasted from 1979-2015 changed, transformed and destroyed the lives of so many families and children. As part of their population control programme, the Chinese government in the 1970s made it illegal for families to have more than one child, and if women got pregnant, they were forced to abort their fetuses or give up their babies. As tragic as it sounds, One Child Nation exposes child-trafficking and scams that hundreds of people indulged in during this era. Nanfu Wang, who is a first-time mother herself, asks some very important and difficult questions to the generation that lived through this era and had to make some brutal decisions owing to the policy. The first being how could a government take away a family’s basic right to have children, and how could they impose the decision on women who wanted to give birth. It’s almost as though she is trying to find these answers for her son who she hopes can grow up in a simpler, less tyrannical world. We are introduced to many women who share heartbreaking stories of having to give up on their babies because it was either that or facing a jail term for having more than one child. Mid-wives who have conducted over 50,000 abortions still believe that it was a duty they were fulfilling for the country, and feeling guilty was not an option. Apart from this, gender discrimination was so rampant among Chinese families, that the documentary shows us stories of baby girls who have been abandoned in meat markets and railway stations. The film also travels to America, a country that has adopted over 60,000 Chinese babies, where a couple is trying to connect the children with their birth parents. Wang very objectively shows us perspectives on both ends, where some believe that China would have starved if the policy was not implemented, and some others believe it was the worst thing to have happened to families in China then. The pain of separation from their unborn children, the guilt of abandoning their kids, the powerlessness people now feel about what they went through a decade ago is all brilliantly put across through the documentary. It’s a film that leaves us with many questions about bringing new life into this world. And one that reveals the hypocrisy of the Chinese government, which now advertises a two-child family since the country now faces a shortage of youth to generate employment and support the elderly. 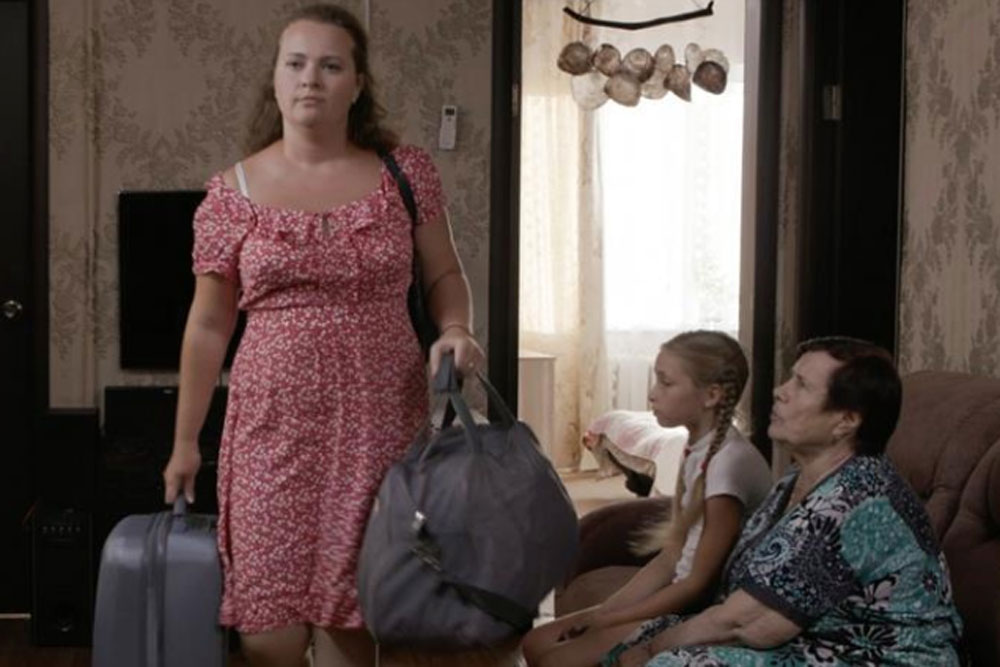 In a small town in Russia, a man and a woman are seen driving in a big truck. They take a few breaks and just stay in silence with each other. You know that they are in love, but the conflict is yet to be revealed. One day ends and the next morning begins with both these characters in their respective homes and their respective spouses. Anna, who makes woolen items of clothing and sells them to shops in malls and Egor who is a contractor, are unhappy within their own homes, and evidently so having an affair with each other. They leave their homes every morning, and spend the day travelling together, wondering how they should break the news to their families. Director Larisa Sadilova constructs a complicated, yet never-seen-before conflict through the film. However, what’s unique is that she has almost cut out all the drama and dialogue that can come with a subject as complex as infidelity. Her primary characters speak less but make their motives very clear, and are not apologetic about it. Russia’s snow-laden landscape provides a silent, serene and sometimes uncomfortably eerie backdrop to the story. It’s almost like the secret Anna and Egor carry with each other starts burdening the audience at some point. What they are living is a lie, and you desperately want the lie to end. At a point in the film, Anna is cleaning the floor, and simultaneously tells Egor that she can’t take it anymore. It’s really a scene that doesn’t over-analyse or dramatise the situation, but very matter-of-factly, puts the woman’s feelings out there as she completes her daily chores. Their respective wife and husband back home are neighbours and have to face each other as soon as they are made aware of the truth. Sadilova puts her characters in uncomfortable situations just so as to reveal what really goes through the minds of people who are rejected or cheated on by their spouses. The film shows regressive mindsets, but strangely, never endorses empowerment. No matter what the fate of the relationship, Once in Trubchevsk taps into the changing nature of human minds and points out that nothing is permanent. 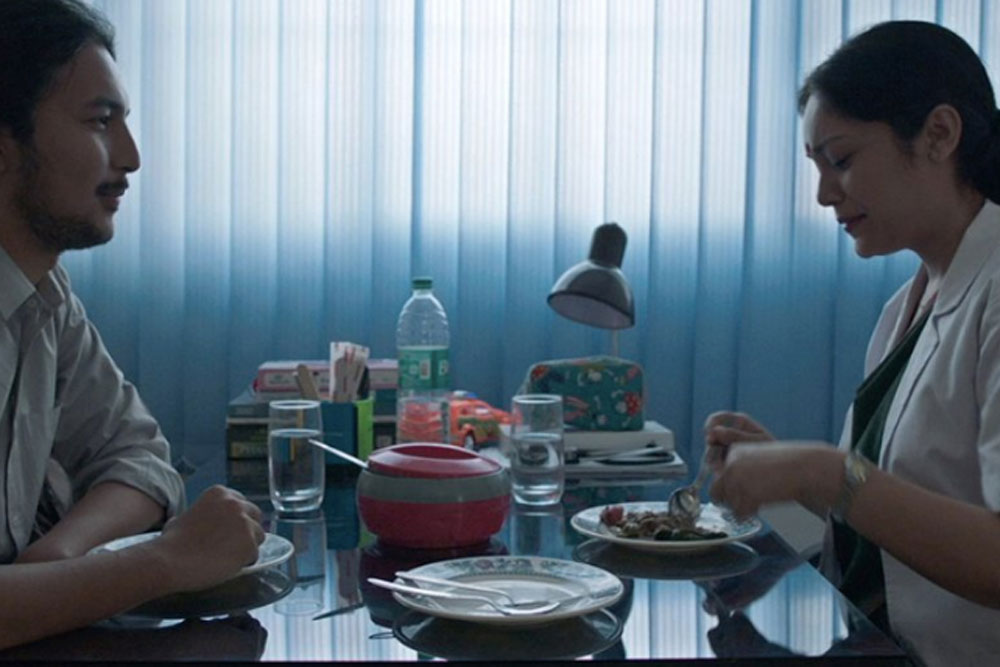 The film festival this year has seen some superlative films based out of the Northeast, each of them unique from the other. Aamis, that’s been among the most popular of them, is the story of an unlikely friendship over food. Nirmali, a married doctor and Sumon, a student, meet at a time where both of them are at a crossroads in life. They are both searching for more purpose and meaning in life and find it in each other and their love for food. It’s an unconventional bond, and one that doesn’t stop them from being adventurous, but what the film really succeeds in is expressing how as humans we long for love and growth, irrespective of where we are in life. Director Bhaskar Hazarika, a national award winner, draws out characters that we aspire to be. They are regular, working people with simple ambitions, but they are striving to achieve more than the world thinks they can. The film also depicts a foodie’s passion for buying and cooking fresh meat, an odd parallel that the director draws with the relationship between the protagonists. The possibility of an affair that simmers within them cooking meat and enjoying distinctive meat dishes is at times uncomfortable to digest, but something we have rarely seen in cinema. Hazarika is touted among the best filmmakers to watch out for in the near future, and Aamis is a testimony to that.

Moment of the Day: For film buffs who have been religiously visiting the theatres in Mumbai for the past seven days, indulging in world cinema, Day 7 was overwhelming. Some felt withdrawn about the fact that there won’t be new films to watch tomorrow, while many others expressed their gratitude to the festival and fulfillment about having watched cinematic gems from the world over.