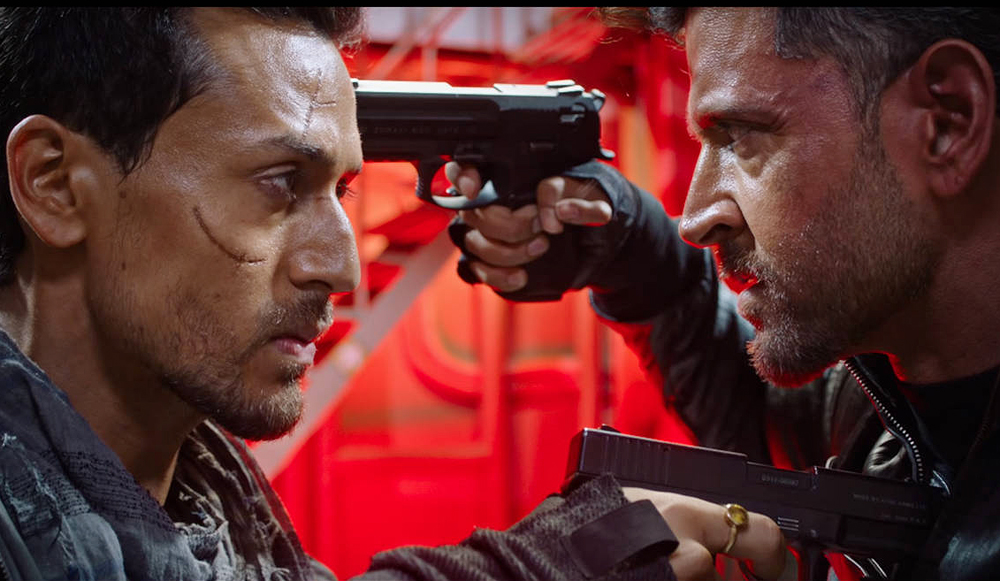 ‘War’ is an espionage film about two RAW agents, one of whom has gone rogue after mentoring the other. The film is shot on exotic locations in the Middle East, in Europe, in North Africa and in South Asia, displaying the reach of Indian Intelligence, and the need felt by our spy masters to keep the Islamic World in check.

Kabir (Hrithik Roshan) is the secret agent operating on his own, having broken free from the antennas of our Foreign Embassies and our Defence Ministry. Khalid (Tiger Shroff) is his understudy, a question mark always hanging over his loyalty to the nation, because of the unfortunate legacy of a traitorous father. Having to constantly prove himself, thanks to this adverse family history, Khalid goes the extra mile. He takes enormous risks that put his life in danger, and which also endangers the mission he is working on.

The movie is expensively mounted. Action choreographers from Hollywood and East Asia have been brought in to give the movie an international feel. Unfortunately, the script is still based on the good old Hindi movie star equations that define the competition between the actors – your Six-Pack is better than mine, but my athleticism is superior to yours; your jawline is more sexy, but my running is faster. It is almost like the recitation of a ‘Sher’. There is a line of praise for one hero, followed by another line for the second, and then the audience goes : “Waah, Waah, Kya Baat Hai!”

In fact, this building up of a mutual admiration society is the apparent selling point of the movie. On the level of plot, Khalid begins to understand the real reason for a patriot and nationalist like Kabir to suddenly turn rogue. But on a level of star marks earned and lost, Tiger has to be careful to pay obeisance to a senior action man. He cannot even think of overshadowing Hrithik when they are on screen together. This is why the individual action scenes are more convincing than the duets, where star politics reigns supreme.

Fortunately, the romantic scenes are a little more ambivalent. Hrithik hugs Vaani Kapoor, who plays a hot dancer called Naina. Tiger gets to hug Soni Razdan, who plays his mother.

This film affirms the maxim that slickness alone does not an action movie make. You have to have some character, and at least a little plot.