The movie has no plot other than to express the emotional bonding of women friends - from girlhood, to menopause and beyond 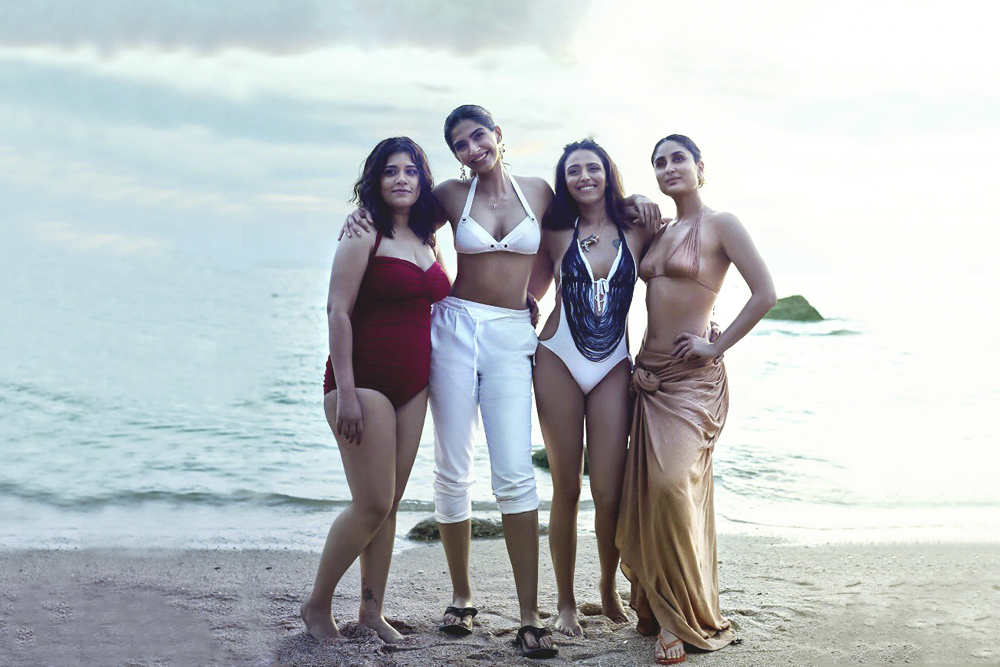 This movie is not a great work of cinema, but it is entertaining in parts and shows us what we have been wanting to see for a long time; four rich cougars out to fix all the rich dicks they ever dated, married, or had one night stands with. These girls were friends from school, and even then, wore shorter skirts than anyone else. They are Delhi ladies born with silver spoons in their mouths. They have tossed the spoons out now, and use their mouths for cussing, for fine dining, for lots of alcohol and for a little sex; which, if you take them at their word, is becoming more and more infrequent, due to the aforesaid miserable rich dicks.

Only one of them appears to be a professional who earns a living. She is a divorce lawyer called Avni Sharma (Sonam Kapoor) and she once had an affair with her married boss, but now it is over, and she is recovering from the trauma with the help of some counselling from her three best friends. The general tone of their sage advice? Get laid, and quickly.

The opportunity for this sexual and emotional healing in Delhi, is, as always, the big fat Punjabi wedding. Apparently, the only people who are not getting it on at these over the top weddings, are the bride and groom. Everyone else is letting go of all their inhibitions and their long pent up frustrations and hostilities. When Kalindi Puri (Kareena Kapoor) finally agrees, reluctantly, to marry her long time boyfriend (Sumeet Vyas), the movie spends half an hour on the socio-economic background to vulgarity.

It cuts between three or four evolving scenarios. One is a bitter real estate dispute between the bride’s father and uncle that comes to the surface and descends into fisticuffs. The other is when the bride quarrels with the groom, and causes him to be knocked unconscious from a fall. And the third is when Avni wants to kiss her brand new date at the wedding, and it turns out that he thinks this gesture is too forward, and says that she is too easy; or words to that effect. In utter and absolute fury, she turns around, sees a guy called Bhandari (doesn’t catch his first name) and waltzes off for the night with him.

The film, derived and adapted from a library of random scenes of girl bonding movies and TV serials abroad, is, however, fresh and novel in Hindi films. The woman with a vocabulary that owes its origin more to a toilet bowl than to a theory of linguistics, is new to a film tradition where conversations for women are carefully scripted by writers conscious of political and gender correctness. The most interesting character in the film is Swara Bhaskar’s Sakshi Soni. She is a motor mouth, a divorcee who comes up with the most evocative quotes about the ineptitude of men, and, on the rare occasion when words fail her, the most expressive and erotic moans that tell you exactly what she means.

But the sheer novelty of it all is amusing only in bits and pieces, because the movie has no plot, other than to express the emotional bonding of women friends – from girlhood, to menopause and beyond. Also, since the film is a general release (albeit with an ‘A’ certificate) it may actually be perceived as offensive by an audience that sees its humour to be elitist and exclusive. In this sense it is a very class oriented work that says that if you don’t get the humour, you don’t really belong at this level of wealth and privilege.