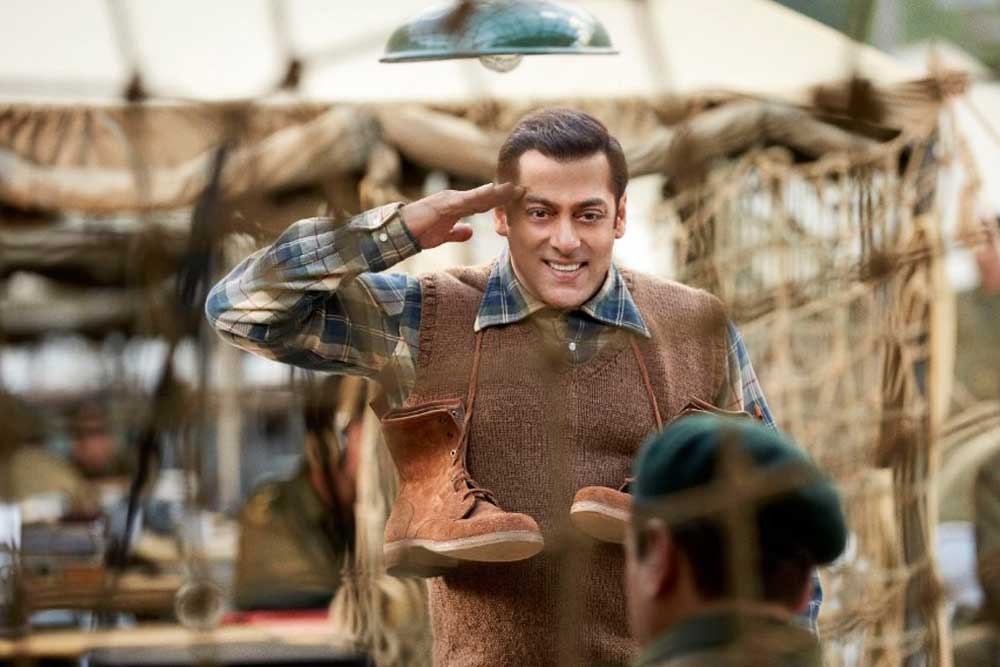 It may seem strange to us that central to the plot of this film is a Chinese Indian family living in a Himalayan town in Northern India. The reason for this is that Tubelight is a very generalized adaptation of the American film Little Boy, a movie about how Japanese people were viewed in America during the war that ended with two atomic bombs – Little Boy and Fat Man. Considering how much weight Salman Khan has put on, dare we suggest that he is doing the role of Fat Man and the eight year old actor from Arunachal Pradesh, Matin Rey Tangu, is Little Boy.

This film is a Himalayan ‘weepie’ set during the 1962 Sino-Indian war which India lost comprehensively. But given the current nationalist sentiment, this defeat is never actually mentioned, and the film restricts itself to showing our brave jawans sacrificing their lives for the nation, with much celebration and relief (and a song or two), when the war ends.

Laxman (Salman Khan), a mildly retarded man living in a mountain town, is nicknamed Tubelight. He wants to join the army like his brother Bharat (Sohail Khan), but is not enlisted, and takes the rejection badly. So he spends his time waiting for his brother, whom he calls ‘partner’, to come back from the war front. During this time he makes friends with a little Chinese Indian boy called Gu Won (Tangu), who speaks perfect Hindi and is the real star of the movie. His mother is a stunning looking single lady called Li Leing (Chinese movie star, Zhu Zhu), but Laxman makes no attempt to woo her, despite her obvious empathy for his concerns and his personality.

Unfortunately, Salman’s chosen method to play a mentally challenged character is to screw up his face into impossible angles to express incomprehension. To show pleasure and joy he displays a fatuous smile. At a certain point you get offended and start thinking that he is mocking the audience by making funny faces at them, until it dawns on you that he is actually doing it to the cinematographer and the director, just to have some fun with them.

Occasional lapses in directorial judgement are par for the course, but this movie is unrecognizable as the work of Kabir Khan, who previously made interesting films with sharp political overtones, like on the post Taliban Afghanistan in Kabul Express, on the anti- immigrant sentiment post 9/11 in New York and even on the complex India-Pakistan equation in Bajrangi Bhaijaan. The politics in Snow White and the Seven Dwarfs is a more evolved and nuanced one, than here in Tubelight.

Not that the movie is unwatchable. Om Puri lives on in our hearts, playing the Cha Cha, who has brought up the two brothers with much love. The location is gorgeous. The Chinese Indian characters bring a touch of the exotic to Hindi cinema. It would have added so much more to the film had Kabir Khan included a genuine political discourse around the identify crisis that confronts them whenever they interact with Indians. But it was not to be.