The film ends up as a crashing bore. This Christmas movie will let you down 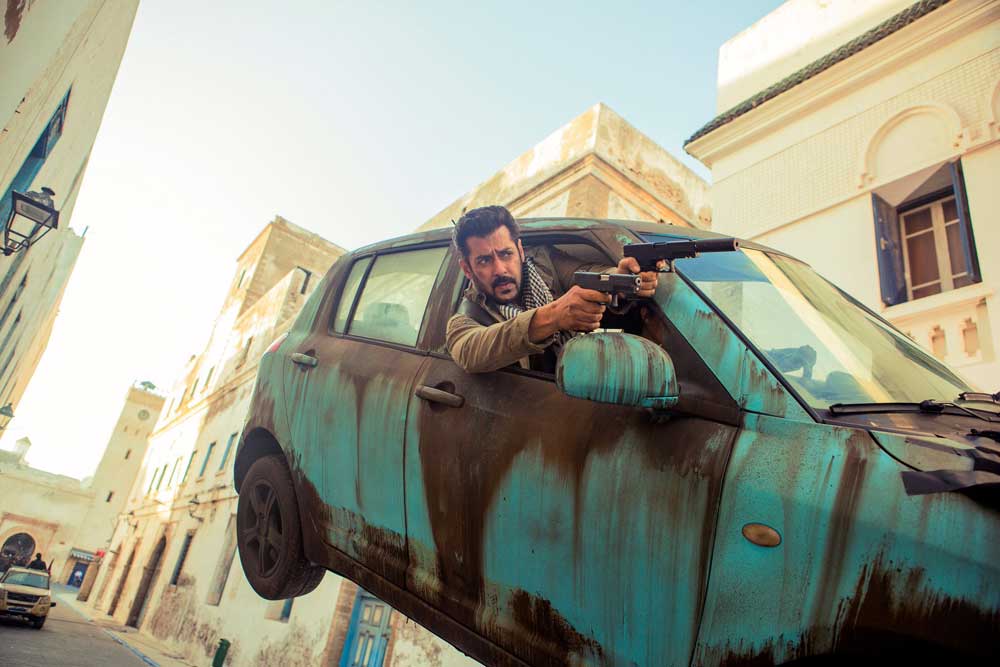 Production values are no substitute for content and style. The second instalment of Salman Khan’s ’Tiger’ series is a longwinded and predictable sequel that leaves you yawning for less. In the previous film, there was at least one enthralling, action filled episode, every half hour, especially the one that concluded it at Havana. The movie had a political perspective on RAW and on the ISI, and showed how the two intelligence agencies were in direct competition for material and diplomatic influence in crisis situations across the world, particularly in the Middle East.

This film, on the other hand, is just the opposite. It has a touching bromance between Indian and Pakistani spies. Gone is the rivalry of Spy versus deadly Spy of yore. Tiger (Salman Khan) has bonded the secret agents of the sub-continent in order to rescue a gaggle of South Asian nurses stranded in war torn Iraq. The boys sweet talk each other about commonality in their lust for food, music and Hindi films; they wave their respective national flags from a getaway vehicle; they fantasise about how they could have won the World Cup with both Wasim Akram and Sachin Tendulkar on the same team. It is all very sweet and romantic, and the only thing missing in this boy-boy love story is a song and dance routine around cactus bushes in the deserts of Iraq.

The incident on which this rescue film is based turned out quite differently from the way it is shown. When 46 Indian nurses were stranded in a hospital in Tikrit in June of 2014, it was the frantic and secret negotiations conducted by the Indian Embassy in Baghdad that got the ISIL militants to transport the nurses safely to Mosul, and thence to freedom. Reportedly, none of the nurses were harmed or treated with disrespect. It was a success story of top class Indian diplomacy.

In ‘Tiger Zinda Hai’ the Chief of the ISIL in Tikrit, a man called Abu Usman (Sajjad Delafrooz), is an educated, Hindi speaking Islamist who lived in Delhi for many years, before he left for higher studies in New York. After 9/11 he was arrested for being a Muslim, and his subsequent treatment by the Americans, he says, turned him into an Iraqi freedom fighter. He is now a cold blooded fanatic and the only one in the movie with a definitive and well articulated political position. He becomes, naturally, the only villain in the movie.

But it is the heroes who are the problem. By the time you get to the first hour mark, this movie has lost its audience. Salman does his bit, but it is a collaborative mission by definition, and the film has too many good guys for its own good. In the end, there is no plot left to unravel, no mystery set to unfold, and no anticipation of a romance of the boy-girl kind. Tiger is a married man with a little boy who is now safely in India. His Pakistani wife Zoya (Katrina Kaif) is an even more deadly secret agent than himself and, once the Indo-Pakistani Co-operative Society is formed, she joins the rescue mission. You know the nurses are in safe hands.

The action sequences of the mission, particularly those executed by the athletic and svelte Katrina, are well done. But they are repetitive and metronomic. You may not know the exact version of the scene to come, but you know the tone and hue of it, and the film ends up as a crashing bore. This Christmas movie will let you down.