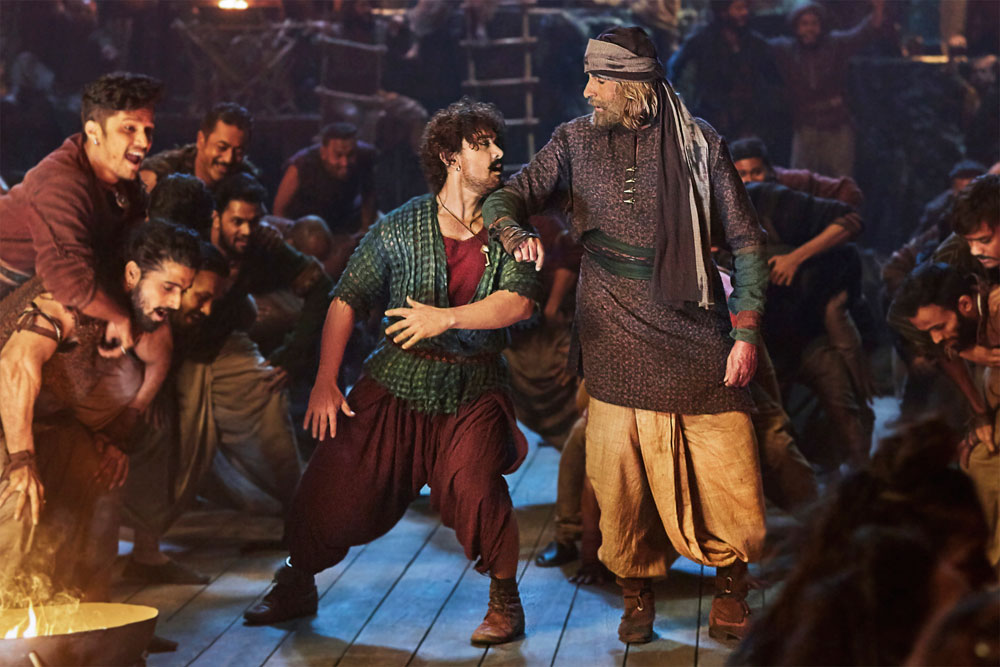 The most fascinating political relationship of the East India Company was the one it had with the State of Avadh. Satyajit Ray’s ‘Shatranj Ke Khilari’ documents some aspects of this alliance. ’Thugs of Hindostan’, however, is set far away from this description of the decadence of the Avadhi nobility and the avariciousness of the British in Lucknow. It is a fictional tale about a fictional India of the late 18th century.

Yet, two characters in the film, associated with Avadh, have an uncanny resemblance to people in history. One person is Henry William Sleeman, who was a dedicated English civil servant with a gift for learning languages. He spoke Urdu and Hindi perfectly and wrote an 800 page report on Avadh, which is still considered to be one of the most detailed and accurate. He was later made General Superintendent of the Operations for the Suppression of ‘Thuggee’. During his tenure, he broke the back of this murderous organisation by capturing a thug called ‘Feringhea’ and getting him to turn ‘King’s Evidence’, or witness for the Prosecution. ‘Feringhea’ spilled the beans on hundreds of thugs, with their names and locations, which enabled the Department to arrest a substantial number of the outlaws. Sleeman subsequently wrote three books on the Thugs, which still remain source material for much fiction on the dreaded practise of ’Thuggee’.

In short, the subject of ’Thugs of Hindostan’ is rich with history, crime, punishment, and romance. But the makers of this film have added a fatal twist to it, one that is totally ahistorical but very much grist to the mill in Hindi films these days. They have brought in patriotism and nationalism, and through a superhuman effort, turned Firingi (Aamir Khan) and Khudabaksh (Amitabh Bachchan), the Chief of the Thugs, into freedom fighters, the prototypes of the ladies and gentlemen who fought for ‘Azadi’ and brought us freedom from the British in 1947. This is balderdash, and another missed opportunity for writers and film makers, now obsessed with the national past time of altering history to suit a political agenda.

Furthermore, the film is poor entertainment. The graph of the screenplay is a complete flatliner. The story starts and moves majestically in a single straight line, with very few ups and downs. So horizontal and toneless is the telling, at least till the interval, that an audience may actually fall asleep. There are two big movie stars cast in this film. Yet, if we look at the way each one is introduced, it is extraordinarily careless. Neither is given any backstory whatsoever. They just appear from thin air as fully formed dramatic personae.

Amitabh Bachchan suddenly comes charging on a horse and rescues a little girl about to be killed by an evil British Officer. The next time we see the duo is when the girl is a fully grown woman called Zafira (Fatima Sana Sheikh). What is the origin of the Bachchan character’s fury, and his passion for ‘Azadi’? How did he take care of Zafira all these years and train her to be a fighter like himself? The script is full of blank pages we are left to fill in for ourselves.

But Aamir Khan’s character really takes the cake. Firingi turns up at a convoy of travellers, a group of wealthy merchants that the ‘thuggees’ of that period traditionally baited. He charms them and then robs them of their money, goods and ornaments. A little later we see him with his favourite nautch girl (Katrina Kaif). Still later, we see him on very familiar terms with English Officers. He is clearly a reliable informer, and the evil British Officer, John Clive (Lloyd Owen), a character most certainly based on the civil servant, Henry William Sleeman, cynically uses him, as Sleeman did ‘Firinghea’ in his time.

Once again, we know nothing about Firingi. He makes an entrance without any introduction. Aamir Khan plays him very much like he did the pretentious music director in ‘Secret Superstar’, full of fake gestures and false assumptions, but without the humour of the earlier film. In this film he is more of a clown, which is unbelievable, given the dangerous environment that he operates in. A scoundrel he may be, but one mistake and he is a dead man. This is the kind of tension that never comes through in the film, and which is what turns it into such a boring movie.

In a sense ’Thugs of Hindostan’ is like a badly planned video game. It has a shortsighted field of play, without any rising tempo, and without any new challenges introduced at crucial parts of the narrative. One can say all this in hindsight, when the film is complete – but it is also true that these flaws should have been clearly seen on the completion of the screen-play.