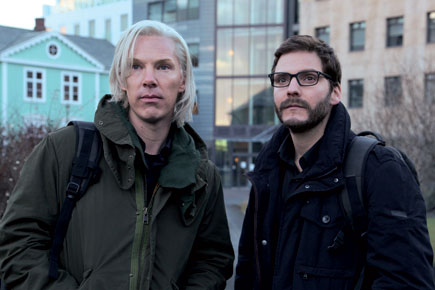 
Even if it is the Devil’s advocate telling us the story of The Fifth Estate, it is absorbing. The movie may not give us an accurate picture of Julian Assange, his personality or his contribution to journalism, but frankly, we are not going to get that for a few decades yet, at least not until his work is done.

However, we do get a sense of how he hacked through the firewalls of secrecy that corporations and governments set up between themselves and ordinary citizens, and we are given a sense of how radical that is in any period of history. As a remark attributed to George Orwell goes: “In a time of universal deceit, telling the truth is a revolutionary act.”

The film is based on a couple of books, one by Assange’s former partner at WikiLeaks, Daniel Domscheit-Berg (played by Daniel Brühl), and it is through his perspective that we see the maverick founder-editor of the organisation that, in 2010, released thousands of the US government’s diplomatic cables, the political reverberations of which continue to be felt. The two parted ways bitterly, primarily because Domscheit-Berg came to the conclusion that Assange was amoral as a person and a journalist, accountable to no one but himself.

Despite this bias, by the end of the film we have a pretty good sense of the genius of Assange (wonderfully played by Benedict Cumberbatch). We get a measure of this man’s achievement, his bravery, his quirks and his absence of ethics. We understand, precisely through the perspective of his restrained—and dare we say pedestrian—partner, the quality of character and leadership that was needed to throw all caution to the wind and send the US State Department scurrying for cover.

That said, in order to cover extensive terrain quickly, and because it is the dramatic history of a website, the film ‘surfs’—designing the screen like a computer window while sifting through information—along, which can be disconcerting and cause you to lose some of the big picture.